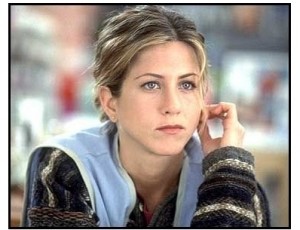 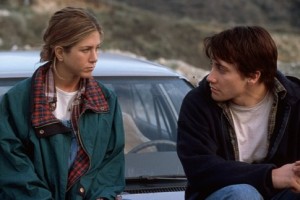 A simple woman’s tale that gets exciting once she decides that she is bored with her life and ready to try something new.

The Good Girl is a hometown, young woman in crisis movie about rural america, where the main character, Justine, works at a giant retail store and lives an unhappy existence. She’s a dark character in a dark movie that seems like a cross between igby goes down and waitress. In igby goes down, the main character was a take on holden caulfield, the protagonist of the book catcher in the rye. Well, here, in The Good Girl, Justine (played by Jennifer Aniston in her best and juiciest role to date), starts having an affair with a young man who works with her and calls himself holden after that very same fictional story book character.

Jake Gylenhal plays holden, the depressed loon, and he has fun with the role. But it’s a very simple story, at least at first, as justine is unhappy with her idiot husband, john c. reiley, and cheats on him as a result. The truth is, she isn’t just unhappy with him. She’s unhappy with her life. She hates where she works, but doesn’t have any notion to do anything about it. And she starts seeing holden mainly because she’s curious about him and bored.

The movie does a fabulous job of taking us into this character’s life and making it feel real. The Retail store and the way characters speak are quite funny, in a black comedy, almost depressing kind of way. Zooey deshchanel appears in a small role, where she’s almost unrecognizable aside from that voice. her character entertains herself by making lude remarks over the pa system. Until she is taken off of it by her manager, the husband from fargo.

At work, it’s justine and her best friend, and holden. And then there are a couple of side characters, like deschanel, the manager, and mike white (the guy who wrote this movie), as a bible-study loving security guard. And aside from justine going back and forth between her job and work, and stopping off for an occasional romp at a motel with holden every so often, nothing really happens for a solid portion of this movie.

And then, pretty far along the line and just past the halfway point of the movie, it finally kicks into gear. there’s a surprise involving justine’s friend at work and then another one involving john c reilley’s best friend who is always over their house. Soon justine is in a hot water situation where her hands are kind of tied.

From there, justine is forced to make some serious decisions about her relationship with holden. especially when he turns to crime and puts her right in the middle of it. And on top of all of this, she suddenly finds out she’s pregnant and has no idea who the father is. The movie goes from 0 t0 10, just like that.

It starts as a very slow, dull film, and i completely understand that that’s intentional to let the audience feel like justine does and understand why she’s so depressed. But the movie has big plans for it’s character, and no sooner does one shocker hit, then more and more start piling up, as if they were just waiting for the right moment to strike. Suddenly justine is juggling three different men and hiding secrets and being questioned by the police.

The Good Girl is an enjoyable film that definitely gets better and better as it goes on. Jennifer aniston finally gets a serious chance to act here, and she does it well. And there’s humor all over this movie in very dark form. But while it might be this movie’s plan to keep things slow in the first half, the second half really points out what the first half might have been. there needed to be more conflict there.

The movie would make the argument that the conflict needed to time to build. It would say that by boring us the same way that justine was bored, it was showing us why she might start up an affair with holden. it wasn’t that she wanted to cheat on her husband or didn’t love him anymore, but just that she was looking for some escape.

And like all great journeys, her path does spiral out of control in ways that are unpredictable and chaotic. One conflict leads to another and then another, and pretty soon justine is practically force feeding poisonous blueberries to holden, not even thinking about what she’s doing. this movie takes some very strange turns, but in the end, it gets us to the right place, dark as it may be.