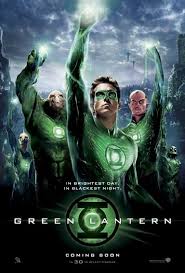 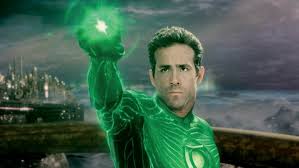 a strange combination of superhero action and comedy that is pretty decent, especially in it’s first half.

The green hornet is actually fun. I say it like that, because who would think Seth Rogen would make for a good superhero. The casting of him in the title role is very odd, considering that he is known as a pudgy stoner comedian. But then again, the choice for director here is odd too, with Michael Gondry (Eternal Sunshine of the Spotless Mind, Be Kind Rewind) being brought on boar to helm the film. And the funny thing is that it is only because Rogen is the star that the movie works. The comedy here is the number one best thing about this picture.

There is a new style of action designed for this movie that is being called Kato vision. It basically means the weapons that bad guys are holding light up as a bright red and then fly at the screen, showing us that Kato is processing them. While that is happening, he goes to work beating bad guys up, primarily by disarming them as quickly as possible and then using their weapons he. It is a very cool technique. There’s a lot of slowing down the movement speed here, where the villains move in slow motion while Kato runs all over the place kicking their buts at normal speed. I don’t really like that technique, and haven’t liked it since The Matrix, but here since it is combined with the Kato vision, it works.

As the movie goes on, it does lose our interest, and that’s unfortunate since it’s first half was so promising. When Kato and Britt go at it for a lengthy fight in the mansion, it is just stupid. And the villain changing his name and appearance towards the end of the movie is kind of dumb too. Especially when he comes up with a line to say to people before he kills him that takes time just for us to process. Basically, the comedy that worked so well in the first half kind of falls flats in the second half. I think by the second half of this movie; we were ready to get deeper into the plot and the action. Now there are new plot developments in the second half, such as a potential corruption deal that Britt’s father might have been involved in, but it all seems convoluted as opposed to breezy and light. Even the action, as the movie heads to a climax, becomes forgetful and over the top, causing us to lose interest. This movie had a lot of things going for it, and was often a great deal of fun, but by the end it definitely ran out of steam.