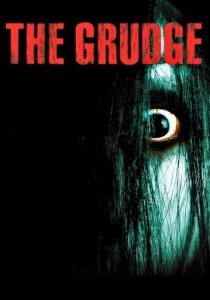 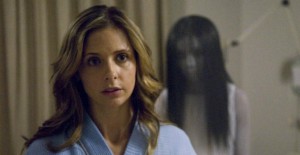 It’s stir of echoes meets the ring, with only a little bit of creativity that comes from the mystery reveals.

There’s not a great story here, and the mystery is nothing special either, but what does work about this movie is the way that it jumps around in time. this is basically the story of a haunted house, more than it is the story of any one character. so we get to see the house at all different times, with different characters living in it. and we cut back and forth between these stories to see what happened to each character. sometimes the movie goes off the tracks and seems to be just filling time, but more often than not we get pretty cool scares and an interesting method of storytelling. i would have preferred a stronger plot and mystery, but the movie is certainly interesting for the way it goes about telling it’s story. this movie does a better job with the structure of the story than it does with the story itself.

all of that is what makes the movie feel routine. but it does have one thing going for it, that separates it from other films in the genre. it has a fractured narrative and a mystery angle. the mystery angle is about why these ghosts are coming after people and who these ghosts actually were before they were killed. when you think about movies like the ring, or stir of echoes, you realize that there’s really nothing new about that. i gives us something to look forward to as the movie goes on, the notion that there will be answers coming up, but there’s always a reason, and some are better than others.

The Grudge doesn’t have the greatest reason. most movies that go this route have the killer be someone who is a main character. The Grudge goes a different route. it doesn’t have any surprise killer. instead, it has a fractured narrative. that means it has a story that is told out of order with lots of jump backs in time, showing events that happened at various intervals in the timeline. it’s the one thing that really does work out for this movie.

we start at the japanese apartment of an american college professor (bill pullman). the character wakes up one morning, steps out of bed where his wife is still asleep, and walks over to the window. he opens the door to a balcony, steps out onto the balcony, looks over the ledge, and then lets himself fall over the side. it’s very strange. he’s not exactly jumping, and nothing he did before this led us to believe this was going to happen.

what is even more strange is that the movie doesn’t come back to this character and start giving us answers about who this man was, for quite a while. instead, we meet some new characters. there’s karen (sarah michelle gellar) and her boyfriend, doug. they are also american, and he followed her over to japan to be with her. karen works as an in home care taker who helps out elderly people who can’t really look out for themselves.

she is sent to the home of emma, an older woman, when the girl who usually takes care of emma doesn’t show up to work one day. karen’s boss, alex (ted raimin, brother of legendary director sam raimi,) sends her out on the job. now it should be noted that sam raimi did not direct this movie, but he produced it, and he’s pretty much the one who got it made. on top of that, raimi has horror movies in his blood. from his early evil dead films to his more recent movie, drag me to hell, this guy does intelligent horror better than anybody else. and while he didn’t direct this film, his mark is all over it.

while karen is out the house, taking care of emma on that first night, strange things start to happen. she sees a black cat and follows it into a closet where she comes across a little boy. then she goes downstairs to make a call about the boy and suddenly finds emma in a trance. karen runs into the room to help emma, and suddenly there’s a giant spirit hovering over her.

this is where we cut. we leave this story and go on to see a flashback to an earlier story about the house. this is the story about how emma came to live in the house. she looks at the place with her son and daughter in law. this young couple is matthew and matthew and jennifer (willaim mapother and clea duvall.) the three of them decide to take the house and then one night while matthew is at work, strange things start to happen to jennifer. when matthew gets home, jennifer is frozen in bed and matthew doesn’t know what to do. then he sees the spirit of an crawling woman and she grabs him. this is where we cut again.

the cutting away part might sound annoying, but it is actually kind of cool. we don’t need to see the actual killing, and by jumping out of stories the movie leaves us wanting more. it also leaves us very curous about what happened. unfortunately the movie takes a turn downhill right about now. we suddenly get the introduction of a new character, matthew’s sister, who is also in japan. and the ghost spirit starts to follow her. it turns out to be one storyline too many, especially since this character really doesn’t have much to do with the others. if she had come to the house and visited matthew and her mom, then it would be easier to accept. we could at least say that the ghost followed her. but the way the movie handles it, it feels kind of random, and more like time filler than anything else.

the movie does get a little better after this portion of the film is overwith. we come back to the karen story and also back to the matthew and jennifer story. we learn what happened to that young couple, and then start to get more answers about the bill pullman character. there’s nothing special here, other than some pretty cool scares and horrifying looking ghosts. but the mystery itself doesn’t really amount to much, and it’s a little bothersome that pretty much every character in the film is american when the movie takes place in japan. the coolest thing about the movie is the way it cuts between different characters and different points in time, as if the house is the main character, and we get to see the house with different people in it, in different points of it’s life. strange stuff. the story isn’t great, but the method of storytelling is pretty cool.