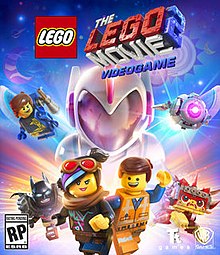 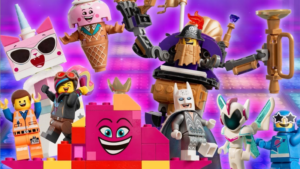 Not nearly as good as the original Lego movie, but still a pretty fun film with tons of jokes for adults.

This is a fine sequel. That is to say, it’s not even close to as good as the original Lego Movie, but most sequels aren’t, so that should come as no surprise. What the movie does is give us a new story with new villains, and even a new world. When invaders from space come down and turn the Lego world into a barren wasteland, our heroes are forced to deal with a new foe. Especially when most of the group is kidnapped and brought into outer space. It’s up to Emmet to get up there, into the atmosphere, and rescue them. The movie has the same level of rapid fire humor as the first movie had, but the originality of it all is clearly missing. Especially since we’ve had so many Lego films since the original, (Lego Batman, Lego Ninjago.) These movies always turn out pretty good, but out of all four of them, this one is probably the weakest, simply because it is the first one that feels like nothing new.

The Lego Movie 2: The Second Part is a pretty decent kids film. This one isn’t nearly as creative or original or fresh as the first movie, snd that’s to no fault of its own. A sequel really never is. The rare times when you get a sequel that is better than the first film, it’s because the first movie wasn’t all that great to begin with, and the second one took what was good about the first one and really built on it to perfection. We’re talking about movies like Terminator 2 and Aliens. We’re also talking about movies that are worlds away from the Lego Movie series. Hardcore R rated sci-fi films versus family friendly animated children’s entertainment. And on top of all that, the first Lego movie really worked. It was great. So there’s no way the second movie is going to top it. That being said, it does put in a full effort and pretty much delivers.

The movie starts with the way the first film ended. At the end of that first movie, we learned that the legos were being played with in the human world by a Dad (Will Ferrell,) and his son, Finn. And the movie ended with the daughter, Bianca, being invited down to the basement to play with the toys too. Bianca was much younger than Finn, and she wasn’t even using the same materials. Instead, she brought Duplos to the party, which are much bigger building blocks than Legos. And so this second movie begins with the Duplos showing up and basically challenging the Lego pieces and the Lego world. The first movie used the Duplos as a sort of end of movie joke, and this sequel shows us the ramifications of having them show up.

Time goes by, and the movie jumps to about five years later, when the Lego world has become a barren wasteland that they now call Apocalyseburg (think Mad Max: Fury Road.) Our protagonist, Emmett,  (Chris Pratt,) always the optimist, doesn’t let anything about this ugly dystopian future get him down. Instead, he builds a dream house for he and his girlfriend, Wild Style (Elizabeth Banks.) The problem is, the dream house is so nice and big, compared to everything else in the barren wasteland, that it stands out, even from space. And so enemies come down looking for trouble and go right to his house. These enemies are actually Duplo characters as well, and they are the workers of a Queen in space who is looking for a husband.

The Queen is named Queen Wanevra, (played by Tiffany Haddish,) and she is pretty serious about looking for someone to marry. Haddish portrays the character with all the flashiness, sassiness, and pizazz that you would hope she could bring to the role! Talk about great voice casting.  For a while, it seems she has her sights set on marrying Batman too. This leads to some pretty funny jokes where the movie references all the different actors who have played Batman over the years, from Adam West all the way through Ben Affleck. The Batman Lego movie had fun with events from each of those movies, but this movie actually refers to the actors. And each one represents a different version of the character. This is the kind of humor that is completely for adults, and it definitely works.

There’s a lot more where that came from. There are tons of jokes for adults throughout this film. And while the movie doesn’t find the ability to make fun of all superheroes, the way that Deadpool and Deadpool 2 did, this one certainly has a good time laughing at the characters from D.C. comics and Warner Brothers. In the first Lego Movie, they brought in Star Wars characters and the Milenium Falcon space ship. But here, you can tell that Warner Brothers doesn’t want to give any more promotion to Disney owned characters and properties. That’s why the most we get in that department is a quick mention of Marvel Studios.

But with D.C. superheroes, this movie goes all out. Batman, Superman, Wonder Woman, Green Lantern, and even Aquaman are on hand. And you better believe this version of Aquaman looks and sounds just like Jason Mamoa, after the surprising success that that movie had at the box office just a few months earlier. The jokes include Batman being nowhere to be found because he’s off on a standalone adventure (like “a stand alone movie,”) and how the team keeps leaving the Green Lantern behind, as if they want no part of him. It might have been nice to also get a joke about how ridiculous it is that Aquaman did better than the Justice League as far as popularity, or even a funny joke about the Martha – our mom’s have the same first names – did we just become best friends? bit from Batman vs Superman. But this movie still does a lot with what they’ve got at their disposal.

While most of our characters have been kidnapped and taken into space to be put in front of the Queen, Emett has somehow managed to get away. He knows he has to go rescue his friends, but isn’t sure how to begin. That’s when a character named Rex comes along, just in time to help. Rex shows Emett the ropes as far as how to get to space and what he can do to help his friends. But there’s a big climactic twist involving who these new characters in the movie really are, and even a little bit of time travel. In order to do that, there are some fun references to Back to the Future, the Time Machine, and even the Terminator series.

At the end nd of the movie, this film goes back to something the first movie did. It brings us out into the real world to show us how everything wr’ve Been witnessing could be occurring in the world of humans, where these are all really just tiny toy pieces. This time, it doesn’t work half as well as it did the first time around. The first time, they made it all about something called the Kraggle (Krazy Glue,) and Will Ferrell. All they had to explain was a city, which was easy to do with a display in the basement of the humans house. This time around, Ferrell is pretty much nowhere to be found (replaces by Maya Rudolph as the mom,) and they have to explain outer space. They don’t really pull that off.

Instead, they use time travel, and a character getting stuck under something to explain how the same character can coexist in the same timeline. It’s basically loopy doopy time travel stuff, the likes of which we get all the time these days in both movie and tv shows. Case in point, the exact same weekend this movie opened, another alternate timeline movie also came out… Happy Death Day 2. Now, it does make for a cool twist here, but the movie might have been even better if they found s way to do the twist or something like it, without the time travel.

At the end of the day, The Lego Movie 2 is okay. It’s fun, and has lots of quick jokes, but there’s not much memorable about it. There’s not much to walk away from it with and be excited about. With that in mind, it might actually be the weakest Lego movie yet. This one certainly doesn’t come close to the first Lego Movie or Lego Batman. And even the Lego Ninjago movie has much more going for it, (the giant Mech robots, the villain voiced by Justin Thereoux,) then this movie does. Still it is fun. Just not very memorable.