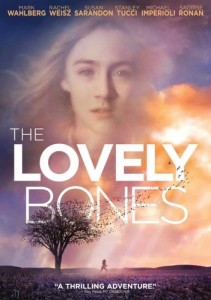 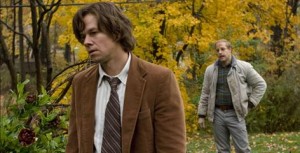 A movie that seems to be unable to make up its mind or find the right tone, as an interesting premise ends up all over the place as a mess.

The Lovely Bones is peter jackson’s follow up to giant fantasy spectacle films. He had the lord of the rings trilogy and then he had the lousy king kong remake after that. The Lovely Bones is somethinG different. It’s more like his early film, heaven’s prisoners, which also branched tragedy with fantastical, imaginary elements. And for jackson, it is him trying to show that he can do other things besides giant action adventures. He used to be a low budget, artsy kind of filmmaker and he wants to show that he can still do that sort of thing. it’s kind of like how sam raimi left the spider man movies and right away went and made Drag Me To Hell to show that he could still make the same kinds of movies he used to. only Drag Me To Hell was an exercise in greatness and The Lovely Bones doesn’t really work at all.

The movie is about Susie salmon, a girl in junior high, who is stalked by her slimy pervert of a neighbor (stanley tucci). he watches her and devises a plan of how to capture her and then kill her. But that’s only the beginning of the movie. after that, the film becomes about the family. Mark wahlberg plays the dad, trying to cope with the loss of his daughter, and he really becomes the main character of the film (susie was the main character up until she was killed.)

So now the movie becomes about susie’s family, but at the same time, it continues to follow susie. it follows her into a layer of space that is between heaven and earth, known as “the in between.” And through this layer, susie can just slightly still communicate with her family. really it’s more like she can sometimes see what they’re up to.

But this new world or fantasy space is not really explored. we get a couple of images of different things happening there, but there really are no rules or explanations to how it all works. Inception had more rules about the different spaces it’s characters entered into, and that was more of a mystery/crime/action/heist movie.

The Lovely Bones spends a good amount of time with mark wahlberg’s father, but all he really does is put together his own paint by the numbers investigation. he calls up the police detective (the sopranos’ michael imperioli) with a bunch of names of suspects that he should look into, but he comes off sounding more like a raving lunatic than anything else. And we’ve seen that before. usually it’s taken more seriously, like in zodiac, where the guy becomes really obsessed and it’s pretty interesting. but here, in The Lovely Bones, peter jackson treats it more as comedy to show how ridiculous wahlberg is being. that’s not a smart move for the movie.

This movie was meant to be a drama with some fantasy elements mixed in. But as if that wasn’t enough, jackson does resort to comedy a number of times with a number of different characters. one of these is susan sarandon who plays the alcoholic misfit grandmother. It’s a cliched role and even though it’s still slightly funny as she sets food on fire, has the washing machine overflow, and stuff like that, it’s out of place in this kind of movie. how do you go from a little girl being raped and killed to a mr. mom house disaster comedic situation? I’m sure the reasoning behind it was that it would lighten the tone a little bit, but is that really what we want? It certainly doesn’t help us get invested in the story.

for this movie to have been done right, it would have needed to be something more like the vanishing. the kiefer sutherland / jeff bridges film from the early nineties. in that movie, sutherland really did want to find out what happened to his girlfriend, and couldn’t go on until he knew the truth. that obsession led him to follow her path and confront the killer. The Lovely Bones offers none of that sort of thing at all. it’s too busy changing it’s tone to comedy.

the storyline about stanley tucci as the killer and the different salmon family members who pursue him, is the best thing about the movie. tucci is fantastic here, menacing and creepy and totally believable. Wahlberg gets suspicious about tucci and then after that, his other daughter goes after him, herself, snooping around his house trying to find evidence that will link her to susie. this is tense and thrilling and absolutely the best stuff in the movie. unfortunately, the way it ends is kind of a mess, with the girl returning home just as something else big is happening that completely throws the story off it’s tracks. what a mess.

The fantasy stuff doesn’t work at all, simple because it’s not explored. we only get brief scenes of susie in this other world, as if jackson wanted to show us the visuals, but didn’t want to spend any extra time on it that could have been devoted to his story on earth. he’s right that the earth story is the important one, but he still wastes too much time with this other world. i realize, of course, that the movie is based on a book and that this fantasy world was probably a major part of the book, and i’m sure it was described brilliantly, but here, it takes away from the movie.

The reason why The Lovely Bones doesn’t work is because it tries for too much. It’s got the murder mystery angle, which is really enough for any movie. and then it adds the otherworldly fantasy elements to that too. that should have been it. as it is, the fantasy scenes would be a diversion away from the gritty murder story. but on top of that, jackson brings in comedy. and the movie seems to be all over the place. i wanted more of the stanley tucci pursuit, but this movie had too much else going on to focus in on that. i won’t say that none of the fantasy elements worked, i mean, i thought the ships in bottles being destroyed in gigantic form in susie’s world was pretty cool, but so what? it certainly wasn’t worth moving away from the mystery for. and as far as the mystery and pursuit of tucci goes, after the sister leaves his house, everything is handled poorly. from her returning home to tucci’s pushing a box over at the end, the movie constantly drops the ball again and again. this is the very definition of how overstuffing a movie can be a cause for disaster. this movie needed more direction and focus and instead just threw a thousand things at the screen hoping some would stick. the problem is, not many of them did.