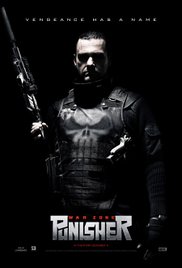 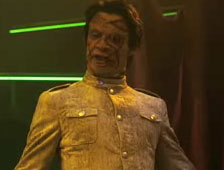 An intentionally stupid and corny movie that does have cool and graphic action, but not much more.

The Punisher: War Zone was a movie that was made to be just as bad and corny as an 80s B movie, and also just as fun. In the fun part, it was somewhat lacking. The movie was meant to do what the punisher film that came before it (the thomas jane and john travolta version) didn’t. It was meant to be ultra bloody. To be super hardcore. And it was. It was extremely grotesque with body parts being lopped off, faces and bodies splitting opened, and all sorts of other nasty things.

Now, this happened to be one of the appealing things about it. Sometimes it’s nice to watch a stupid movie with good action. I certainly enjoyed this movie a lot better than something like clash of the titans or any other movie where the action was entirely computer generated. This action was real and it was bloody as hell.

The reason to see this movie is for domenic west. At least that’s why i saw it. This guy was the star of the HBO series the wire, which is up there with the best tv shows of all time. And he was the main star. Here, in punisher, he’s hamming it up, having fun with the role of the villain, and it’s bad, but it’s bad on purpose. Nobody’s going to take this movie seriously, and that’s exactly the point.

So why is the movie so bad? Because the plot is recycled garbage with everything from the hero damaging the villain’s face and then the villain getting a new look to come back and seek revenge (tim burton’s batman with the joker), to a showdown between rival gangs or organized groups at the end that really don’t have anything to do with the initial plot or main characters (true romance, domino).

The dialogue is equally bad and corny. You can laugh at almost any line in the movie and the serious expressions on the actor’s faces when they say them. Ray stevenson, the star, is a lousy actor. That’s just one more contributing factor to how bad the movie is.

But it does manage to draw enough known actors to the table that you can enjoy watching for the familiar faces. Aside from west and Stevenson (the assistant bad guy in book of eli), there’s doug hutchinson (percy, the bad guard, from the green mile), and wayne knight (seinfeld’s newman), on hand.

as lousy as the movie is, it’s not unwatchable, and in some ways it can actually be seen as fun. The action is good and the hardcore graphic element does what it sets out to do. This isn’t a movie to in any way take seriously or make a night out of or anything like that, but sometimes it’s nice to be a little lazy and throw something in that you don’t have to think about. Something corny and campy with good, hardcore action. That’s exactly what this movie is. It’s certainly bad, but that’s what b movies are supposed to be. And it does have redeeming features. I enjoyed the thomas jane, john travolta version much more, because the stars and storyline were noticeably better, but this movie is kinda fun in it’s own way.