The State of Superhero Movies (November 2022) 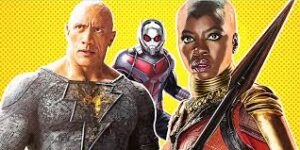 Here we are in November. Black Panther 2 has come out, and it debuted with a weekend domestic box office of $ 180 million dollars. Now the reason why that number is significant is because it means this is the second biggest movie opening of the year. The only opening that was bigger… Doctor Strange 2, with $ 187 million. And that movie, of course, is another Marvel property.

So what exactly is going on here? Are these movies just out of control in terms of popularity? The answer is, unquestionably, yes. Especially when compared to other, non/superhero movies. And as a huge fan of the MCU, this is generally a good thing. Or is it?

First of all, these movies have clearly cannibalized the industry, to the point where in a recent interview, Steven Spielberg spoke about “Marvel movies, DC movies, and Pixar movies,” as the three current money making movie giants of the industry. I didn’t even know that Spielberg knew what DC was. Marvel, sure. But now DC too? I suppose that’s how far down the rabbit hole of superhero movies we’ve gone at this point.

And the real reason why this is a problem is because a lot of these movies aren’t very good. In many ways they’re getting worse and worse. Of every movie Marvel released in their self-titled Phase 4, there were only two truly good ones … Spider Man: No Way Home and Shang Chi: The Legend of the Ten Rings. After that, the rest have been either just okay, or actually bad.

This new Black Panther tops the list of just okay movies. Also on that list are Thor 4 and Black Widow. But those two are generally considered kind of lousy. They are nothing compared to what we used to be getting. Thor 4 isn’t half as good as Thor 3,  for example. Black Widow isn’t nearly as good as any of the Captain America movies. And yet, still, these movies are far superior to the movies at the bottom of the list…

Those would be the stinkers. Eternals and Doctor Strange 2. Eternals has got to be the most boring and inconsequential movie (how do you have a movie about gods that doesn’t factor into any other movie or property in the MCU? Not Moon Knight which was about spirits or Thor: Love and Thunder which was literally about gods? Talk about making Eternals the black sheep that Marvel wants to pretend never existed at all. And Doctor Strange 2 may have done well at the box office (riding the wave of the monster hit Spider Man: No Way Home,) but it was just a mess. A movie where the protagonist hero is a zombie for the entire final act? Really?

If all this sounds bad, a look over at DC, which just released Black Adam, is only going to make things worse. It’s almost as if that movie was taking a bet to see how many things they could get wrong. It is down there on the list of the worst superhero movies ever made by either the MCU or the DCU. I mean this thing is worse than Batman Vs Superman. Much worse. And between Black Adam and the Eternals, we’ve got some really really bad movies in just the past year (that movie came out about one year ago, in the Fall.)

So what makes these movies so lousy? For one, CGI effects have taken over to the point where it doesn’t seem like stunts are being done anymore in any way, shape, or form. Remember when guys like Jet Li and Jackie Chan did impressive and amazing stunt work? Now it’s all just computer effects which don’t look the least bit believable. Thank god for the John Wick movies (the newest one is going to feature Donnie Yen, a throwback star of Hong Kong Kung Fu cinema, just like those previously mentioned actors.) But superhero movies have really lowered the bar in terms of action. When director David Leitch goes from making John Wick to Deadpool 2, Hobbs and Shaw, and Bullet Train, all featuring CGI over practical effects, you know we’re in trouble.

So the action of superhero movies is lousy (although the Russo brothers sure found a way to make it look good, starting with Captain America: The Winter Soldier.) But what these super hero movies have done, on a positive note,  is they have raised the bar in terms of interconnected stories that fit in the same universe, a “sub genre,” that didn’t even exist before Marvel. This is something that really resonates throughout each movie. Whenever you see a character who pops up in multiple movies about different heroes (like Ben Kingsley going from Iron Man 3 to Shang Chi,) it’s a welcome addition. And some of these character pop-ups push the movies to the next stepping stone. Most recently, for example, the character Val at Marvel (played by Julia Louis Dreyfus,) has been popping up again and again as the new Colson or Nick Fury.. And that brings us directly to the doorstep of the road ahead.

Here’s what we have coming up… 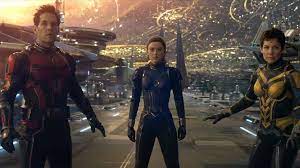 Black Panther: Wakanda Forever, ends Phase 4. (November 2022.) After that, we are back with Marvel in February with Ant Man and the Wasp: Quantamania. Now the last Ant Man movie was pretty lousy and a mere blip on the radar of everything going on with Thanos in the MCU (it literally went from an Avengers movie where half of the heroes died, to watching Paul Rudd run around and change sizes for comedy.) Luckily, this third Ant Man movie looks to be learning from its predecessors mistakes.  if that movie had nothing to do with the villain, the infinity stones, or the big picture, this third movie looks to be doing the opposite.

This is the movie that is really going to give us the new big bad villain of the MCU, Kang, played by Jonathan Majors (the same way they used the first Guardians of the Galaxy movie to build up Thanos.) Now Kang has been introduced to us once before (in the Loki series,) the same way that Thanos was first introduced to us at the end of the first Avengers movie. But Ant Man and the Wasp Quantumania will be the movie that really showcases him, just like Guardians did for Thanos. This idea, of making Kang the villain of that movie, automatically makes the new Ant Man movie relevant to the big picture Marvel has planned. So it’s a very good thing. 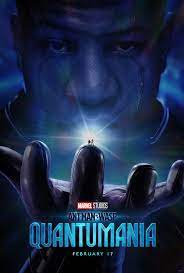 Speaking of the Guardians of the Galaxy. That’s up next. Guardians of the Galaxy: Volume 3 (May 2023.) This one will most likely be about two main things… Gamora and Adam Warlock. The first half will probably be about bringing Gamora back onto the team, getting her the memories back of everything that happened before Thanos (technically this is a different Gamora from the past, who never was on the team or had those memories, but I’m sure they’ll treat it like a form of amnesia and find a way for her to see everything the other Gamora experienced.) Then there’s the Adam Warlock thing. Something tells me he’ll be a villain or antagonist at first until he joins up with the heroes by the end, not unlike Namor in Black Panther 2, or everything the Fast and Furious movies do with their villains. Basically the story doesn’t seem great (although what it’s about is all speculation at this point,) but we’ll have to see. I wouldn’t put it past writer / director James  Gunn to come up with something really clever for the third and last film in the series.

This one hasn’t really caught my attention yet. The idea is that there are three “Marvels,” now, not just one. There’s Captain Marvel, Ms Marvel (from the Disney Plus show,) and Monica Rambeau, (from Wanda-Vision,) who has got some super powers now ot her own. With no word yet on the story or villain, there’s too little known to really make any judgement on this one. But what we all want to know is when the Fantastic Four are coming and when the X Men are coming. That’s something we’ll have to keep waiting to hear about. 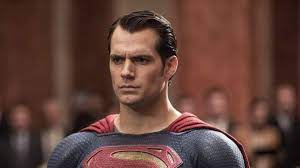 At the end of October, DC went through some changes at the corporate level. Walter Hamada, the guy behind everything DC movies for the past fifteen years or so, left. This is the guy who was behind the DCEU, which started with Man of Steel. And he was replaced by two co-chairs and co-CEOs. James Gunn and Peter Safran. Gunn as the creative head and Safran as the financial / producing head.

This is incredibly interesting because unlike most CEOs, Gunn is actually a filmmaker (we were just talking about him a moment ago with the Guardians of the Galaxy movies, which he wrote and directed.) Well, he jumped ship from Disney and Marvel (although he still has two Guardians projects from them on the way… the Guardians Christmas special and Guardians 3.) But all of that will be over by May, and then Gunn will be DC all the time.

And Gunn has already helmed two things for DC… The Suicide Squad (which was great,) and The Peacemaker (the HBO Max series.)Now he’s ready to move to the next level. Gunn has said recently that he’s Interesting in telling a single, interconnected story, the way that Marvel does. It’s about time. He has already rebranded the name as the DCU instead of the DCEU. A small change, to be sure, but one that certainly makes it sound more like the MCU.

And Gunn has recently gone on record talking about the five characters who will be most important to DC films going forward. These type would be Superman, Batman, Wonder Woman, Aquaman, and Harley Quinn. The first four are not surprising. What is surprising is no mention of Flash (star Ezra Miller screwed up so bad at this point, that who knows what DC will even do with their Flash movie.) and No Joker. All this despite the Joaquin Phoenix movie being massively successful and having a sequel in the works.

A best guess on all of this is that the Matt Reeves – Robert Pattinson Batman movies and the Joaquin Phoenix Joker movies are at some point going to tie in together. If not, then you’ve got three Batman’s (Affleck, Pattinson, and little Bruce Wayne from the Phoenix Joker movie,) and three Jokers (Phoenix, Jared Leto from the Affleck movies, and Barry Keoghan from the Pattinson movie.) It’s too much. And Gunn has spoken about it (or a representative for him has,) saying there will be only two of each, not three.

In the case of Batman, those two will be Pattinson and Affleck. This is news for two reasons. One because it means Affleck will be returning. Or at least they’re hoping he will be. And two because it means maybe kid Wayne from the Joker movie is one and the same with Pattinson.

so here’s my guess…Pattinson and Phoenix’s movies will be merged together to exist in the same cinematic universe. Not anytime soon (they will each get a sequel first,) but at some point. Maybe a de-aged Colin Farrell will appear in the next Joker movie, telling us that those movies are prequels to the Pattinson movie. Then maybe the next Joker movie will end with Phoenix passing the torch to Barry Kheoghan (the Joker movie got us on the path of thinking there are lots of Jokers out there, not just one.) Here’s hoping that somehow those movies connect. And then one day maybe Affleck and Pattinson will share the screen as two versions of Batman the same way we got all three Spider man actors (Tobey Maguire, Andrew Garfield, and Tom Holland,) in last years Spider Msn movie. This may all be wishful thinking, but it never hurts to dream.