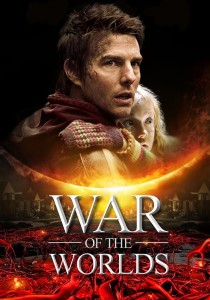 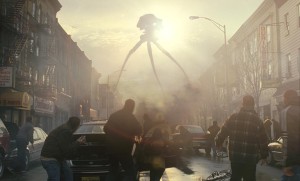 A pretty cool first half becomes a routine, tiring, and anti-climactic movie in it’s second half.

Steven Spielberg loves making alien movies. he really loves all kinds of creature / sci-fi movies, from jurassic park to a.i. to Minority Report. but with alien movies, in particular, he is always right at home. the problem is, because he has done them again and again (E.T., Close Encounters of the Third Kind), he is just a little too comfortable. what speilberg thinks are revolutionary ideas for the genre (the aliens come from under the earth instead of from up in the sky), really don’t amount to a whole lot. and instead, he misses the real essential ingredients, that would have made this a good film.

As it is, the movie is alright. the first half is certainly way better than the second half. that’s because the first half is where the movie tries to stay semi-realistic, or at least to put us in the setting of the real world. Tom Cruise is an a list movie star for a reason, and we like watching him in just about anything he does. unfortunately, he makes way too many spy movies or sci-fi movies. so in the first twenty minutes of this film, or so, where he gets to play a regular guy dealing with kids, we actually get to enjoy watching him.

that opening segment of the film is the most realistic thing he’s done since he played jerry mcguire, in 1996. but then, of course, this becomes an alien movie. watching cruise play ray, a lousy father, who does not know how to handle kids, is a lot of fun. he basically orders his son to have a catch with him out in the yard, and then loses his temper so badly he pegs the baseball at his son, sending it Crashing through a glass window. ray’s daughter also gets on his nerves with her allergies.

and then ray goes outside and sees the strange things happening in the sky. at first he just walks outside, not noticing anything at all, but then he sees all the people standing around looking up at something. that’s a little too cliched of a moment. it feels right out of independence day (the exact same scene happened with will smith walking out of his house), or most any other aliens in the sky movie. ray should have been looking out his window to see if it was raining or something, and then noticed something strange out in the distance, that nobody else noticed before or something.

instead, he and his children watch from inside the house as lighting strikes down hard, off in the distance. there’s a great moment where ray tells his kids that lightning never strikes the same spot twice, and as he’s saying it, the lightning does exactly that. the kids hide under the table, but ray and apparently a thousand other people all go out into the street. genius move right there.

i suppose he’s going out to look for his son, robbie, who stole ray’s car. when ray gets out into the street, he sees that all cars have stopped working. robbie comes running up to him, telling his father about the car, and ray speaks to a mechanic about how to get one of the other cars working. we know ray is a crane operator from the first shot of the movie that we saw him in (which was a pretty amazing shot, by the way, where we zoomed into the control seat from underneath the crane and far off in the distance.)

the ground starts to break and alien ships rise up into the air. only they are tripods, which means they have legs that walk around on the ground. and then the alien ships open fire on people and turn them into dust. ray and his kids get into the only car that’s working and drive away. everything that has happened so far has been kind of cool. none of it has been great, but at least it has been entertaining. now is where the movie starts to go south.

ray and his kids hide out in the basement of their mother’s house and have to deal with not only a group of aliens who come into the house, but also a crazy tim robbins. the movie actually handles the robbins character pretty well, with ray has to do to protect his family from him. but the aliens, on the other hand, are not handled well at all. they look silly and fake and ridiculous. it would have been better for us to not really see them at this point in the film.

ray ends up getting up into the alien ship, and this is where the movie should have gotten cool. this is where we should have had total exploration and fun, crazy ideas. instead, we got none. just a mouth that sucks people in, and a bunch of people in iron nest-like cages. i don’t know if this scene was meant to be the climax, or if the one later on, during the next morning was. in that scene, the people take on a lifeless alien ship. how exciting. the fact that i don’t even know which scene was supposed to be the climax, and really don’t find either one exciting, is a problem.

TheWar Of The Worlds had all the right ingredients in it’s setup, but it just had no where to go once the aliens showed up. the movie could have explored the aliens or explored the alien ship. it could have even done both. instead, it does neither. we do get some cool visuals every so often (the ground gets covered in blood, and what looks like human organs, which makes it hard for me to see how this movie didn’t get an r rating. I guess mr. spielberg has some connections.) but the biggest problem is that the action isn’t that exciting and the plot has nothing new or creative to offer. this movie was never great, not even in it’s first half, but at least it was somewhat entertaining for a while. in it’s second half, however, it really fell apart.