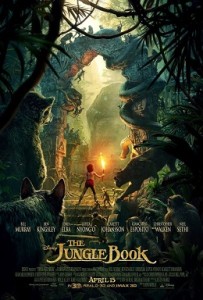 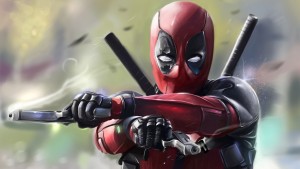 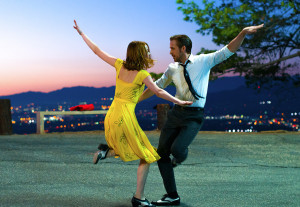 2016 was a strange year. It was a year that showed what America was both capable of, and also, very much was not. It was the year that this country got so fed up with itself that it elected Donald Trump, a mogul reality show host, to be the next president. And at the movies, it was a year that burned nearly all of its bridges with superhero films, exhausted itself with franchise sequels, and somehow found a place, among all the traffic and madness, to welcome in a few  light-hearted, free spirited musicals . What a very strange year it was.

To put it bluntly, the amount of superhero movies that came out in 2016 was ridiculous. As a fan of the genre, this is not a complaint, but simply an observation. And I do wish the quality of some of the movies,(ahem, DC films,) had been stronger. There were six superhero films in all. Deadpool, Batman V Superman, Captain America: Civil War, X-Men Appocalypse, Suicide Squad, and Doctor Strange. In the summertime, it seemed endless. And it seemed like there were many more bad ones than there good. It was only after a reflection on the year that it became apparent that there was actually an equal amount of both.

Among superhero movies this year, there was a 50 / 50 split. Three movies were lousy (Batman V Superman, Suicide Squad, and X-Men Apocalypse ,) and three were good (Deadpool, Captain America: Civil War, and Doctor Strange.) Deadpool, in fact, even turned out to be a game changer with its low budget, R rating, and tremendous box office intake. it started the trend of making R rated superhero films, that the new Wolverine movie will be the first to follow.

After the superhero movies, there were the comedies. Mostly pretty dumb ones, even though many of these were still fairly funny. The smart comedy in the mix was Hail Caesar, by the Coen Brothers. Consider it the needle in the haystack. it was surrounded by a whole collection of dopey fun movies, from Mike and Dave Need Wedding Dates, to Neighbors 2, to Sausage Party, to Pop Star: Never Stop Never Stopping, to Bad Moms. All movies that were worth a few laughs, but not w whole lot more.

This was the year where Hollywood pushed itself pretty far in both good and bad directions. The good was The Jungle Book. The bad was the Ghostbusters reboot. The Jungle Book was a movie where everything about it, other than the one lone human character, Mowgli, was CGI. No fake sets of any kind. No other actors for Mowgli to interract with. Ten years ago, we got something like this (but not pushed nearly this far,) with 300. Two years after that was Avatar. Consider Jungle Book the next stage in movie technology evolution.

But for every good, there’s some bad, and the Ghostbusters reboot was certainly the bad. It was a mess. Both as a movie, and also regarding the way the public responded to it. The idea was to reboot Ghostbusters by putting in an all female cast. Now, this was not a remake. It was its own movie. And maybe that was the problem. Well, one of them, anyway. This should have been a sequel of some kind to at least show us that it existed in the same world as the other films. All of the original actors were in it, yet they weren’t playing their characters from the first film. What a waste. The other major problem was that try got the greatest rated R comedy director, (especially for movies starring women,) in Paul Feig, and then asked him to make a PG 13 movie. It wasn’t terrible, but it sure could have been a whole lot better.

But that was just scratching the surface on the negative front. When it came to bad movies this year, franchise sequel duds were absolutely the worst. Some were unwatchable (The Huntsman: Winters War,) and others were pretty close. Independence Day: Resurgence. Teenage Mutant Ninja Turtles: Out of the Shadows, Jason Bourne, and even Star Trek: Beyond.  All movies that couldn’t even come close to living up to their predecessors, and in most cases didn’t even try.

A close look at those sequel franchise duds reveals that a good portion of them were alien films. From the Independence Day sequel to the Star Trek movie to the Ninja Turtles sequel, aliens were everywhere. And luckily the alien movies from this year that were not sequels or connected to franchises at all, generally turned out to be pretty good. 10 Cloverfield Lane (with a very loose and tacked on connection to a franchise,) Midnight Special, and Arrival, we’re all pretty good. Something they have in common is that they were all meant to feel like indie versions of alien films, with small budgets and creative plots. This worked.

The year gave us two other genres that we hadn’t seen in a while. Musicals and Video Game movies. With musicals, there was Sing Street (the Irish teenager, coming of age, movie,) the start of the year, and then La La Land, with Ryan Gosling and Emma Stone, at the end of the year. Both of them worked.

The video game movies were a mixed bag. The World of Warcraft was evidentially pretty terrible, and Assassins Creed, well, the verdicts still out. But let’s just say I’m not holding my breath on that one.

And then there were the good old crime movies. Hell or High Water, Triple Nine, the Infiltrator, and The Nice Guys. All good movies, and yet they just didn’t perform well at the box office. What a shame.

All in all, superhero movies did the best this year, which should really come as no surprise. There were some major industry surprised and shake ups, from the good, (Dead Pool and Jungle Book,) to the bad, (Ghostbusters.)

And now, here we are, at the end of the year, with three movies on the tip of everybody’s tongue. Manchester By the Sea, Fences, and La La Land. It is almost certain that best picture of the year will be one of those films. Other than that, there’s looking forward to next year, with Guardians of the Galaxy 2, a new Spider Man, a new Planet of the Apes movie, and a new Fast and Furious movie. Sequels as usual? Yeah, something like that. But this time, let’s hope that some of them are actually good.

What’s funny, as the year ends now, is to look back at the start of the year, and see what movies were my most anticipated of 2017. Boy was I wrong about a bunch of them. In fact, only three out of ten movies on this list made my end of year top ten. Those movies are Captain America: Civil War, Dr. Strange, and Deadpool. Other than that, there were a lot of misfires.

8. Manchester By The Sea

So my prediction for number one was right, but other than that, the original predictions list is very far from what ended up really happening. Pretty amazing how things work out that way.

Eye in the Sky,  Fences