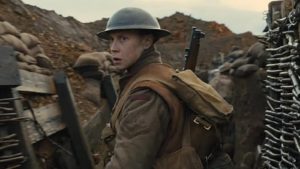 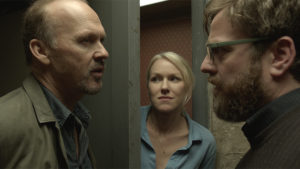 Tracking, Steadicam, Crane Shots…What is it all, and why is it so important? The answer is simply because these are tools that a filmmaker can use to have the audience follow a character’s movements for lengthy periods of time, being right there, alongside the character through whatever locations the character steps. It’s a way of having the audience be in motion at the same time that the character is also in motion.  And it’s a way that the audience can be taken through various locations and rooms, one after another, without any cuts, feeling very much like real life. Now, the reason why using these methods is so important is because it enables the audience to feel like they are really there, right alongside the characters, experiencing everything that the characters are experiencing. But getting it right is not very easy.

Tracking shots go back a long ways, yet there really haven’t been a whole lot of movies that uses them to anything close to their full potential.  They go all the way back to Touch of Evil, a black and white, Orson Wells movie, made in 1958. Despite how long ago that movie was, it makes up one of only six movies on this list. And that should tell you something. It should give you an idea of how hard it is to do theses shots, and to do them right. Let’s put it this way… if one actors messes up even a little during a tracking shot, the whole take is ruined. And these can be some very long takes.

So let’s get into it and see how all of this happened. Let’s break it down, movie by movie…

This where it all got started. It’s The Godfather of tracking shots. And what we get here is an opening shot that follows the characters on a walk through multiple streets at night. Now, this is in many ways more of a crane shot than it is tracking. It starts with the characters, then cranes up above them to show more of the street, before returning down to their level to hear more of the conversation. But it works. It definitely catches that feeling of using the shot to have the audience really feel like they are there, alongside the characters, and experiencing the layout of the streets.

the Copacabana scene. The scene that used tracking to follow characters through the back entrance of a club, and all of the hallways and kitchen areas it connected to, leading all the way up to the stage of the club and the tables for the audience. This one kept our characters going and going with the camera following them through little back door secrets and passageways. And the punctuation of it all, with a table bring brought up out of nowhere, carried high above the heads of everyone else, just for Henry Hill and his date, was priceless.

Here, in the Player, the scene involves a walk on the Hollywood lot of a studio’s sound-stages and offices. We follow different sets of characters, switching from one group to another when they pass each other. And we even stop by office windows twice to hear two different movie pitches. It’s an impressive scene that opens the movie.

Wow! This is where things go from impressive to incredible. From the crane shot opening that swings down onto the street and then takes us inside a dance club, this one goes all out. When it follows Roller Girl from the tables to the dance floor as she skates around the place, it’s pretty great. And the electrifying music and humorous conversations that we get along the way are pretty cool too.

And this is the first time tracking was used for an action scene. Tony Jaa’s The Protector didn’t just have the camera follow our fighters around the stage, but instead, took us through a museum. And it wasn’t just room after room, but instead more of a curving up, long ramp that went around the building kind of museum, like the Guggenheim. And Jaa started at the bottom and went all the way up to the top, fighting tons of guys along the way. Sometimes this involves jumping through things. Other times it involves using props as weapons. And all of it, (including him throwing many guys over the railing and down to their deaths,) was captured with intense tracking, following the character from one landing to another, with every move he made.

This is where things changed from one shot, (granted, a lengthy shot, that could last about ten minutes,) to an entire movie. Birdman used tracking for the entire movie, (it couldn’t possibly be all one single take, but the cuts were well-hidden to the point where it seemed like it was.) It was such a tremendous accomplishment that the movie ended up winning best picture of the year, as well as best director.

And this movie took what Birdman did and brought it to the next level. Like Birdman, 1917 used tracking for the entire film. Only instead of just being on an indoor stage and a behind the curtain look at what went on in the areas of the stage, this movie used the tracking to have two characters go on a journey during through World War I. It was very much a mission movie about traveling… getting from point A to point B to deliver a message. And tracking was used to cover all of it. All of the land. All of the surprises and action. Between crawling on the ground or up the side of hills, fitting through barbed wire fences, walking through bunkers, taking cover during gunfights, or jumping over holes in the ground with bombs going off behind you, while in an underground tunnel, this movie uses tracking masterfully.