Action Franchises In The Works 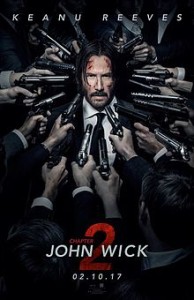 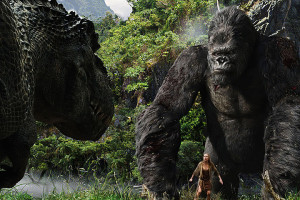 We have finally reached an age where superhero movies have overtaken and nearly wiped away the spy action movie genre. Over the past two decades or so, there have been three staples of those spy movie franchises. The Mission Impossible movies, the James Bond movies, and the Jason Bourne movies. As of now, it looks like only one of them currently has a film in production. That would be Mission Impossible. All three franchises released a movie in the past year. With Bond and Bourne, it was Spectre and Jason Bourne. Neither one of those movies did very well. It was only Mission Impossible: Rogue One that was a major success for the studio, and thus spawned another sequel.

So if the spy movies are taking a break (I hesitate to say they are dead, because no doubt they will be back within the next five years,) then something must be stepping up to replace them. The obvious call to fill their shoes is superhero movies, and they will certainly continue to go strong. But they’ve also been going strong for the past decade. So, it’s not as if they are suddenly filling the whole left behind by spy movies. No, it won’t be superhero movies emerging. Instead, they will just continue to be the most popular kind of action film out there.  The movies that will now begin to fill in the cracks are action movie sequels and remakes. Luckily, most of them look pretty promising.

You see most of these movies are sequels to pretty good movies. Look at John Wick and Kingsmen. Both movies found a niche audience that fell in love with them, and for good reason. Of course for every John Wick, there is also an Equalizer (also getting a sequel,) which was not a bad movie, but certainly a lesser one. In that category, you might as well lump Fast and the Furious 8. This series is filled with glorified B movies that go all out on the stunts, but could do a better job with the characters and plots.

With Sci-Fi action movies, we’re looking at Alien Covenant, the next film in the Alien movie franchise, (directed by original Alien director Ridley Scott,) and then a Blade Runner sequel, and of course, whatever’s next for the Star Wars series, which right now is Rogue One. And there’s also some monster movie magic coming out way. King Kong: Skull Island. Then a Mummy movie starring Tom Cruise.

Even Disney has got their hand in the action movie pile, not just with Marvel films and with Star Wars films, but also with some of their own  content. Pirates of the Caribbean. There’s another movie coming, this one with Javier Bardem as the villain. And there’s a live action Beauty and the Beast, which I would hesitate to call an action film, but who knows. I mean, look at what they did with Maleficent. Speaking of live action films that are being made from animated movies, there’s a Ghost in the Shell film, based on the anime movie, with Scarlet Johansen.

One of the few original movies is Dark Tower, (based on a Stephen King book, but at least not a sequel or remake.) Other than that, we have a very familiar playing field. I mean, consider that John Wick and The Equalizer were very similar, revenge driven movies about a former assassin who retired and was now reluctantly brought back into the field. And both of them have a sequel coming out this year.

While I’m excited for some of these movies, like the Kingsmen sequel, and Kong Skull Island, plenty of them also look like the same old thing. Hopefully the ones where the original film was made not too long ago, (like John Wick,) can keep what they had going for them alive and continue with the success.. I’m definitely hoping for the best.

And the sign of promise and potential comes most from the new generation of films that are about to be spawned. Kong: Skull Island, for example, will kick off a new franchise, that will eventually give us Kong Vs Godzilla. And the Tom Cruise Mummy movie will also kickstart a new series. That one will be of Universal monster movies and is already lining up a bunch of A list stars. So there are definitely some hopefuls, and for every Fast and the Furious 8, maybe some of those others can help breathe some new life into the genre.