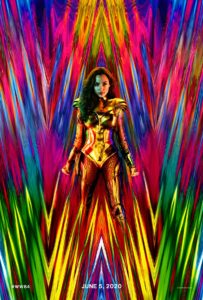 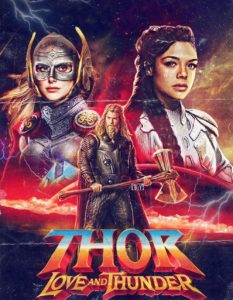 Superhero movies are the biggest ballgame in town these days. In fact, they have been for some time now,  ever since Marvel took its lesser known characters, (the ones no studio wanted and that were left,) put them into a “shared universe,”  and launched them and the actors who played them into A list super-stardom.

There was a time, about two years ago, when every studio in town wanted to get in on the shared universe concept, (something that Marvel movies got started.) There was the Dark Universe of classic horror monster movies, (which was as short-lived as it gets, starting and ending with the Tom Cruise Mummy movie.) Then there was the Godzilla-Kong universe, (which is still kind of going, I suppose, but it sure does seem like a long time waiting for that Godzilla Vs Kong movie.) And now there’s also the Spider Man extended universe without Spider-Man. With that one, the characters we’ve got are Venom, Morbius (coming this year,) and apparently even Michael Keaton’s Vulture, from the first Spider Man movie, will be making an appearance.

But now, other than what Sony is doing with the Spider Man spin-off material, the shared universe idea has cooled off. After all, look at what happened with DC properties when they tried to do it, (Justice League,) versus when they stopped trying, (Joker.) The lesson there was just make the best movie possible and don’t worry about the connections to other movies.

And that’s pretty much where we are right now. These movies are nearly all doing well, (with DC, it’s been three hits and one stumble in the past year…Aquaman, Shazam, and Joker hit, but Birds of Prey stumbled.) Sony’s two movies, (Into the Spiderverse and Venom,) did well. And of course all Marvel movies (the studio that is king of the superhero industry,) are continuing to do well.

Now, the Corona Virus outbreak has changed things. Not in terms of genre popularity,  but in terms of release dates. Nothing (other than a tiny handful of movies,) has been released in the past year. Which means all of these superhero movies that should have been out by now have really just been sitting on shelves. And what that means is that once theaters open again, and movies start getting released again, it’s going to be one superhero movie after another. Which is pretty cool, when you think about it.

So let’s look ahead at what’s coming this year and the potential each movie has, not just to do well, but also to actually be good.

This movie has a decent cast… (the girl from Game of Thrones, the guy from Stranger Things,) but it has been sitting on the shelf forever. It’s supposedly an X-Men spinoff, that got caught in the middle of the storm, because, you see, the X-Men concept over at Fox is dead. It’s over. In fact, Fox is over. It was bought by Disney. The X-Men series is just waiting to be relaunched by Marvel in a few years. So whether this movie is decent or not (and it probably isn’t considering how easily everyone was willing to let it fall by the wayside for years,) it most definitely won’t fit anywhere or connect to anything. This one will most likely be experimental and a version of a superhero horror movie. It won’t really be an X-Men movie at all, and more of its own thing. So this one is unfortunately a definite pass.

As possibly the only person who wasn’t a big fan of the first Wonder Woman movie, (it was way too dark and the historical setting didn’t do it any favors, just like with Captain America The First Avenger,) this one actually looks a whole lot better. The 80s setting is a great idea. And the character is fun. The action will be great. The right setting and tone were the things missing from the first movie and this sequel looks to have them, so I am all on board.

I don’t know. When the biggest selling point is that there are connections to other movies, (in this case it’s a Michael Keaton cameo in the trailer that connects this movie to Spider Man Homecoming,) you have to wonder if the movie is actually any good on its own. Jared Leto wasn’t very good as The Joker in Suicide Squad, and they say you’re only as good as your last movie. Especially when it comes to superhero films. Then again, if that was true. Chris Evans would still be playing Johnny Storm in the Fantastic Four. The problem is, there’s nothing that looks especially appealing about this one. A vampire movie set in the Sony Spider man villain universe. sometimes these movies surprise you, (Birds of Prey and Venom were both slightly better than expected,) but with this one, I’m definitely doubtful.

The big Marvel movie of the summer. In fact, the only Marvel movie of the summer. The strange thing here is that it’s a prequel. Kind of. The bulk of the story doesn’t go all the way back to Black Widow’s roots, although I’m betting there are definitely some flashbacks to that. But, the movie is set right after the events of Captain America: Civil War, and before The Infinity War. Putting it in the middle of the Marvel timeline like that, to show us what Black Widow was doing dieting that time, is an incredibly smart move. I would expect nothing less from this studio. This should be a pretty awesome film.

Considering the first Venom had nothing good to offer in the ways of a villain, and still managed to be okay, (stupid as hell, but still kinda fun,) this sequel featuring Carnage should be great. Carnage is one of the coolest villains ever. And getting Woody Harrelson to play him is a fantastic move. The franchise has even traded up with its director, going from Ruben Fleischer (Zombieland, and then a bunch of bad movies,) to Andy Serkis, a guy who is hungry and out to prove himself. This one should be pretty cool.

The first Asian Marvel superhero. This one is going to make a killing at the box office. Think about the popularity of the movie Crazy Rich Asians, and the rise of stars like Aquafina and Constance Wu. The time for this movie is now, and Marvel knows it. Over the last few years they gave us the first Marvel black superhero movie, Black Panther, and the first Marvel female led superhero movie, Captain Marvel. It’s time for the first Asian-led Marvel film. And this one should be cool. Shang Chi will involve a combination of Ninja and Sorcery. It will also get into the truth about the Mandarin and the Ten Rings, something that has been hinted at in Iron Man 1 and Iron Man 3, but never really explored. Definitely looking forward to it.

James Gunn. Enough said. But seriously, this guy is a mega talent, based on what he did with the two Guardians of the Galaxy movies. He’s an oddball quirky director even before those (check out the movie Super.) But with Guradians he took a property no one heard of and launched it to superstardom. And then he did it again, (not that the sequel is nearly as good as the first, but it’s still kind of fun.) Gunn has got the touch, and that’s exactly what Suicide Squad needs. It needs a makeover and they got the perfect guy to give it to them.

It’s Marvel. It’s outer space. And it’s got a killer cast including some of the hottest young talent in entertainment today, (Kumail Nanjani from Silicon Valley, Bryan Tyree Henry from Atlanta,) mixed with some classic stars, like Anjelina Jolie. And again… it’s Marvel. These guys can do wrong as they continue to explore new possibilities and universes to take their movies in. It should definitely be entertaining.

Don’t know much about it, but the Marvel-Sony teammups with these movies have definitely been going in the right direction. At least in terms of villains. The first movie, Homecoming, was perfect. It set so much up, featuring not only The Vulture, but also The Shoker, Scorpion, and even the Prowler. The second movie kind of dropped the ball on all of that and featured none of those characters, but at least it gave us a cool villain with Mysterio. We need something to bridge it all together. If there’s ever going to be a Sinister Six movie (a movie about the group of villains,) then they need to get moving on connecting the pieces. Hopefully a third movie can do that.

Talk about getting the right directors for the right jobs. I don’t know much about the Eternals director or the Shang Chi director, but with Gunn directing Suicide Squad 2, Sam Raimi directing Doctor Strange 2, and and now Taika Waititi directing Thor: Love and Thunder, there’s definitely some perfect choices going on here. Waititi directed Thor: Ragnorak, which is commonly referred to as the best (and weirdest,) Thor movie to date. And rightly so. Waititi is an oddball director, (just like Gunn,) and he took some massive chances with his Thor movie, (destroying Thor’s father, eye, hammer, and even Asgard.) And Waititi says his follow up movie is going to blow Ragnorak away in terms of craziness. Can’t wait!

Doctor Strange And the Multiverse of Madness (March 25th)

A sequel to Doctor Strange. Yes please. Especially since this one is going to weirder and more crazy than that mind-bending movie. Just the title alone gives you some ideas of how far they are going to take this one, and what they are going to do with it. Will Baron Mordo (Chiwetel Edgiofor) be back as the villain? I certainly hope so. Scarlet Witch will be in this movie too, exploring and figuring out the meaning of her powers. Whenever they have ideas or characters cross over, it’s a great move, and Marvel knows it.

This is the big project coming out of the DCEU. Sure, Wonder Woman is the sequel everyone is betting on, since the first one did so well and was so popular. But Batman has always been the studios bread and butter, ever since Tim Burton’s movies. And they haven’t made a Batman movie since Christopher Nolan’s films, about a decade ago. They’ve spent so long preparing for this movie that the writer / director / and star have all changed. For the longest time it was Ben Affleck filling all of those roles. Now it’s Matt Reeves (Planet of the Apes movies,) as the director and Robert Pattinson as the star. And what makes this movie sound especially cool is the huge cast of villains that will appear. Basically everyone but the Joker. That means the Penguin (Colin Farrell,) the Riddler (Paul Dano,) Catwoman, (Zoe Kravitz,) and maybe more. I wouldn’t be surprised if an actor playing Havey Dent (who will turn into Two Face in a later movie,) joins. For now, one has to be excited for the world building it seems like this movie will be doing, casting actors to make appearances here who won’t become actual villains until later films down the line.