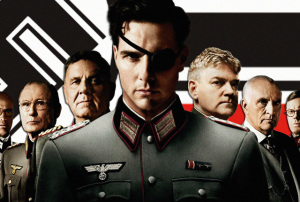 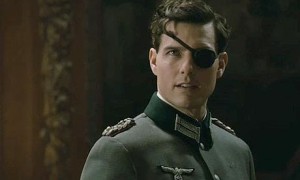 An interesting premise turns into a very slow moving film, that hides away from action and goes for elaborate plot complications instead.

Valkyrie is a movie that should have been so much better than it actually was. for one thing, it was the movie that marked the reteaming of the makers of the usual suspects, one of the greatest movies of all time. writer Christopher Mcquarie and director Bryan Singer. both of those guys are immensely talented. and then there’s the cast. tom cruise is a mega-star for a reason, and no matter how much much you hate his off screen antics, he’s still got some great acting skill.

Cruise doesn’t always make good movies, and in fact, in recent years his mission impossible films have been the only things worth watching. ten years ago he was making excellent and creative films like vanilla sky, minority report, and the last samurai. since then his movies have pretty much all been duds. and he works with talented filmmakers too, like james mangold who directed him in the awful film knight and day.

aside from cruise, there are a handful of exceptional actors in this movie. kenneth branagh, terrence stamp, bill nighy, tom wilkinson. it’s a remarkable list. all experienced actors, most of them british. the cast is kind of similar in ways to that of the recent movie tinker, tailor, soldier, spy, another movie that lines up the great british movie stars, only to throw them into a very boring film. Valkyrie isn’t very far behind.

the third reason why this movie should have been good is because of the storyline. it’s about germans trying to assassinate hitler. the movie takes place during world war II times and gives us some germans who are good guys. they are trying to show the world that not everyone in germany agreed with hitler’s madness.

the premise kicks off to a great start with a failed assassination attempt on hitler by kenneth branagh and bill nighy. these guys are high up in the gastapo army and they still want the furher. as hitler is constantly referred to as in the movie, dead. they just don’t agree with what he’s doing and think better of themselves to be followers like most of germany is.

we also meet tom cruise’s character, Claus von stauffenberg, who uses voice over narration as he is writing in a diary about how he feels towards what hitler is doing. that’s the way the movie opens, with cruise switching from german to english, and not doing the slightest bit of a german accent. so what? It might be strange and inconsistent, but we get past it pretty quickly.

the problem is that from the first attempt on hitler’s life, all the way through the big attempt, (the one that the movie is really about), the story is boring. it moves slowly and happens mostly through dialogue that is stretched out and uninteresting. there isn’t much action or tense moments, like there should have been.

early on in the movie we see how cruise’s character, stauffenberg, loses his eye. we know he’s going to be wearing an eye patch for most of the movie, from the film’s trailer, and here we get to see why. there’s a chance to make a big scene out of this, to give us a sort of james bond – opening scene that leaves our hero physically altered for the rest of the film. but instead of going big, this movie makes the scene very quick, with stauffenberg getting in the car and an overhead planning shooting it.

we see stauffenberg taken in by brannagh, stamp, and the underground group of men who want to take down hitler. they are the ones behind the first assassination attempt and they want stauffenberg to help them try again. they want to kill hitler and then accept the government that replaces him, even if it’s basically doing the same thing as he was. they think that just killing the man will be enough to show the world that they were against him. stauffenberg disagrees. he wants to not only kill hitler, but to have a new leadership replace him that does the right thing for germany.

this conversation starts out interesting, but then begins to drag. and that dragging carries on for quite a while. it is only stauffenberg and his men strike at hitler and give it their best shot at killing him that the movie starts to get interesting again. stauffenberg and company are convinced that they got him and start setting up the new leadership before hearing confirmation of that. it ends up getting pretty out of control. the movie is mostly slow and boring, but the very beginning and the very end show what the rest of the movie should have been like.