Warner Brothers: Looking to Get Back in the Game 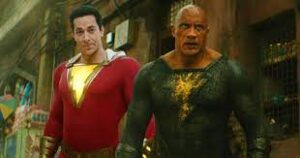 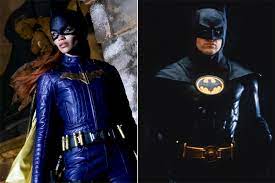 Warner Brothers, the studio that has been most lost in its ways for the past handful of years, is making some major changes. That’s what they want you to believe, anyway. This is the studio behind the DC movies as well as the Harry Potter films. Only both of those have become problematic.

The Harry Potter movies were a huge success, over a decade ago. But since then, that series has spun off into the Fantastic Beasts series, which just doesn’t make the cut. It’s been successful enough to spawn sequels, but certainly not to get the public excited in any way. And with the Johnny Depp – Amber Heard debacle that led to his recasting (replaced by Mads Mickleson,) the series has had more than its fair share of problems.

But Fantastic Beasts is not the main Warner Brothers product that has given the studio trouble in the past decade. That honor has to go to the DC movies. Warner Bros and DC changed the landscape of superhero movies with their Christopher Nolan Batman trilogy. But then came Marvel. Iron Man was released the same year as the Dark Knight. These two films were tremendous success stories for both studios. The difference was that with DC, it was their last great movie (Nolan still had one more Batman film, but it didn’t excel like his others,) and for Marvel it was only their first.

Marvel spent the next decade and a half turning out hit after hit. They paced themselves (back in their first few years,) and connected their movies to each other in an unprecedented manner. DC, meanwhile, couldn’t decide what it wanted to do or be. At one point they even put out a statement saying their movies would be devoid of humor and would focus on the dark, serious aspect of superhero films. Why? Sure the serious tone worked for the Dark Knight trilogy, but Marvel elevated the game and raised the bar, by bringing humor in. There was no room to turn backwards from this, for either studio. With Marvel, they found a way to still keep the content serious, but more in a fun way than dark and brooding. DC should have tried for the same.

The DCEU (DC extended universe,) began with Man of Steel, which was a fine movie. It was a nice starting off point. And it should have been like the Iron Man of the DC world, which means it should have been followed by two other superhero origin movies (maybe a Batman and an Aquaman standalone film.) Instead, DC saw the money Marvel was making with its Avengers team-up film and got greedy. They said, “Where is our Avengers movie?” and rushed to get Justice League into production as fast as possible.

What followed Man of Steel was Batman Vs Superman. What followed that was Justice League. Both were terrible. Sandwiched in between them was Suicide Squad, which was also terrible. DC was on a massive losing streak. The first Wonder Woman movie was fine, but the sequel dropped the ball. In the years since all this, we’ve gotten a Shazam movie, an Aquaman movie, a Harley Quinn movie, and a Suicide Squad sequel. To call it chaotic is an understatement.

And so Warner Brothers has undergone an upturn of management. New studio heads have been brought in to replace the old. And they’re making DC movies their priority. Step one in doing that, is apparently canceling the Batgirl movie. Now if the Batgirl movie was just an idea or a script, that would be fine. But the movie is actually done. It’s been shown to test audiences. How do you just cancel a huge, finished movie and decide you’re not going to release it at all? This whole thing is very strange.

But the new studio heads have put out a statement along with the cancellation, saying that from this point on, they will be committed to quality, and that anything that isn’t making the cut will not be released. If they think it’s bad, or might hurt their company’s track record, they’re just going to cancel it. It’s an interesting declaration. Especially since DC isn’t really starting over like they probably wish they could. But they’ve got close to four finished movies in the bag…, Black Adam, Shazam 2, Aquaman 2, and the Flash. And at least two of those are plagued with controversy.

Those two potentially controversial and problematic films are The Flash and Aquaman 2. With Aquaman 2, it’s Amber Heard (again, going back to that trial… which means Warner Brothers got hurt by both Depp and Heard.) With The Flash, it’s much much worse. The star of the movie, Ezra Miller, has had all kinds of criminal charges filed against him in the past year. Apparently one of them may have even involved him kidnapping a woman and her child. So, things are definitely not looking good on that front.

Things aren’t great for DC movies, and in a very strange twist, they have put out two Batman-oriented movies that aren’t connected to the DCEU at all, and yet were both solid hits. One of these was Joker, a movie that was entirely about the villain. These days when a movie stars the villain as the protagonist, be it Venom, Morbius, or Suicide Squad, it’s really a situation where the villain will be the hero of the movie, and there will be a much worse villain who he must defeat. But with the Joker, it was different. The Joker was an actual villain, who never fought anyone else, and the movie was more of a drama than an action movie, Aside from that film there was also the Robert Pattinson Batman movie, simply titled The Batman. Both movies were great, neither one connected to anything else. Why is it so hard for DC to connect these movies and make something that can lead into something else?

Clearly the minds behind DC movies feel the same way and so they recently announced that they have a ten year plan. Only they haven’t exactly told anyone what that ten year plan is. They are clearly trying to emulate Marvel, which is a good idea. It’s something that I wish DC had done a long time ago. Hopefully they start putting post credits scenes at the end of their movies that give Easter Eggs or connections to future movies. It’s time for the world building to really get going, and that doesn’t mean rush movies. It just means start making them right.