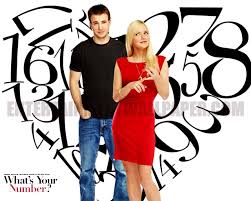 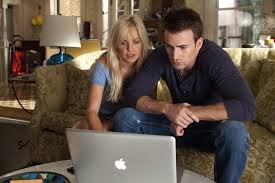 A pretty dumb romantic comedy, with a slightly interesting initial premise that really just becomes more and more formulaic after that.

As if there aren’t enough routine and predictable movies out there, we now get what’s your number, a movie about a girl looking for love in all the wrong places. romantic comedy is the genre that falls into cliché more than any other, and it’s movies like this that make it that way. everything about these movies is telegraphed from a thousand miles away, so that you can see it all coming, right from the start of the movie. The days of Casablanca, or even my best friend’s wedding, where there was the Possibility that our two romantic leads might not end up together, are long gone. Now, instead, we get two people who are so right from each other, from the very start of the film, that only an idiot wouldn’t realize it’s only a matter of time before they figure out that they are the ones who meant to be together.

these movies usually star actresses like Katherine Heigl, Kate Hudson, Ashley Judd, or any other actress who doesn’t seem to be interested in anything other than being ms. cute. Meg Ryan used to be the go to girl for these films and look where she is now, not making any movies at all. these actress do not even attempt to put themselves in watchable movies. instead, they go for the easy road. and then one day, if they decide to finally do something decent, suddenly the world thinks it’s amazing and recognizes them with an Oscar (Sandra Bullock in The Blind Side, Halle Berry in Monster’s Ball), just because it is so different from the crap they usually make.

well, something tells me Anna Faris isn’t winning an Oscar or even appearing in an Oscar nominated movie anytime soon. her best chance was probably with Lost In Translation, over a decade ago. this actress is lucky that she’s where she is, after getting her big break with the Scary Movie films. those movies were never really all that funny, and neither was Faris. from her movie the House Bunny, to take me home tonight, to Observe and Report. She really has been in one lousy movie after another.

and yet knowing all this, I watched what’s your number. I watched it on TV, as a stupid movie that I could watch just a little bit of and then turn off. and then, for some unexplainable reason, I decided to finish it. maybe that’s because the movie isn’t all that bad at first. the premise is certainly interesting, just because it has a main character who kind of admits that she’s been a slut all her life. She has a list of how many guys she has slept with and that list has ballooned to twenty.

now there is the double standard of course, that if a guy has slept with twenty girls, there is no negative word for him. he’s called a player, and there are plenty of worse things you can call a man. but this movie never addresses any of that. it’s a conversation that was right there for the taking, just waiting to come out, and yet it never does. instead, Faris’ character, ally darling (what a dumb name), gets this idea in her head that instead of increasing her number even more, what if she goes and checks out all of the guys she has already been with and sees if one of them has changed and is now worthy of her.

on the one hand, it’s a pretty stupid premise. I mean, she really cares that much about her number that she doesn’t want to check out any other guy in the world? on the other hand, it gives us a setup for some pretty funny situations. she’s now going to find all of the weirdos from her life. it’s kind of like the storyline from high fidelity, only a little more goofy.

Farris finds a ventriloquist, played by Andy Samberg, a guy who just might be gay, played by Anthony Mackie, and a guy who has a British accent, played by martin freeman. that funny thing about that story is that she always used to pretend that she was British too, and do an accent around him, to the Point where he actually believed it. so now she has to keep it up with the accent, and doesn’t really do a good job. all of this makes for an entertaining middle of the story.

and then, of course, there’s the guy across the hall, played by Chris Evans. Farris has not dated or slept with him, and he’s the guy who seems like a huge player himself. in fact, he always has a girl over at his place in the morning who he is trying to get rid of, and he finds a way to use Farris to help him with that. they make a sort of pact. he will help her track down all of her old boyfriends if she allows him to hide out in her apartment from the women who are in his bed and just won’t leave. and when he really needs them to get out, she will run in and make up some kind of emergency to help give him an excuse for running away.

the premise is very simple, but it’s okay. the Chris Evans character, Colin Shea (again, what a name), is very thin. he walks around his apartment naked and even answers the door naked and goes over to ally’s apartment naked. and he has no shame about it, sitting there, on her couch this way, even when she has company over. in one ridiculous moment, ally has her sister over, and the sister is embarrassed about having to Poop while Colin is sitting there on the couch next to her, completely naked. something tells me she wouldn’t really be all that embarrassed in this situation. and then she goes to the local bakery to use their toilet instead. that’s probably the Point where the movie takes a nose dive into absolute stupidity. it’s one small moment, but from there, things get much worse.

we get the inevitable false problem, where ally meets a guy who seems just perfect, only it happens right after she and Evans have started to develop feelings for each other. and you can bet there will end up being a problem with this guy. by the time the movie gets to it’s climax, the plot has gone off the rails with how incredibly dumb it is. ally literally leaves her sister’s wedding, right in the middle (a wedding where she was the maid of honor, no less), to go track down the guy she likes as if it is an emergency. but there is no emergency at all. he’s not about to get on a plane at the airport, or about to marry someone else. there’s just no reason for it, other than to make this movie feel like every other romantic comedy. but that’s what this movie is all about. being dumb and clichéd. there was a little bit of hope somewhere in the middle, and maybe even in the beginning, but by the end, this movie has just become an absolute mess.