Where Are Superhero Movies Headed? 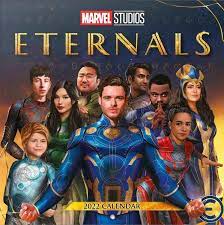 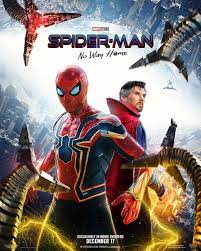 Superhero Movies have taken a very strange turn lately. We literally went from routine to crazy in the course of one month (from October to November.) Not exactly prime real estate months for superhero movies, and yet, that’s exactly when things got the most out of control. To be clear, there are three movies we are talking about here, Venom: Let There Be Carnage, The Eternals, and Spider Man: No Way Home. One movie released each month from October to December. We knew this day would come, when a new superhero movie was coming out every month. But the pandemic sped the process up, because so many movies got shelved and delayed. Now that things are finally getting back to normal, the studios want these movies out. And so they are dropping them like crazy. The result is a very unusual bag of tricks.

Let’s start at the beginning. October of 2021 gave us Venom: Let There Be Carnage. That film was incredibly routine and boring. The effects were bad, the story was bad, even the casting was terrible. There was nothing special or risky about that movie, and the only positive was that it was so short (about an hour and a half.) It’s a shame because the first Venom movie was on the right track. It wasn’t the smartest film, but it did work in a B movie kind of way. The sequel, however, makes every mistake it possibly can. And that includes being very dull and routine with nothing new to offer.

That brings us to November. Another dull superhero movie, with the Eternals, and yet this one is the exact opposite of Venom in terms of how ambitious it is. The Eternals is Marvel’s attempt at making a DC movie. In fact, it’s Marvel’s attempt at making Justice League. Now, ambitious is usually a good thing. When Marvel made the Avengers it was ambitious. When Marvel made Guardians of the Galaxy it was ambitious. Both of those movies were swing for the fences attempts and were major risks. And both were good. The Eternals is not. This is a movie that really didn’t need to be made. Marvel doesn’t need it’s own version of Superman, The Flash, Green Lantern, and Wonder Woman. And the movie was slow and dull and overly complicated. It was all the things it shouldn’t have been. And instead of five characters, like Guardians, it featured ten. Way too many for one film. It was a mess.

But this isn’t meant to be a review of the movie as much as it is a recalculation of where we are now with superhero movies because of all this. You see, the Eternals are basically gods. They are other worldly. And while they can die, they don’t die from age, which means they live for thousands of years. And they all of superpowers, hence the Justice League comparisons. The movie firmly establishes that these characters could have taken on Thanos if they wanted to. So what does that mean for Marvel going forward? That these characters can handle any threat. And that if anything happens and they don’t get involved, it is simply because they wanted to sit out? That’s certainly been the case so far, meaning that’s the reason they say for why they didn’t get involved with Thanos or past wars or anything, but let’s be real here… once you establish characters in that universe, if they’re ever missing from a big ensemble story again, people are going to wonder why. And that’s one of many reasons why I think this movie didn’t need to be made. Why it opened up doors in this universe that should have never been opened. DC is not the company that Marvel should be copying in any way at all (and if you think they’re not, notice all the DC references in Eternals, jokingly calling once character Superman and Clark, and referring to another character’s assistant as his “Alfred.”)

So, right about now it must be starting to sound a little like I hate superhero movies. I hated the routine one, Venom, and I disliked the ambitious one, Eternals. So,  let me backtrack a little to earlier in the year. I actually liked Black Widow. Not that it was great or anything, but it was a fine movie, complete with a pretty cool storyline and some enjoyable action that only really buckled under the pressure in the final act. And I thought Shang-Chi was fantastic. You want to talk about ambitious, now that was ambitious done right. But what we’re getting now just feels like the leftovers. Like the pieces that were cobbled together because they had nothing else. Eternals certainly feels like a ran out of ideas movie, and that’s a shame because there is so much more at Marvel that needs to be explored (Silver Surfer and Galactus, please!)

But there is good news at the end of the rainbow. Spider Man No Way Home. This is the movie that really looks like it will be doing it all. If Avengers was the first big swing by Marvel in terms of bringing universes and characters together, and then Avengers Infinity War was the second big swing, then this Spider Man movie is going to be the third, and by far the biggest. This one will bring in not only the two other actors who played Spider Man before (Tobey Maguire and Andrew Garfield,) but also all of the villains from the previous movies. The idea is that there is a multiverse where all of these characters exist together (basically the concept of Spider Man Into The Spiderverse, turned live action.) This is taking what X-Men Days of Future Past did (giving us both incarnations of all of it’s characters, played by the new young generation of actors and also by the actors who previously played them, all in the same movie,) and bringing it to the next level. It is by far and away the most ambitious film yet. So even though things have been kind of rocky lately, we are definitely headed in the right direction.