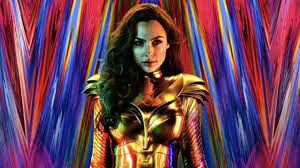 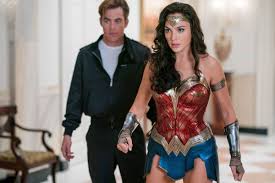 A lively, entertaining, and colorful film, not everything works in this movie, but the action is great, and the story takes chances with creativity that are pretty interesting.

A fun, colorful movie that manages to delve into some deep ideas while also dealing with fantastical (and magical,) elements. In many ways this movie wants to have it all, and in many ways it accomplishes its goal. The action is great. The creativity is interesting, to say the least. And sure, the movie is a little too long, and gets a little carried away at the end, but for the most part, this is pretty entertaining, and finds a tone that fits it just right.

Wonder Woman 1984 is a solid movie. It’s a superhero movie that isn’t afraid to take chances and be out there, but it also knows how to keep its ideas mystical and fantastical without them ever looking silly or ridiculous. Things definitely get taken to high stakes, end of world potential levels here, and yet the movie never becomes too crazy or dopey. Instead, it keeps us watching for its sort of mindless fun. It’s poppy and light, and yet does manage to pull off some pretty creative ideas from time to time.

The movie opens on the island of Themyscira. This is the fictional land of Amazonian women where Diana (Wonder Woman, played by Gal Gabor,) was raised. When we see her here, Diana is still just a girl and it is during an Olympic-like games situation. The challenges are nothing short of amazing. Characters swing on elaborate contraptions, jump through tiny openings, have to maintain balance at all times. At one point they have to shoot arrows through rings where smoke turns a certain color when your arrow hits. Banners of different colors also drop every time players in the competition advance. This all just adds to the fantastic color palette on screen. Does the scene mean anything? No. Not really. Does it advance the plot or set anything up? Nope. Diana learns not to take short cuts. But that’s something she kind of has to learn again during the course of this movie, so it really doesn’t amount to much here. But what the scene does is it sets the tone of the movie… fun, playful, creative, colorful, and not too serious. It’s exciting, different, and it works.

Immediately after the Themyscira scene, we cut to 1984, at a mall. This is where the 80s vibe comes in. Only it really doesn’t. No 80s pop songs. Crazy bright colored outfits, sure. But not a whole lot else. The one flaw of this movie is that it doesn’t do enough with the 80s. If you’re going to call your movie 1984, like actually put that in the title, please have some fun with the 80s. Just look at the moment in Hot Tub Time Machine where the characters realize their in the 80s, all set to the “Safety Dance,” song… We Can Dance. Those two minutes or so have more 80s nostalgia than this entire movie. Wonder Woman 1984 needed more of that.

But the mall scene is there to give us Wonder Woman in action as an adult, whipping her lasso around like she’s out of the old west. And it’s a pretty fantastic scene. There’s a group of robbers who come to the back room of a store looking to burglarize the place, and Wonder Woman takes them out one at a time. Then she goes back to each one to make sure he is really down, and takes care of him one more time. This is what we really needed. Something to establish Wonder Woman in present day (the present day where the movie is set,) and to give us some action we could get behind. And director Patty Jenkins makes this action look great. She switches back and forth between regular speed  and slow motion in a way that emphasizes artistry and craft. The use of slow motion for action hasn’t been done this well since Matthew Vaughn and his Kingsmen movies. And Jenkins utilizes the technique throughout the film.

Next we meet Diana Prince (the human alter ego of Wonder Woman,) at a museum where she works as a curator of ancient artifacts. Her associate, Barbara (Kristin Wiig,) is a clumsy, bumbling nerdy type. Our introduction to this character is her dropping a bunch of papers on the floor and everybody just walking by and ignoring her. It’s a little forced and silly, but in the hands of Wiig, who makes everything comedic, it works. Barbara is recruited by the FBI to look into the items that the robbers in that opening scene were trying to steal. And one of these items is called the Dream Stone.

The story of the Dream Stone is basically the story of the movie. This is a magical, mystical Stone that grants wishes. And thankfully the movie doesn’t do anything fancy when a character wishes on it, to imply that it’s working. No lighting up of the Stone. No lights coming on or spinning all around the character.  That level of refrain makes a big difference, because it makes the Stone a little iffy ang even scary at times. Is it working? What are the side effects? This movie knows how many stories have come before it that involve wishes and powers, and the ability to do and control anything. And so Wonder Woman 1984 finds creative ways to handle the familiar situation.

The first creative way is that the stone is in many ways more like a curse. It takes as much as it gives. Your wish comes true, yes, but you have to sacrifice something to make  that happen, and it’s not exactly your choice what you sacrifice. This leads to all kinds of ramifications and regret. The second way the movie gets creative is that it has a character actually become the stone. Yes, it’s true. This is absolutely bonkers, and boy is it great. The character is Max Lord, (played by Pedro Pascal of Game of Thrones and the Mandolorian,) an oil tycoon whose company is going bankrupt. His investors are pulling out and accusing him of running a Ponzi scheme. Only Max gets his hands on the stone and instead of using it for one wish, he decides to take the whole gammit. By becoming the stone, what now happens is characters hold his hands to make a wish,  and they unknowingly lose something in return. whatever they lose goes directly to Lord. On top of that, he gets to decide what he takes from them.

Diana, meanwhile, has also made a wish on the stone. And this is where the third creative idea, and also most controversial one comes in. Diana wishes for Steve Trevor, (played by Chris Pine,) the love of her life who died in the first movie, to come beck to life. And he does. Only he’s in someone else’s body. He takes the body of another man, and lives in that man’s life, wearing his clothes and staying at his apartment. Critics of the movie seem to hate this part more than any other. He’s violating another person, they claim. But he’s not doing it intentionally. It’s not like either he or Diana knew that was going to happen. And then maybe the question is, once she knows what has happened, why is she okay with it? Why doesn’t she renounce her wish right then and there? The answer is because it is interesting. It’s different. Sure, they could have just had a Steve come back and reappear after Diana made her wish, just like that, the same way a thousand movies have done before. But they actually wanted to try something new and out there, and yes, potentially controversial. But there’s a time and a place to get PC, and if it’s about offending a certain race or religion, that’s one thing, but who is this offending? Is taking over someone else’s body moral? No, of course not. But whoever said every decision in every movie has to be moral?

At this point, it’s time to head to the desert for an action scene. Max Lord has gone to the Middle East to make deals with oil merchants, and from one of them, he takes an entire army. Which leads to a fight between the army and Wonder Woman. And it’s pretty great. So are the action scenes at the end of the movie, first against Barbara in the White House and then later against Cheetah (what Barbara has become,) on a satellite island. All of the action in this movie works. The mall, the desert, the White House (which is actually a two parter, and calls beck the opening scene in X-Men 2,) and the Cheetah showdown. What doesn’t work quite as well is the over the top ending.

In the second half of the movie, things start to go off the rails a little. Nothing major, but just in a few ways that could have been tightened. For one thing, the movie is too long. At almost three hours, there’s no reason for it go on as long as it does. Now it doesn’t ever feel slow, or tiring, or drag at all, but suppose they had cut just a little bit out from time to time. This could have felt even more exciting. Like the scene where they find out about a guy who can shed some light on them about the stone. Or the follow up scene where they go to see this guy in person. And then the final sequence actually commits to doing all those over the top things that the movie refrained from doing earlier. Crazy lights and winds surrounding a character in a room, swirling around him. It’s a bit much. But so what. This is a superhero movie. Since when did things have to be super serious? Not every superhero movie has to be a Christopher Nolan Batman movie. And Wonder Woman 1984 packs in a hell of a lot, including an invisible jet sequence, a learning to fly through the air sequence, and a swinging on lightning sequence. This movie isn’t perfect by any means, but it is a good deal of fun. And it takes chances and gets creative, swinging for the fences. The light and colorful atmosphere is a welcome addition to what the original film had going for it. This one is definitely an entertaining ride.