Wrapping Up Another Strange Year 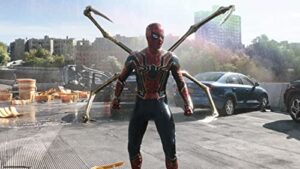 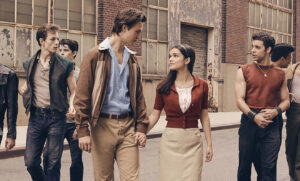 The end of the year is coming soon. 2021, the year we went back to theaters, the year of the vaccine, the year when things still didn’t fully go back to normal, but at least we got pretty close.

These last two months are going to bring with them a whole lot of movies. There are two Marvel movies, alone, in November and December. That’s more than will get next year until the end of the summer (we won’t get a new movie from January all the way through May, (with Doctor Strange And the Multiverse of Madness at the start of the year, and then Thor: Love and Thunder will be in July.)

But for now, we’ve got November and December, with The Eternals coming out in November, and Spider Man: No Way Home, coming in December. Here’s what else is coming to theaters in those months…

In October, we get artsy movies from acclaimed directors. Both Wes Anderson and Edgar Wright have proven themselves time and time again,  but these movies both look a little extreme. In the case of the French Dispatch, a movie that seems to use black and white as much as it uses color, Anderson might be going a little too far. Twenty years ago, this kind of thing was okay. Like when Woody Allen made the movie Celebrity. In fact, it even worked for Roma, not all that long ago. But things are different now. The Pandemic changed everything. Audiences are so surrounded by instant gratification (movies being released to streaming left and right,) that if it doesn’t really grab their attention, there’s no way they are going to theaters to see these things. Both the French Dispatch and Last Night in Soho don’t look like they understand that idea.

In November, we get back to the action movies. These include Eternals (from Marvel) Red Notice (A star-studded Netflix movie,) and Ghostbusters: Afterlife. Eternals is Marvel trying to do something new. It’s ambitious to be certain, featuring a giant ensemble cast and telling a story about characters who are basically gods. We’ll see how that one turns out. The movie that is most likely to be good of the bunch is Ghostbusters: Afterlife. As written and directed by Jason Reitman, the son of the original director Ivan, Jason is a talented filmmaker himself (Up in the Air, Juno.) And this movie looks like it knows exactly what it’s doing, delivering on nostalgia and fan service every step of the way.  Red Notice, on the other hand,  might be a huge hit for Netflix due to its cast, but it still doesn’t look all that great. This director, Rawson Marshall Thurber, constantly makes movies with the Rock, including Central Intelligence and Sky Scraper, and they generally aren’t all that good. So let’s not expect too much from that one.

And then we come to December. The most anticipated month. The month were studios are generally saving their best movies for. No, we are not talking about The Kingsman, a prequel that nobody was asking for (and I’m a big fan of the two Kingsmen movies that this prequel looks very unnecessary,) and the same can be said about the new Matrix film. But West Side Story and Spider Man No Way Home. They are both playing on nostalgia (Spider Man features villains from all of the past Spider Man movies,) and they both look pretty great. It should be a perfect way to end the year.