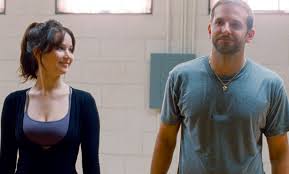 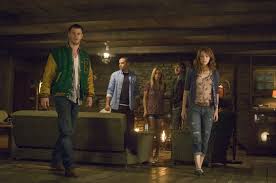 5. The Cabin in the Woods

2012 was unfortunately not a great year for movies. It was more of a year where people jumped on board things that weren’t anything special and pretended that they were amazing. I’m talking about movies like Lincoln or Beasts of the Southern Wild (both nominated for bes picture, if you can believe that.) Of course, this all came at the end of the year, and there is plenty to talk about from earlier on.

The year started with movies like The Grey and Chronicle. Those movies weren’t anything special, but they also weren’t half bad, the way most January movies tend to be (compare that to the January movies of this year, 2013, Broken city, Hansel and Gretel Witch Hunters, and Gangster Squad.)

The first really good movie of 2012 was 21 Jump Street. That movie was written by Jonah Hill, and like the rest of the Judd Apatow team members for writing and starring in their own movies (Seth Rogen, Jason Segal), Hill scored a very funny movie here. it was followed by a few other movies that were okay, like Wrath of the Titans, and it all led up to Cabin in the Woods,the Avengers, and Moonrise Kingdom. All in late April or early May. Both Cabin in the Woods and The Avengers were written and produced by Joss Whedon. He’s the guy who also directed The Avengers movie and really gets the most credit for how that movie turned out. Good as that film was, Cabin in the Woods is even better. This was certainly Joss Whedon’s year.

Moonrise Kingdom was a mid-year entry by filmmaker Wes Anderson who hadn’t really been relevant for a while. Anderson’s last three movies (The Life Aquatic, the Darjeeling Limited, and the Fantastic Mr. Fox), weren’t nearly as good as his first three (Bottle Rocket, Rushmore, and the Royal Tenenbaums). It was Moonrise Kingdom that was going to set the stage for how the third part of Anderson’s career would be going. the movie turned out to be a lot of fun, and right at home with those first three films, about a kid who acts like an adult and is full of himself, as well as his own, creative ideas.

There were other decent movies out at the start of the summer, but none that were that memorable. Ted was funny, but not really any better than 21 Jump Street. Snow White and the Huntsman was cool with all of it’s visuals, but in the end it turned out to be the same old cliched kind of a movie that appears everywhere we look (hero makes a rousing speech to get the knights to go to war at the end.) Prometheus and Savages and Men in Black 3 were all just okay. None of them was truly bad, but at the same time there wasn’t a one of them that was anything special at all. At least they were all a lot better than the Hunger Games, which is another one of those movies like Lincoln and Beasts of the Southern Wild, that I think everyone just fell in love with because everyone else was in love with it. People stopped thinking for themselves this year and it became a disaster.

Things started to get interesting at about the midpoint of the summer (really the midpoint of the year). The movies that should have been good weren’t and the movies that had no reason being any good were. I’m talking about the way that the Dark Knight Rises was lousy, and yet was the movie with more potential than anything else around. And while that movie didn’t meet expectations, the Amazing Spider Man did. That movie was surprisingly well-made and interesting. I say surprisingly because the director only made one movie before, (500 Days of Summer), the lead actor (Andrew Garfield) only starred in one movie before (the Social Network), and it was way too soon after the last Spider Man trilogy to be rebooting the franchise. Yet it worked.

Another movie that should have been a lot better than it turned out to be was the Bourne Legacy. It looked like Jermey Renner was a good choice to take over (and to be honest, the problems weren’t his fault), but the movie itself fell way short of the other Bourne films. That’s really because of the writing which couldn’t decide if it wanted to be it’s own thing and stay away from the other Bourne movies or wanted to be an exact clone and just copy their formula. It was an absolute mess. By the time the fall began, two thirds of the year were over and there were only five good movies to talk about. The Cabin in the Woods, the Avengers, the Amazing Spider Man, Moonrise Kingdom, and 21 Jump Street. That meant in the final portion of the year, the fall and start of winter, there needed to be 5 other good movies just to have enough for a top ten list. Luckily there were.

Argo was an instant classic and became one of the best movies of the year. Silver Linings Playbook was even better, knowing down the pins as both a black comedy and a psychological drama. The new Quentin Tarantino movie, Django Unchained, didn’t disappoint either. That movie might have been a little too long, but it was still filled with clever dialogue, intricate plotting, and some wild action.

Finally, there was Looper and Zero Dark Thirty. Both movies were good and almost great. Zero Dark, like Django, was just a little too long. It was always interesting, and powerful, but not nearly as gripping as director Kathryn Bigelow’s last movie, the Hurt Locker. and Looper had a lot of cool ideas to it, but also in many ways felt like something we had seen before. We’ve seen plenty of time travel movies, and today it’s always going back in order to do something, not just going back for fun. In Looper, it’s not the main characters going back, but other characters (the target) who the main characters need to kill. It’s a pretty cool take on the genre, but still ends up feeling kind of familiar.

I’m really happy about Argo and the Avengers and Silver Linings Playbook and the Cabin in the Woods. Other than those four movies, however, everything else felt like it was good, but not great.

My number five movie of the year is Moonrise Kingdom, and even that film isn’t quite as good as Wes Anderson’s earlier trilogy. it is certainly miles better than the last three films he made. Between him and Tarantino with Django, we had some great filmmakers turning in some awesome work. Even Peter Jackson’s The Hobbit: An Unexpected Journey, might not have been on the same level as his Lord of the Rings films, but it was still pretty cool (Certainly the best of his three Hobbit films.)

Most disappointing of all was how much Christopher Nolan dropped the ball with his final Batman movie. Thankfully the other two superhero movies of the year (the Avengers and the Amazing Spider Man) picked up the slack and made up for Nolan’s lousy entry in the genre.