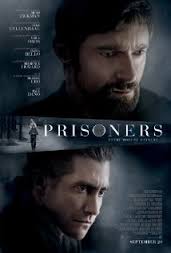 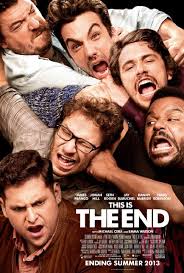 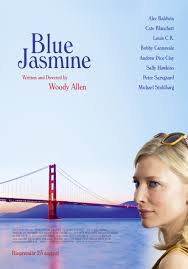 2013 was an interesting year. It was the year of the accopalypse comedy, giving us both This Is The End and The World’s End, (both similarly titled and both in the summertime.) The best part is that they were both very good films. This was the year of both The Wolf of Wall Street and American Hustle, two very different movies that came out at the same time of the year, and were clearly connected. That connection was simply Martin Scorcese and Robert Deniro. American Hustle was meant to be like Goodfellas and other Scorcese movies. It accomplished its goal and even added comedy into the mix along with everything else. On top of that, the movie featured Scorcese’s former go to man, Deniro, in a small role. Meanwhile, The Wolf of Wall Street featured Scorcese’s current go to guy, Leonardo Dicaprio, and was directed by Scorcese himself. The movies were both about con artists or guys who ripped people off and had the FBI out to get them.

And then there were the unique movies that couldn’t be put into any of the usual categories. Movies like Blue Jasmine and The Way Way Back. One was a depressing yet wildly fascinating drama, and the other a heartfelt coming of age summer story. These were all incredibly likeable movies featuring all-star casts in smaller roles. From Sam Rockwell in tThe Way Way Back to Andrew Dice Clay in Blue Jasmine, these films were perfectly cast with actors hitting it out of the park. Cate Blanchet even won an oscar for Blue Jasmine and boy did she deserve it.

In some of the more familiar genres, we got a great thriller with Prisoners and a throwback animated movie with Frozen, that was clearly a tribute to the older Disney films of the nineties, complete with musical numbers and fairy tale atmosphere. And then there were the final two spots. At least three movies got kicked off the list, not quite making it into a final position. those films were Iron Man 3, The Wolverine, and Side Effects. All good films, but none of them great. Instead, The Heat proved to have real comedy chops that got funnier with each repeat viewing (just like Bridesmaids), and Man of Steal proved to have enough style and flavor to make it pretty intriguing. That movie was too long and maybe a little too dark, but it was packed with creative ideas and powerful emotion. Just like The Way Way Back and Blue Jasmine, this was a movie where casting really made a difference. Kevin Costner, for example, in a small role, was dead on the money, playing the human adopted father of Clark Kent.

At the end of the list, the final three spots were reserved for movies that definitely had their flaws (Man of Steal – way too much destruction at the end, and The World’s End – too much time spent on the Lamp ending,) but were overall pretty great.

4. The Wolf of Wall Street