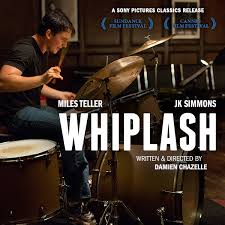 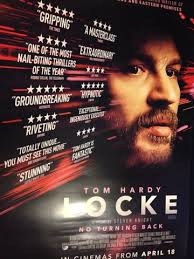 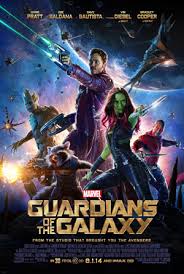 The three best movies of this year were films that did just about everything right. These were terrific masterpieces of cinema. The movies were Whiplash, Locke, and Guardians of the Galaxy, in that respected order.

Whiplash was a powerhouse movie of outstanding performances, a dark character study, and a story that kept you surprised as it constantly moved down new paths. JK Simmons gave the performance of his career, and won a well-deserved best supporting actor oscar. Miles Teller was great too, and I really like that this kid is building up his credibility before appearing in the new Fantastic Four movie, (both Whiplash and the Spectacular Now were great.)

After Whiplash comes Locke. What a film. A crowning achievement in how much they were able to accomplish with so little. This is one of the most experimental movies I have ever seen. The entire film takes place in a car with one single character on screen. Other than that, it’s just voices on the speaker phone. And yet the movie comes alive due to a riveting screenplay with some truly wonderful dialogue. It’s amazing how captivating this film turns out to be.

Next comes the big blockbuster of the bunch. Guardians of the Galaxy. The new Star Wars of sorts. Certainly the Star Wars of the superhero universe. It’s the movie that proves that Marvel can do no wrong (although some of their movies aren’t great, such as Thor 2.) This film has fantastic action, humor, characters, and storytelling. And who could forget the music? It all comes together in a movie that is visually spectacular. This is the movie that announces Chris Pratt as a new A list star, and the biggest thing to come out of 2014.

After those top three, the next movies on the list are great, but also slightly flawed. Gone Girl is next and while it is incredibly suspenseful, the movie does go on a little too long. Something tells me the more I see this movie, the more it will drop to a lower spot on the list. That’s because it’s a mystery and the problem with all good mysteries is that once you know how it ends and how things are going to turns out, the excitement and suspense will never be there the same way again. Sometime a movie has enough going to overcome that (Like The Usual Suspects and L.A Confindential,) but more often than not, the twist is what makes the movie so special.

A movie that is terrific in a completely different way is The Grand Budapest Hotel. This one is an artisitc gem. It’s one of those films that works on all levels, meaning that even when the dialogue isn’t especially brilliant, the atmosphere and beauty of the scenery or movement or camera shots makes up for it. The story isn’t spectacular, but this is a comedy and in most comedies it’s the humor that counts. This is no exception. The laughs are there and so are the thrills including a ski chase or hotel hallway gun fight that are both fantastic.

X-Men Days of Future Past is one of the better movies in that series. It just has such a winding storyline that connects to tons of other films in the series while at the same time giving us something very creative and new.Tthis is the time travel movie of the X-Men universe. Just like the 2009 Star Trek, that used an alternate reality and jump on the timeline to change the whole world of the movie, X-Men Days oF Future Past uses the same strategy. That means characters and events in the X-Men history were all altered. And the action was pretty great too. Just the Quicksilver stuff alone was terrific.

22 Jump Street is the rare comedy that is as good if not better than the original. It’s pretty remarkable, actually. Birdman gets points for creativeness, being filmed in what feels like a single, long tracking-shot. The camera never stops moving, and it turns out to be a pretty amazing trick.

Captain America: the Winter Soldier is one of the most impressive things imaginable. A superhero movie that has come out over ten years since the craze began (14, actually, since it all started with X-Men in the year 2,000), and is absolutely one of the best there is. Sure, it’s not in the top two or anything (Batman Begins and Iron Man hold those spots on my list), but it’s up there as not only a great superhero flick with fantastic fights and action, but also a cool mysterious conspiracy plot.

The Lego Movie is a good bit of fun. It’s one of those movies that is filled with clever jokes and hidden meaning ideas. It’s a superhero story of sorts in a Matrix kind of way about a guy who is prophecized to be amazing, but seems like just an average joe. Call it Kung Fu Panda meets Star Wars. The results are pretty spectacular. Unfortunately, there’s not enough room for it on this year’s list.

That’s because the final spot goes to John Wick, the best action movie in years. It’s a surprise that Keanu Reeves is back at it again, but he’s been looking for the right action movie to hit over the past few years now (appearing in 47 Ronin and Man of Tai Chi). It is this movie, John Wick, which turns out to be his big winner. The movie did so well that there is already a sequel in the works. This is a revenge thriller done right, complete with great stunt and fight choreography.

3. Guardians of the Galaxy

6. X-Men Days of Future Past

The Theory of Everything