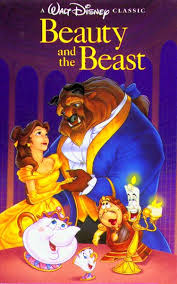 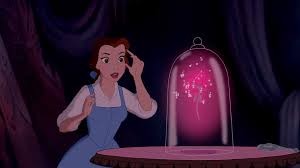 A classic story told with the disney magic and everything that goes with it, including great songs and fun characters.

A pretty remarkable movie, this one takes the concept of a woman held prisoner inside of a castle who falls for her captor, and turns it into a romantic fairy tale. The movie uses enchanted objects, wonderful songs and musical numbers, and even a fun, arrogant villain to cover all of its bases. There’s a classic story here and Disney brings it to life like nobody else. The result is pretty brilliant.

Beauty and The Beast is a very well made Disney fairy tale. It is of course a classic story of a girl who falls in love with a beast and how her love transforms him back into a man. In that way, it’s like any fairy tale where a curse has been put on someone and only true love’s kiss can turn him or her back into human form. The princess and the frog is an example. Shrek had fun with this cliché, turning both he and Fiona into ogres instead of beautiful people. Beauty and The Beast goes the more classical route. It starts off with telling of the curse in a wonderful opening set to enchanted music and images of stained glass windows depicting the story.

From there we move to Belle, a beautiful young woman, in a town where every day is like the last. The song that introduces her is very exciting. Characters pop out of windows and doors as the town is waking up in the morning. Belle tries to walk down the street and say hi to each of them, but runs into a few complications including people who think she is strange for reading a book. Another complication she runs into is a guy named Gaston.

Gaston is a big, burly man who apparently is every woman’s dream. He’s tough, fierce, and strong as an ox, but when it comes to brains, he doesn’t have much to offer. When he takes Belle’s book away from her, he flips through it saying, “How can you read this? There aren’t any pictures.” Gaston wants to marry Belle more than anything and it seems obvious that the reason he wants her so badly is because she pays no attention to him. It’s the basic idea of how we want what we can’t get, or “the seaweed is always greener in somebody else’s lake,” to quote the Disney movie that came before this one…The Little Mermaid.

The story doesn’t really get started until Belle’s father, an inventor, goes off to a fair to show everyone his latest invention, which cuts wood on it’s own. He gets lost on his journey and winds up at an old castle. The original fairy tale has him take a rose from the garden for Belle as a present for her, and that’s when The Beast comes out and makes him a prisoner. This movie avoids that plot line, and instead finds another use for a rose, turning it into a sort of hourglass that is shedding pedals. When the last pedal falls, The Beast will remain a beast forever. In this way, the rose becomes a sort of timepiece, like the midnight chimes in Cinderella. It’s a good change and seeing that magic raised sparkle and shed pedals is a pretty cool image.

Belle sets out to find her father and comes to the castle. She sees the way her father is being kept a prisoner in a deep, dark dungeon, and cannot bare the sight of it. She offers The Beast to swap places with her father, and that if The Beast lets her father go, then she will stay a prisoner at the castle instead. The Beast agrees and then shows Belle to her room. She is shocked by this proposal, for she thought that she would have to stay in the dungeon like her father was doing.

Instead, the servants treat her like gold. They are all objects, such as a candle, a clock, or a motherly teacup. The Beast has a bit of a temper and explodes on Belle quite a lot during their first couple of scenes together. When she refuses to come to dinner, he explodes. When she sneaks into the west wing to take a look at the rose, he explodes. When she refuses to even come out of her room, he threatens to tear the door down. This guy clearly has temper issues, and yet the movie somehow makes him still seem like a decent guy. That’s because it shows us his side of the situation, like how all he really wants is for Belle to come to dinner with him. It’s a smart move, and so we never get alienated from The Beast, despite his rage.

The movie is very smart in the way it goes back and forth between what’s happening at the castle, and what’s happening back at the town. Gaston, his assistant, life, and Belle’s father, all stay in the town for most of the movie. That’s where we get to see Gaston and Lafeu hatching up a plan to have Belle’s father convicted for insanity and thrown into a mental institution. That is, unless Belle agrees to marry Gaston.

Meanwhile, back at the castle, Belle and The Beast finally start to warm up to each other. Wolves while trying to save Belle attack the Beast, and Belle takes care of his wounds. Suddenly they’re not yelling at each other anymore, but talking. And then dancing. There are some great musical numbers here, including “something there that wasn’t there before,” which is cleverly set to a similar tune as the opening song in the town.

As the movie goes on, not only do Belle and The Beast warm up to each other, but also The Beast changes. I really like this touch, because it shows that it’s not as simple as her just now seeing him differently in a Clark Kent / superman kind of way, where we realized he was good the whole time, but she is just realizing it now. Instead, the movie shows that he was kind of a jerk at first, but has now changed. He lets Belle go back to her father, which is something The Beast from the beginning of the movie would never have done.

There’s an exciting climax, just like in all Disney movies, and a great villain in Gaston. His anger at The Beast comes from seeing how Belle cares for the creature, and his jealousy over that. He cannot believe that she likes The Beast more than she likes him, and so he and his goons attack the castle. The movie is pretty lively the whole time, but it is also pretty predictable. It’s a good film, and the excellent songs add to its spectacle, but the story does not feel quite as fresh as the little mermaid did. Maybe that’s because in that movie there really were two different worlds at play, and while this movie might try to do the same thing, making the castle world the fantasy world and the town into the realistic world, it doesn’t work quite as well. Still, it’s a pretty great movie with fun characters and lots of excitement.