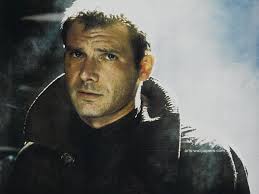 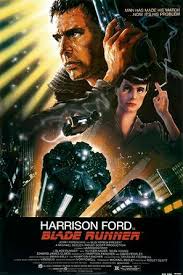 A pretty cool and interesting first half, unfortunately leads to a rather slow and uneventful second half.

Director Ridley Scott has two movies that are considered masterpieces in the world of sci-fi cinema. Those movies are Alien and Blade Runner. Neither one is in fact, all that it is made out to be, as they are regarded in such high circles that they are not entirely deserving of. But the movies are certainly artistic and creative, and they take their time developing details, which is something that we rarely get in movies of today. Both films are good and bad in the same way. With Alien, the ideas were terrific, but the movie was just a little too slow for it’s own good. That was proven when it’s sequel, Aliens (directed by James Cameron) took the same premise and sped up the pace and action. It made a world of difference.

Similarly, Blade Runner has some wonderful ideas going on and some truly fantastic atmospheric design, but it does move way too slowly. That works for the first half of the film, as we are taking in all of the details, and trying to carefully piece together the mystery, but when it’s time to turn things up and build to a climax, this movie falls short of the mark. It continues to keep the same slow pace and we get tired of it. Our patience can only hold for so long before we need some excitement. This movie expects us to just accept whatever it has to offer, simply because it is artistic.

The story is about Los Angeles in the future. The year is 2019, and while that date isn’t all that far off from today, the movie was made in 1982, so it was supposed to be almost forty years from when this film came out. The world looks very different. For one, it is always nighttime. That’s a cool idea that most movies don’t do. It gives the film a unique look. All movies that do take on this idea, like The Crow and Dark City (both directed by the same filmmaker, Alex Proyas), have a leg up on the competition, because they automatically have a built in and memorable look.

In this futuristic Los Angeles, cars fly around and man has designed robots that look like humans. The robots are meant to do work for us on other planets, and in fact it is illegal for them to be walking around on their own, here on earth. Yet some of them do. For that reason there are cops who are assigned to hunt down and assassinate them, and these cops are called blade runners. Harrison ford plays Deckard, and he is a former blade runner.

Like many movies, the main character is retired and was a legend in his hey day. And like always, he is brought in to do one more job and he doesn’t want to do it. He’s happy living a life of peace, but the Blade Runner police force needs him. I guess this is where we get the anti-hero idea. The hero who just wants to be left alone. It goes all the way back to Humphrey Bogart in Casablanca. Our guy doesn’t volunteer to do anything, but is thrown into it and doesn’t really have a choice. Bruce Willis took this kind of character to new levels of action with the Die Hard movies. Harrison ford did it for sci-fi with his character Han Solo in Star Wars. He tries to do it again here, in blade runner, but isn’t nearly as successful.

The movie begins with an interrogation between a man and a robot. The man is trying to assess whether or not this guy he’s questioning is indeed a robot. The guy is Leon and he answers the strange questions with some difficulty. It is a fantastic opening scene, including shadows, overhead fans, close-ups of machinery, and some interesting dialogue. The scene ends with Leon losing his cool and killing the man who is asking the questions.

From there we meet Deckard and watch as he is brought in to meet with his former blade runner boss. The boss recruits him to do this one final job, with Edward James Olmos being the messenger who is sent to bring Deckard in. so now Deckard has to go and find these robots, and he starts by going to visit the man who invented them, Tyrell. When ford gets to Tyrell’s fascinating mansion of a building (it actually looks more like the inside of a sacred temple), he meets a robotic owl and a woman who he gives the robot test to. All of this is interesting, and shows us how the job and machinery work, but they have little to do with the story about catching those criminal robots.

Meanwhile, we see those bad robots, (led by Rutger Hauer’ character, Roy,) and they find the Asian man who makes the robot eyes. They catch him in a freezing room and remove his protective gear so that he freezes to death, but not before he gives them the information they need. He tells them the name Sebastian. That’s the guy who designs the robots for Tyrell. He’s the next step on their list.

Deckard, meanwhile, is exploring Leon’s apartment, looking for photos. He goes on his path, which leads him to a strip club and a meeting with a stripper who has some unusual style. And while this is happening, the robots send out Daryl Hannah’s character, tries to become friends with Sebastian and get brought into his home. The toys and robots that Sebastian has walking around his home are pretty neat, but by this point we are starting to run out of patience.

The movie doesn’t really have anything left in its bag. There might be some cool setup for a mystery here, but the mystery itself has no real answer. At least nothing cool. Deckard figures out that he should be going to Sebastian’s home and he meets the bad robots there for some climactic fighting. Sure the movie ends with some action there in that home, but it’s not all that exciting. Especially since the movie really just had Deckard go there, without any creative clues or twists or anything? Blade runner had some fantastic visuals and atmosphere and all that, but it’s story left something to be desired. Especially in it’s second half, when we realize how paper thin the premise actually is. Sure, there are cool ideas here, and a pretty neat setup, but where it all leads to should have been a lot cooler. The movie has a great first half, but a very disappointing second half.