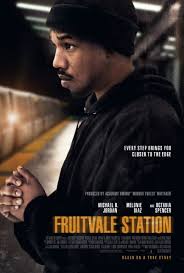 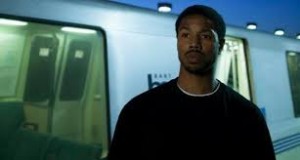 A sometimes interesting movie about the last day in a kid’s life, this one is definitely slow at times, but gets pretty intense towards the end.

Fruitvale Station is a movie that is based around a single event. that event is the murder of a kid by the police which happens at a bart train station in san francisco. It doesn’t happen until the end of the movie, and so the real premise of the film is the last day in this kid’s life. It all sounds kind of creative, and this makes for a fine premise, but there is one qualification that needs to be in place… the things that happen to the kid on this day have to be interesting. maybe he settles some big drug deals or stops fights that his friends are going to get into, or just some things that might be normal to this kid’s daily life, but seem like major ordeals to the rest of us. well, none of that really happens. Instead the boy mostly spends the day hanging around his mom and girlfriend. Maybe the point is to show that this kid was really just like the rest of us, but the problem is it makes for a rather dull movie. The ending is great, of course, but everything leading up to it was just a little too slow or uneventful.

Fruitvale Station is just an okay movie. I was hoping for something great, because of the actor, Michael B. Jordan (so great when he was younger, on televisions The Wire), and because the story sounded pretty riveting. It was about a teenager who got shot on the Bart subway platform in San Francisco. He was a drug dealer, but not like any you had seen before. This was a good kid who believed he didn’t have another choice, but to deal. And the movie chronicled the events of the final day of his life.

All of that sounds pretty interesting. The problem is that there wasn’t exactly a whole lot happening on that last day. When you make a movie about one day or one hour or whatever limited amount of time you are putting the duration of the film into, you better make sure that small amount of time is loaded up with events that will hold our attention. Recently, the great tom hardy film Locke pulled this off with flying colors. That movie was simply about a car ride and only one character on screen, and yet it was so loaded up with great dialogue and conflict that we couldn’t take our eyes off the screen.

Locke knew that it had to make up for the areas where it was deficient (mainly visuals and action.) Fruitvale Station, on the other hand, tries to ride the coat-tails of knowing that it is based on a true and powerful story. That’s not enough. If we’re gonna spend a significant amount of time following this kid, Oscar Antonio Grant, around for a day, then there better be some cool things happening to him.

Unfortunately grant’s day mostly consists of hanging out with his girl, his mother, or taking care of his little daughter. the movie wants to show us that he’s a good guy and a family man. it doesn’t paint him as an angel (early on there’s a scene where he admits to his girlfriend that he cheated on her once), but it certainly does portray grant as a guy who cares about his family, including both his older relatives and his daughter.

grant has recently been fired from his job at a supermarket. we learn that the reason why he was fired is because he was late too many times. he goes and has a conversation in the supermarket aisle with the manager of the store, practically begging for his job back. only the manager won’t give it to him. grant turns up the anger and the pressure a little bit, coming pretty close to threatening the guy, only it does him no good.

this is one of the two most interesting scenes in the movie (not counting the ending, of course.) the other one involves him sort of flirting with a girl on the deli line. the girl is talking to grant’s friend, who is getting her the order behind the counter, and grant steps in to charm her away. she tells him that she is making catfish and has no idea how to make it. that’s when grant calls up his grandma and puts her on the phone with this girl, giving her tips on how to cook and prepare the dish.

now here’s the problem. these are the two most interesting scenes in the entire movie and they are both given to us together. they both happen at the same time, on the same supermarket visit, to the point where grant leaves the girl when he sees the manager walk by, and goes chasing after the guy. the reason why this is a problem is because so much of the movie is dull and uneventful, and they’re going to take the two best scenes they got and let them cut each other off?

it’s a terrible strategy. these scenes, being some of the most lively in the film, should have been spread out and appeared in different portions of the movie. a more experienced director would have known that. instead this movie takes whatever momentum it has going and rushes them just to get back to the more dull storylines. these include octavia spencer as grant’s mother (played by octavia spencer.) she represents the elderly voice of wisdom in the movie.

when we finally do get to the night in question, this movie slows down at all the wrong moments. it keeps showing us the train, for example, knowing that we know that this character will be dying on the train. when the group of kids get off, all we see them do is go to a store to use the bathroom. we don’t see where they go that night and what they are up to. instead, it’s using the bathroom and then right back on the train.

the actual death scene is handled really well, but this movie didn’t have much of a story to tell up until that moment. i like how we met the guy who had a problem with grant on the train, earlier on in the movie, when they were in prison, but it would have been a better move to spend a little more time in the prison getting to know this character (who would be so vital to the story later on), and what his problem with grant was. the movie does have a great ending, but the events that lead up to it are just not as compelling as they should be. not every character is one that an audience needs to spend an entire movie following around. not every character or actor is capable of being interesting when all by himself. it’s funny that locke is a such a better film than this movie, since with locke the resources were so limited. sometimes you just need to have less in order to do more.