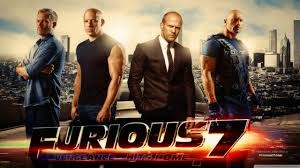 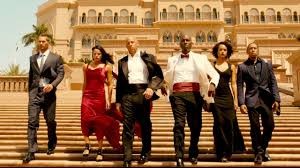 A massive amount of action scenes, one bigger and more clever than the next, and a plot that manages to tie them all together, this movie lacks in diaglogue and humor, but it makes up for it in a number of other ways.

Better than the last movie, this one delivers on action, beyond anything we’ve really ever seen before. That’ not to say that every action scene is great, but that there are just so many of them and that they are so ambitious, that the ones that do work, are a whole lot of fun. Aside from that, the storyline is pretty decent as well. Especially in the way that it combines multiple missions in order to have one lead to another. Kurt Russell appears in the movie as a secret operative with a mission for the team that has nothing to do with the villain they are after, and this movie manages to find multiple ways to tie the two storylines together. With all that in mind, there are plenty of things that don’t work about the movie as well. The characters are all one-notes, (as usual,) and the dilaogue and humor are pretty awful. Still, for the action scenes alone, this film is pretty cool.

Furious 7, the 7th movie in the Fast and the Furious franchise is a movie that is pure action. Now there’s a plot here too, but the characters and dialogue are so limited that there are plenty of times where you actually have to cringe to get through this. The plot has some cool elements to it, but ultimately this is a cat and mouse chase and not a whole lot more. It’s the action that really drives this film home. If the last few movies in the series have been building up, as far as what they can do with action, then this is the movie that really drive it home. Short of having an underwater sequence, or a sequence of running around a factory for a shootout while the whole place is on fire or exploding, this movie has got just about every kind of stunt imaginable.

Before we get into the plot, lets just take a look at the action. Jason Statham is the villain here, out for vengeance for what the team did to his brother, Owen Shaw, in the last movie. Here, we start out with a massive fist fight between Statham and the Rock. Then there’s a house explosion. Then we get a scene of Statham and Vin Diesel driving their cars head first into each other. This is all just the warm up. Next we get the team dropping cars out of the sky with them inside. Each car has a parachute attached. And that’s just the start of that action sequence. When the cars land, there is a huge chase againt a group of armored vehicles. Paul Walker gets into one of them for some fist fighting and it continues from there.

That scene goes on to feature Walker making an escape from a truck just as it goes over the side of a cliff. Think you’ve got you fix for the falling down a huge height sequences? Not yet. Vin Diesel drives straight first down a cliff. Then the team goes to Dubai where we get them driving a car across the sky from one building into another. This actually happens twice. And while that’s going on outside, there is a girlfight fist fight between Michele Rodriguez (who ironically made her movie debut with the film Girlfight,) and Rhonda Roussey. Not done yet. There’s a drone shootout sequence with the Rock pulling out a massive macine gun and blasting things out of the sky. There’s even a warehouse shootout with Kurt Russel’s team of mercenaries. When I said earlier that there was no factory shooutout, I guess I was wrong.

So the action is definitely covered here, in every possible way imaginable. If each of the last movies featured one or two memorable sequences (the last movie had the tank on the highway, the one before it had the bank vault dragging through the streets,) then this movie has got about ten. But action doesn’t mean everything, and there needs to be a plot here as well. This movie manages to pull one together that is actually more than just a simple vengeance film. It’s just about Jason Statham’s villain. There’s a whole other villain and mission involved here as well.

Kurt Russel’s character, Mr. Nobody, is a shady government guy who is completely off the books, living in shadow. He’s got all the resources in the world, only everything he does is in secret. He works for the government and is after a weapon called The God’s Eye. Does this weapon have anything to do with Damian Shaw, (Statham,) the guy that the team is after? No. Nothing at all. And therein lies either the cleverness or the stupidity of this movie. Some will say the plotline about the God’s eye is a waste of time, since it takes them away from their mission. Others will say the movie uses it to bring in more than one villain, and have one mission spiral into another.

The deal that the team makes with Mr. Noboy is that if they can bring him the god’s eye, then he will use it to help them find Shaw. As it happens, they don’t even need it, since Shaw keeps finding them. When they go after the god’s eye, in that sequence where they drop out a plane in the sky, Shaw shows up for the car chase and attacks them. And this continues. But there’s a cool element here, involving a line that goes something like this, “the enemy of my enemy is my friend.” Let’s just say, there’s a nice villain teamup that brings everything together.

And before all of this gets started with Mr. Nobody and the mission to get the god’s eye, we even get some storyline between Dom (Diesel) and Letty (Rodriguez,) about how she still can’t remember anything. That takes them to Race Wars, a drag race competition that they used to go to together, and that we really haven’t seen since the very first movie. And we get to watch Letty race. So even when these movies have become about a sort of spy agency on a mission (this is like the B movie version of Mission Impossible,) it still makes time for drag racing.

So if the action works, and the story works, then what doesn’t? The characters and dialogue. Tyrese Gibson in particular, and the way that everyone makes fun of him all the time and he continues to be a jackass is quite annoying. At a party where the team is trying to blend in and go undercover, for example, Tyrese hijacks the microphone and starts hosting, making unbelievably dumb jokes. He actually says to a woman, “looks like you’ve got some missles under that dress.” Now the characters do laugh at him and tell him how stupid he is, meaning that the movie is self aware, but still, Tyrese is not very good with the comic relief, simply because he’s not funny.Another thing that is a little annoying is that Tony Jaa is basically wasted here. He does have two action scenes where he fights against Paul Walker, but he is little more than a henchman. The reason why this is practically a crime is because Jaa is the greatest action star of today. He’s right up there with Bruce Li, Jackie Chan, and Jet Li, as one the greatest action stars of all time. Regarding that list, he’s the only one still working and in tip top shape today. This guy can do things that nobody else in the world can, and instead of showing us that, this movie really under utilizes him. Still, it does give him two fights, which means it could have been a whole lot worse, (remember that Jet Li Mummy movie where all of his stunts were computer effects? What a waste of having Jet Li in a movie.) Furious 7 is surprisingly a pretty clever film. The plot isn’t anything special, but it does make an effort to do some things more than usual, and that goes a long way. Some of the stunts and explanations for them are stupid, (Dom driving straight off a cliff and somehow surviving is something I can’t just accept, no matter what,) but with so many stunts to choose from, this film is on action overload the whole way through. The ending could have been a whole lot better. Especially the fight between Dom and Shaw that basically turned into a sword fight with metal pipes instead of swords. But not every action scene is going to work. Especially when there’s this many of them. The dialogue is awful as usual, (“the street always wins,”) but the addition of Kurt Russell and his missions make this more like a Mission Impossible film than ever before, and in the case of this movie, and its willingness to go to town with crazy action scenes, fights, and stunts, that idea definitely works. This movie is much better than the last film, and might be up there as one of the three best in the series, along with Furious 5, and the very first movie in the series, The Fast and The Furious.