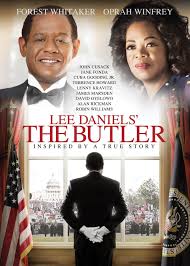 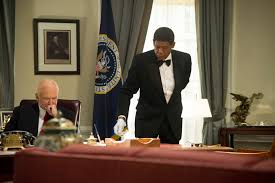 A very interesting and compelling movie about a man who spanned history and during the civil rights movement all the way through the eighties.

This is an enjoyable and entertaining movie. It’s the story of both the hardships of african americans in united states history, as well as seeing a man progress through mutliple presidents during his time in the white house. one the one hand, we have the story of cecil gaines, the butler to the different presidents. On the other, we have the story of his sons. One of them in particular we really follow through his efforts during the civil rights movement. we see the events through the son, and then hear of them through the president’s reactions in The White House. There’s a lot to like about this movie, and definitely one of the strongest qualities is the way it brings in so many different real life presidents, each one played by a very talented actor, trying his hardest to capture this man’s essence. this is a powerful and fascinating movie.

Lee Daniels’ The Butler is an incredibly interesting and entertaining movie. This is the best film about the African American experience that I’ve seen in a while, and that includes 12 Years A Slave (which won the Oscar for best picture in the same year as this movie came out.) there are lots of reasons for that, including the way that this movie doesn’t waste any time, and instead jumps right into events, knowing it has a lot of ground to cover. That ends up getting the movie off to just the right kind of start it needs.

The movie opens on a plantation in the south, where young Cecil Gaines is just a boy, working alongside his parents in the fields. It’s the 1920s and so they aren’t slaves or anything, but they sure are treated similarly. These are people working the crop for a white family, only it can be assumed, based on the time frame, that they are sharecroppers, actually getting paid for what they are doing.

still, the white man rules and in this case, a young white man takes cecil’s mother into a barn and has his way with her. everyone in the fields can hear her scream and cecil goads his father on, asking the man if he’s going to do anything about this. when the white man comes out of the barn, cecil’s father says one word to him. “hey.” it’s not even defiant, but more like he knows he has to say something. that’s enough for the white man to take out his gun and shoot cecil’s father dead.

this is already a far more exciting and upsetting opening than most movies contain. things rocket forward from there, as we follow cecil through a series of promotions. first it’s moving from the fields to the big house where he works for the mother of the family. then he runs away, breaks into a store, and ends up getting hired by a worker who feels for him. from there, cecil gets a job opportunity to work at an extravagant hotel in washington d.c., and then from there, it’s off to the white house.

cecil does everything right at his interview, including a demonstration of his knowledge on french liquor and how to make special drinks. he is hired pretty quickly and soon learns that there is a whole community of black men who work as butlers in the white house. one of them is played by lenny kravitz. another one is played by cuba gooding jr. this is a job that cecil feels he can be proud of.

outside of work, cecil marries and has two children. His wife, gloria, is a fun yet hard woman. she doesn’t let cecil get away with anything, and gives him a difficult time with some of the circumstances surrounding his job. gloria is jealous of jackie kennedy, for example, and makes fun of the way the first lady speaks french, and also how many pairs of shoes she must have.

the movie starts cecil off in the white house under the administration of president eisenhower. with each president, there is at least one major issue at hand. most of these issues have to do with the civil rights movement. in the case of eisenhower (as played by robin willaims), it’s the issue of brown vs. board of ed, and then the school situation in little rock, arkansas where black children tried to go to school with white children and were met with much objection.

after eisenhower, there’s kennedy, lyndon johnson, and nixon. the makeup here, on these top level actors, is tremendous. especially when we get to ronald reagan (as played by alan rickman), who is last. the only actor who didn’t look like was john cusack playing nixon, but that just meant he had to rely more on an imitation of voice and mannerisms, and cusack pulled that off nicely. james marsden played kennedy and liev schreiver played lbj. and every one of them had a major problem to deal with.

the movie took us through the assassination of both kennedy and martin luther king jr. it also brought on a lot of family trouble for cecil surrounding his sons. the older son, louis, became a freedom fighter. that means he traveled on the freedom bus, participated in restaurant sit-ins where black people sat in the whites only sections, and joined up with martin luther king for his peaceful protests. after king’s death, louis joined the black panthers.

cecil’s other son, charlie, doesn’t have the same anger as louis. instead, charlie wants to fight for his country (not against it.) he goes off to vietnam. between the two sons, we really get a sense of history and what was going on at the time. this movie not only shows us white and colored sections at restaurants, but also water fountains, ku klux klan attacks, and even makes time to show cecil’s wife get propositioned by a neighbor. it’s a full plate to say the very least, and that’s because it paces itself just right, never wasting any time. this is the kind of movie that really holds your attention, and while there aren’t any especially memorable scenes (other than that opening with cecil’s father in the field,) the entire picture makes for a pretty compelling experience.