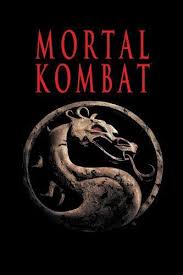 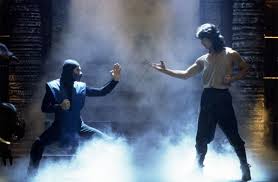 Mortal Kombat, one of the first movies made from a videogame, is surprisingly pretty entertaining. The surprise comes because this film is missing all of the usual components that make a movie good. That means the story, characters, and dialogue are all pretty lousy. And yet the movie is okay with that and keeps trying in other areas. In place do these usual elements and qualifications of what makes a movie good, Mortal Kombat substitutes in cool sets, music, creatures, and action. The result is some eye-popping fun. This is the very definition of a movie where you can check your brain at the door and just sit back and enjoy. It is by no means a great film, but there is so much on the screen at any given moment that it’s hard to not at least appreciate the effort. There are plenty of action movies, like Taken 2 that are content to offer us nothing new. Mortal Kombat is not one of them. This is a movie that keeps trying to be fun, accepts what it is without trying to fool the audience, and embraces it’s potential.

Mortal Kombat is a great guilty pleasure B movie. Nothing in it looks real or feels believable at all, and that’s all part of the fun. It’s a fantasy action film where a new world has been created and seems to exist for only one purpose… to host a fighting tournament. The world is simply composed of cool looking sets and not much more. Still, the action is fun and the music is lively, and it all comes together in a way that keeps us involved. There’s something to be said for making an effort, and this movie certainly does that.

The story here is about three strangers that are all invited to the tournament. Mortal Kombat is of course based on the famous videogame, and so the movie is really just an excuse to bring characters that we all know and love together. Of the three heroes, Liu Kang, Sonya Blade, and Johnny Cage, only one of them actually has a decent reason for being at the tournament. That one character is Liu Kang.

Shang Tsun killed Liu Kang’s brother at the start of the movie. It’s a quick scene and it ends with Liu waking up from what seems to be a recurring nightmare of his. Liu lives in a village in china where the elders worship a god named Rayden. One day an old man dressed in a robe and wearing an interesting farmers hat comes to the village. The elders say that this man is Rayden, only Liu doesn’t believe him. that’s when Liu tries to fight the man and ends up getting his butt kicked.

Rayden is the mentor in the tournament for all three of our heroes, but the only one who he actually has a connection to is Liu Kang. next up is Sonya blade, played by Billy Madison’s Bridgette Wilson. she’s a cop Along with her partner Jax, who go after low-level gangsters that hang out in clubs. when we meet Sonya, she and Jax are running a raid on the club of a man named Kano. we see that Kano has a metal plate over one side of his face with a red circle where the eye should be. is this a robotic eye? if so, we never see through it, the way we saw the vision of the terminator in the movie Terminator 2, for example. Sonya follows Kano onto the ship that will take her to the tournament. when she spots Kano on board, she quickly climbs onto the ship and runs after him.

The last of our heroes is Johnny Cage. He is also the one who has the least reason for being there of any of them. With the Sonya story, the connection wasn’t very strong, but at least we saw Shang Tsun (the guy in charge of the tournament), convincing Kano to help get Sonya Blade to come, by having her follow him. in the case of Johnny Cage, a martial arts actor who deals with people saying his moves and skills are all fake, there really was no connection to the tournament at all. One day he leaves the set of his latest action film to find an old friend sitting in his chair, showing him an ad for the tournament. The friend convinces cage that this tournament is an opportunity to show the world that his moves are not fake. We later learn that this friend was actually Shang Tsun in disguise.

All three characters board the ship and then start to explore it together. They seem to bond right away, mostly through sarcasm, and soon they are heading below deck where they meet Sub Zero and scorpion. These ninjas dress in blue and yellow, have masks, which cover their faces, and don’t appear to be very human. They don’t say anything at all, and mostly appear just to intimidate our heroes. the ship now, somehow goes between worlds, and transports everyone into Outworld, the realm where the tournament will be taking place.

Once in Outworld, our three characters walk around trying to explore. They really just end up going through a series of tunnels, not finding out a whole lot. At one point they spy on a conversation between Kano and Goro. This creature Goro has four arms and is something close to a giant. He does not wear a shirt and looks like he’s part monster, ready to rip people to shreds. Kano also does not wear a shirt and is pretty barbaric himself, eating a giant chicken leg and drinking wine as if he couldn’t chug it down fast enough. Goro actually looks pretty civilized compared to Kano. The heroes also come across a lizard-like creature, named reptile, which blends into the walls.

There is some back-story and history here, only none of it is made very clear. Goro is called prince Goro, but we are never told what exactly he is the prince of or what that title means here. Similarly, there’s a mysterious woman who walks around in the shadows and occasionally offers our heroes help. Her name is princess Kitana, and Shang Tsun gives Reptile the job of spying on her. The only information that is really given to us is that if shang tsun loses the Mortal Kombat tournament, then princess Kitana will once again rule Outworld.

The fighting begins with a series of one on one matches. each fight is to the death, giving the tournament and movie it’s name. Sonya fights Kano. I really like that this match is at the start of the tournament, whereas another movie would have saved it for the end, like it’s a big deal to see old enemies fighting each other at last. Sub Zero and Scorpion also have fights. Scorpion’s in particular is really cool, taking place in two different landscapes and completely utilizing the whip – spear which shoots out of his hand. We even get a fight with Goro, which is lots of fun until it ends very abruptly.

the final portion of the movie takes place in a barren land at the edge of Outworld, and like all the other sets in the movie, this one is just a series of statues and caves in the stormy night. Shang Tsun has the final match and he calls upon the souls of warriors who he has killed to fight on his side. It’s supposed to be like an army of fallen soldiers, but it ends up being about five guys. All of this is pretty goofy, but that’s okay. The movie does what it can with the little it has to work with. The spears, which pop out of the ground, in that final fight scene, for example, are pretty cool. Mortal Kombat is a fun movie, in large part because of how dopey it is. The dialogue is so bad that it’s funny. Still, the music is pretty perfect for this film and the sets, action, and creatures are all pretty creative. It might not be the smartest movie, but it holds our attention in ways that you don’t have to think about. You can just sit back and enjoy this movie for what it is.