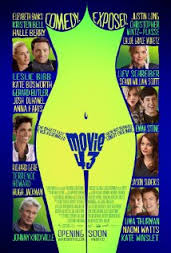 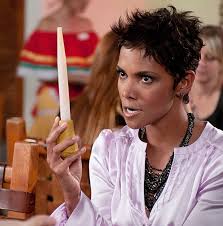 A sketch comedy movie, like kentucky fried movie, this one packs an all star cast and a lot of offensive and outrageous gags. some of them work and some of them don’t, but even when the jokes are falling flat, you can see where there was potential and what they were going for. The movie definitely tries, and puts in the effort, and it’s a decent time watching these sketches, one after another. the good thing about having so many different sketches is that if one isn’t working, it’s not very long until the next one. This is by no means a great movie, and more of the sketches don’t work than the ones that do, but even still, between the celebrities on hand and the risk taking offensiveness, the movie has it’s worthwhile features.

Movie 43 is the Kentucky Fried Movie for today’s age. That means it is a series of offensive and sometimes revolting short sketches. It’s Saturday Night Live with a bigger budget and with an r rating. Considering that it’s ten times funnier than Saturday night live or any other TV rated comedy show, goes a long way. The movie is composed of about twelve skits, and at least half of them don’t work, but the other half certainly do. And for the sketches that don’t quite gel right, you can still appreciate where they’re coming from, and what they’re trying to do.

Take the first sketch, for example. it’s about a blind date between Hugh Jackman and Kate Winslet. They get into the restaurant and everything seems great. Then he takes off his scarf and has testicles hanging from his neck. That’s the one joke of the sketch and then every other idea is about that and how nobody notices besides Winslet. It’s annoying and stupid and we’ve seen things like it before (the idea of something strange that nobody seems to notice except for the main character), but you have to give it credit for being this outrageous and ridiculous. Especially when things start happening to the testicles (they get dipped in something and nearly hit Winslet in the face when posing for a photo with Jackman.)

That one sketch sums up the movie. Most of the things here don’t work, but they are still a lot more creative than movies that turn out the same formula and are completely predictable. i would rather sit through a movie like this any day, then watch another safe house, where you can see every twist coming from a mile away. here, some of the sketches work and some don’t. but there is at least one redeemable thing about every single sketch in the movie, and that’s enough to make it a decent film.

Some of the sketches work out better than this, and some work out even worse. But not by much. the ones that are better are the ones that make the film worthwhile. my favorite sketch, for example, is one about superheroes speed dating. they pull tricks on each other and embarass each other using their superpowers, and at the same time, are tyring the stop their enemy, the penguin, from setting off a bomb. the superheroes are batman and robin, played by jason sudekis and justin long. maybe it’s no coincidence that the funniest sketch in the movie features a guy from saturday night live. sudekis was probably waiting for the opportunity to make an r rated snl sketch, and this definitely feels like that.

another sketch that i liked involved a truth or dare contest on a first date. that’s three dating sketches already, which is a common theme in this movie. for this one, stephen merchant and halle berry go on a blind date with each other and berry challenges him to truth or date. the game starts with some truths, but once it gets into the dares, things get really funny. they are entertaining while the characters are still at the restaurant (between the turkey baster and the guacamole mashing, there are some creative ideas), but once the characters leave the restaurant and take their dares out into the real world, the ideas get too extreme and over the top.

while those sketches worked, pletny of others don’t. there’s an entire sketch between anna faris and chris pratt, for example, that revolves around her wanting him to poop on her. another one is simple about a girl getting her period for the first time and everyone around her freaking out. these are all one joke sketches and if that one joke isn’t good, then the entire sketch doesn’t work.

the good news is that with a number of these sketches, the one joke is actually pretty good. there’s the home schooled sketch, where lev schreiber and naomi watts teach their son at home and try to create a real high school environment, including bullying and people being mean to him. the idea is funny and so are some of the jokes that we get in this sketch, including a sort of twist ending.

the same goes for a leprechaun sketch involving johny knoxville and sean william scott as two brothers who capture a leprechaun and demand his gold. the tag line must have been something like, what if the leprechaun wasn’t cool with being captured and instead called up his killer brother to come rescue him. violence and death ensues. like most of the sketches here, this one is not great, but it is certainly entertaining.

i really like the way all of the sketches are glued together by a single plot about a guy trying to sell his script to a movie studio. each of these sketches is something that he wrote in his script. the man is played by dennis quaid, and the studio head is greg kinnear. this ends up being a sketch itself, including a funny joke about what keeps happening to a security guard.

movie 43 is by no means a great movie. in fact, it isn’t even good, but it is certainly entertaining. compared to something like in-app-ropriate comedy, which was out last year, this movie is gold. that’s because every sketch has some potential, even if most of the time the movie fumbles that potential and doesn’t handle it as well as it should have. there are a whole ton of celebrities on hand here, packing every sketch, and that helps a lot too. it seems that the movie did whatever it could to get celebrities to participate, including letting real life couples be in sketches together (anna faris and chris pratt, namoi watts and liev schreiver), and also old friends (dukes of hazard costars knoxville and sean william scott.) the movie is good for a few laughs, but not a whole lot more.