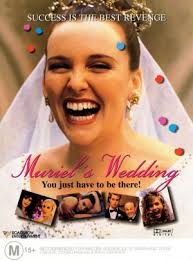 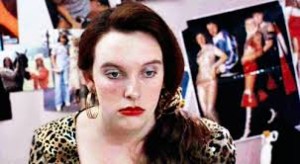 A clever premise becomes a simple, yet likable movie as it goes from creative to typical romantic comedy fare.

It could happen to you is a movie that really is based around a one liner premise. a cop offers a waitress half of his lottery ticket as a tip, and when he wins the lotto, he keeps to his word. that’s it. it’s a simple deal that seems silly to both parties involved at the time it is being proposed, but ends up being a great story. the newspapers certainly think so. in fact most people do. all but Nicholas Cage’s wife, Rosie Perez.

At the start of the movie we follow all three of the main characters in their lives. There’s Charlie Lang (Cage), a nice, simple cop who hangs out with the kids on the block playing stick-ball in the street, and strolls around with his partner (The Wire’s Wendell Pierce), trying to do good for the community.

We also meet Yvonne (Bridget Fonda), a waitress whose actor ex-boyfriend cleaned her out of all her money and is the reason why she now faces a judge. She tries to speak to the judge about her problems and in a funny moment, even pours him a glass of water, but he still declares her bankrupt.

Finally, there’s Charlie’s wife, Muriel, played by Rosie Perez. She goes for the same kind of loud mouth persona here that she used in white men can’t jump, her breakout film. only here, she’s not nearly as cute, charming, or nice. Instead she complains to her customers at a hair salon about how her husband makes no money and is too honest. She says she would prefer if he was on the take and at least had a little something extra to show for it.

As the premise of the movie goes, Charlie does play the lottery and he does stop in a restaurant to sit down for a bite. I like how the movie spends the extra moments to focus on his buying the lotto ticket (he waits in line when his partner tries to use being a police to jump it), or how Charlie and his partner end up randomly choosing to go to this diner.

Charlie and his partner are called away from the table to follow up on something that comes over their radios. and so they get up, having only had cups of coffee, and Charlie realizes he doesn’t enough money to leave a tip. That’s when he makes the deal with Yvonne, who expects to never see him again.

The rest of the story falls into a love triangle / romantic comedy movie. Charlie and Muriel of course win the lottery and Charlie then spends the next day or so debating on what to do. He talks to his partner about it, which really isn’t much help, but I still like that the movie took the time to get inside this character’s head and explore his uncertainty. In fact, I would have liked a little more of that. He explains his reasoning for maybe telling Yvonne because, “it’s the right thing to do,” but never mentions what might happen if he doesn’t…that he could have bad luck or something. karma. similarly, there isn’t enough talk about the negatives to giving her the money, such as what will be his wife’s reaction.

Charlie is able to explain it all to his wife and even convince her to go along with it, painting a picture for her as the hairdresser with the heart of gold. but then he bumps into Yvonne and they suddenly start doing things together. They are going out on dates and we are supposed to ignore the fact that he is a married man who is basically cheating on his wife. The news of the cop and waitress spending time together gets attention from the media, and soon Muriel learns of it and becomes furious. she kicks Charlie out of the house, which actually drives him full force into Yvonne’s arms.

As the movie goes on, the clichés start to work themselves in there more and more. there’s the plaza hotel scene where both Charlie and Yvonne go there independently and both show up at the exact same moment. There’s also the way they both get stuck on the docks as the boat they were going on sails away, leaving wife Muriel on that boat by herself.

In the end, there is a trial, which is meant to be somewhat of a climax, except that it is over too quickly and kept too simple. The scene could have been exciting, the tension was certainly there, but the filmmakers seemed to have nowhere to go with it. And so we are left with a circular ending and a nice little romance, where everything is just a little too coincidental. Even the Muriel character becomes cartoonish and too evil the more we spend time with her. it’s an enjoyable movie, but really nothing that stands out.