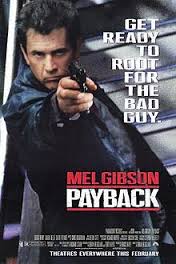 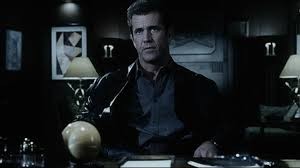 A decent story and some great atmosphere and style make this movie pretty enjoyable, even when it’s not being the most creative.

The thing about Payback is, it’s basically a different take on the same kind of story. Now, it’s nice to get a version of that story that does things in a unique sort of way, but what might have been a little better would be to get a story that was unique and different. Something that was more of a mystery than a revenge action film. Still, there’s a lot that this movie gets right, starting with the dark and gritty atmosphere. Blueish gray filters are used to colorize and get the look of this film exactly right, and boy does it look good. And regarding the story, most films in this genre simply have a double cross happen at the beginning, and then show our character spending the rest of the fim trying to get at the man who double crossed him. That showdown is saved for the climax. Payback is different. Instead of saving the showdown for the end, it puts it right in the middle and then keeps on moving forward after that. The mission here isn’t about seeking vengeance (although I suppose that’s the first thing Porter needs to cross off his list,) it’s about getting his money back. In order to do that, Porter basically has to trace the money, going from one mob boss to the next, moving up the ladder until he reaches his goal. It’s definitely a cool take on the genre.

Payback is a pretty decent action movie. It’s hard to call it a mystery or a thriller because there are never any realy questions at hand here that need uncovering. It is, however, most certainly a gritty noir. The movie is directed by Brian Helgeland, a man who hasn’t exactly proven himself as a director, with films like A Knights Tale and 42. As a writer, on the other hand, Helgeland penned one of the greatest film noirs of all time, L.A. Confidential, along with director Curtis Hanson. Based on what we saw in that movie and then what we get in Payback, there’s no qustion this director has a sense of style and atmosphere. It’s the story that often needs some work.

Payback opens with a man named Porter (Mel Gibson) lying on his stomach, being operated on. He’s bloody and a bit of a mess, as a man performs illegal surgery on him in a dirty room, pulling bullets out of Porter’s skin. All of this is set to Porter’s voice over explaining how he knows exactly the amount of money that his life is worth, because that’s what they took from him. Seventy million dollars. This scene is very stylized, as is the entire movie, really, and we immediately hit by the distinct gun-metal blue coloring. It’s like a grayish blue and it makes the scenery in this movie bleak as hell.

From here we move to a flashback. Good thing because that opening was starting to make us curious. Who was Porter talking about and how did he find out that his life was worth that much money? We see Porter and a blond man named Val, staking out a Chinese gang who has just pulled off a robbery. Porter notcies something about the gang. None of the members are wearing seatbalets in the car. He point this out to Val, and we know that the two of them have a plan. Cut to a few days later, and Porter and Val are riding in a car, speeding down an alley. They are flooring it, heading right for the car of the Chinese gang, ready to smack into it, head on. They do this, and the Chinese men are all badly hurt, from not having their belts on during the collision. Porter and Val rob the gang members and meet up with Porter’s wife in a garage. That’s where she and Val tun on him and shoot Porter in the back. This is what leads us to that opening scene.

I really like that the scene of Porter recovering and being operated on at the beginning is not a flash forward of something from the middle or end of the movie. Lots of films do that, giving us a taste of what we should be excited at the start of the film, and then waiting until the end to actually show us. This movie gets into it pretty quickly. It gives us the setup of a revenge movie. Will Porter spend the duration of the film going after those who wronged him, trying to get back at his wife and Val?

The answer is no, and thank goodness for that. We’ve seen that exact movie, way too many times. The way it usually works is that Porter may be back, but now Val has risen up in powere in recent years, and has a bunch of men working for him who will be sent in to get Porter, long before he reaches Val. It becomes a very generic film with Val being saved for the final villain at the end. Payback doesn’t do that. It avoids those cliches nicely.

Instead of Val being the ultimate villain, he ends up being the middle man on a totem pole. That means the movie isn’t all about getting him, but is much more about what comes after him. And Porter’s wife is handled right away. In fact, no sooner does Porter get back home, then does his wife walk in, with a heroin needle in her arm, lie down on the bed, shoot up, and die. So that one’s out of the way. And Val is next.

To find Val, Porter has to go see a bookie who he knows Val has worked closely with in the past. This man is played by David Paymer, and he claims to not know where Val is until Porter gives him some reasons to be truthful. All the bookie is really able to tell him is that Val is in New York. But what does come out of the scene is that Porter meets two cops, who are playing Poker in the back room of the bookie’s establishment. These cops are very interesting in what Porter is up to, and want to get themselves in the game as well. If there’s money going around, then they want a pice of it.

Porter finds Val at  a hotel and breaks into his room. This is right as Val is having a private session with a prostitute who speacilizes in torture. This is Lucy Lieu doing S & M, dressed all out in leather. She likes beating Val and Porter doesn’t mind taking a break from his agenda to watch this. When he has let Lieu beat Val enough, he stops her to ask Val some questions. Porter learns fromVal that his money has been given over to the mob to pay off a debt that Val owed them. So that’ s who has Porter’s money. Porter’s mission isn’t to get vengeance on Val. It’s to get his money back. In order to do that, the ladder he needs to climb is really just beginning.

Porter goes to see a woman he used to drive for as a bodyguard while she performed tricks. He was always fond of this woman (played by Maria Bello), and she just might be the only one he can now trust. Porter shacks up with her and when Val finds out and attacks at her place, Porter takes care of Val once and for all. Only that’s just the start of his problems. Apparently Val pulled a few strings before Porter took him out and set a lot of pieces into motion. One is the Chinese gang that he and Porter robbed at the start of the film. Lucy Lieu knows them and lets them know that Porter is the one who robbed them. So they come to town, looking for him.

And then there’s the mob, led by William Devane. He sends people after Porter and it’s kind of ironic, since Porter was just about to start coming after him. And that’s pretty much what happens. Porter handles the guys who are staking out his place and then goes to see Devane. From there he just keeps on following the ladder up, one bad guy at a time. He goes to Jame Coburn next. his ultimate goal is to get at the big boss, Kris Kristofferson. It takes a little while before Porter can make that happen. Some of the final moves in this film involving Kristofferson and his son are a little too convenient. But other than that, it was a pretty good movie. As far as vengeance films, or chasing the money up the ladder of bad guys movies go, this one is pretty good. But without that mystery element that Gibson has found in other films, like Edge of Darkness, the movie is also a little too simple. The plot is simply that a guy gets robbed, goes after the guy who robbed him, and then follows the path of where his money went, killing one bad guy at a time until he gets it back. The atmosphere and ideas are cool, and the plot pulls some nice punches, like not making the movie all about vengeance on the guy who put him in this situation. It’s a different take on the same story. To be a little bit better, it would have needed to be a new story.