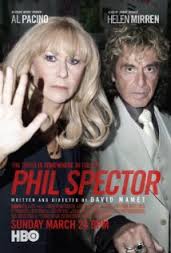 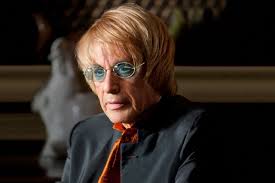 A very interesting and detailed movie about the circumstances leading up to a murder trial.

Phil spector is writer / director david mamet’s take on a trial movie, and it tries to handle the genre in a way that we haven’t seen before. it’s a trial movie without a trial. instead, this is the really the movie about the preparation for a trial. on the hand, that means we are deprived of what most movies in the genre tend to use for their climax. on the other hand, we get a lot more attention to detail and to how a case might be proved. we see all kinds of models and demonstrations of guns being fired and the results and why there is reasonable doubt that this man committed murder. we also get some really interesting performances by both al pacino and helen mirren. pacino, in particular, plays crazy like nobody else. and here he does it in a very sad and serious way. the movie has a lot going for it, but not having much of a trial or seeing any witnesses take the stand, does leave us hungry and feeling like we just sat down for a meal, but never got any food. the movie is definitely good, but it leaves something to be desired.

Phil Spector is a David Mamet movie, and it’s the kind of Mamet movie, where this writer / director was really stretching and experimenting with things he had never done before. Mamet is a conspiracy and corruption filmmaker. He specializes in movies about thievery and cons. Sometimes it’s a criminal situation, like his film The Spanish Prisoner, and other times it is more legitimate and legal, like in Glengary Glenn Ross. Either way, Phil Spector, a movie based on a real life murder trial, was something new to Mamet.

With that in mind, he handled the film pretty well. That is to say the movie turned out to be more interesting than one might expect. It was made by HBO and released on that network, and there’s something to be said about that. HBO, these days, is making lots of bio pick films starring big time actors, which isn’t really anything new to the network. What is new, however, are the level of directors they are getting involved with. last year, they made headlines with their risk of telling a very current story of the mccain / sarah palin campaign, with the movie game change, and got director jay roach to make it. this year, the stakes have gotten even higher. there’s mamet making phil spector, and then steven soderbergh, making behind the candleabra, the story of liberace. these are some of the best filmmakers around.

in the case of phil spector, mamet’s writing and directing is really the reason to see the movie. it’s certainly what drew my attention. sure, having al pacino and helen mirren as it’s stars was nice too, but both of them have made enough lousy films that they are hardly a sure thing. mamet, on the other hand, is more of a good bet. his movies might not always be good, but they are certainly always interesting. just to hear his dialogue alone, which is so unique and distinctive, is usually worth the time and effort it takes to watch one of his films.

unfortunately in phil spector, his dialogue isn’t as flashy as usual. maybe that’s because he is writing in a different genre, that he hasn’t done before, and is out of his element. or maybe it’s intentional, because he is trying to do something new, and write with a different style. either way, it is still there, and you can definitely tell that the movie is his, it’s just not as easy to find or apparent as usual.

the movie is about the trial of phil spector, a music producer who reached great success in the sixties and seventies. this guy was a part of rock and roll with some of the greatest artists and songs of all time. he worked with the beatles, for example, and has lots of stories about them, as well as others. and now, he is being accused of murder.

the situation is that there was a woman with spector in his house, where it was just the two of them, and a gun went off inside the woman’s mouth. the issue is whether spector shot her or whether she was the one holding the gun herself, taking her own life. the movie centers around this single question. it is incredibly detailed and direct, and that’s both a good thing and a bad thing.

the good part about it is that it’s an incredible learning experience, seeing all of the intimate details about how guns go off and blood spattering and things like that. the bad news is that it makes a very small story. we spend very little time, for example, at the trial. we don’t get to see one witness get up on the stand and questioned. instead, the movie is about the preparation for the trial.

helen mirren, playing spector’s lawyer, linda baden, is very good in the role. she doesn’t know whether to believe in her client’s innocence or not, when she first considers taking the case. spector already has another lawyer, played by jefferey tambor, only he won’t be able to finish out the case, and so he recruits linda to help. and linda gets to work, right away, with trying to create reasonable doubt.

the models and examples about the gun going off in the woman’s mouth are incredibly fascinating. we get to see digital reenactments about what would happen to the blood, on a television screen, and we also get sit down demonstrations. one involves a woman who is brought in and given a challenge. she is given a gun that is just a toy. however, there is an alarm attached to the trigger so that when it is pulled, the alarm goes off. the woman is asked to put the gun in her mouth, and asked to not pull the trigger no matter what. then someone shouts at her and scares her. the idea here is to show that if the gun is already in your mouth and then someone scares you, you’re going to pull the trigger, even if you don’t intend on doing it. the way the scene works with the challenge and not knowing what’s going to happen, and giant flashing alarm, is just fantastic.

the same can be said of a scene where spector is given a mock trial demonstration on a film set, dressed to look like a court room, in order to see how he will do when he takes the stand. scenes like these are a lot of fun, and this movie puts them in place instead of showing us the trial. that’s the idea to the film… we’ve seen so many trial movies, how about one that never really shows the trial at all, and just the preparation for the trial. it doesn’t quite work as well as it sounds, because by the end of the movie, we are hungry for the trial and never get to see it. instead, all of this preparation should have led us up to a final scene or two that was at the trial. maybe we could have seen the doctor take the stand, and spector take the stand, and that’s it. the movie is very interesting and creative, but it just needed a stronger climax that gave the audience what they wanted to see.