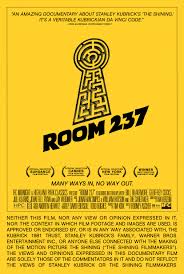 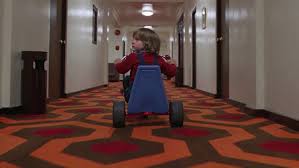 The theories might all be crazy and ridiculous, but this is still a very well-made movie with killer music and camera tricks.

The idea of making a documentary that analyzes different theories about a classic film is a pretty cool one. especially if that film happens to be as wild and haunting as the shining. and yet this movie doesn’t really pull off what it sets out to do. that’s because most of the theories that are presented here are completely ludicrous. the music and camera work and even the sounds of the voice overs when combined with everything else, are great. but the content of those voice overs is filled with nothingness. some of the cool tricks that the movie does, such as taking us over maps and blueprints of the hotel, are a lot of fun, but when it comes to theorizing about what kubrick might have been up to, this movie openly accepts anything that someone puts forward, without any filter or questioning of validity. there are definitely things to like about this movie, but unfortunately nearly every theory is a lousy one.

Room 237 might not have a single bit of merit to it, but it is still an interesting film. That’s because of the way the movie is made, with fast moving music, put together with still photographs that often zoom in to certain areas being discussed. The voice-overs explaining different theories about The Shining might have ridiculous content that they are trying to explain, but the way that these ideas are presented so passionately, make it still seem enjoyable.

I only wish that some of the theories were a little more thought out or better constructed. The first theory, for example, is about Native Americans. The idea is that the hotel was built on a Native American reservation and that director Stanley Kubrick kept giving us hints of that wherever he could, such as cans in the storage area of the kitchen that have the image of an Indian head on them, wearing a headdress.

all of this is fine, but the problem is, so what? is that really as far as the theory goes, and does it have any other meaning or point besides that? maybe the point is that all of these murders and horrible things happen because the hotel was built on the reservation, but if so, then that point is never really explained. instead, we get absurd attempts at pointing out symbolism, such as that the characters are smoking peace pipes.

another theory is that there are sexual ideas in the film. isn’t that obvious considering there is a scene where jack enters a hotel room and a beautiful naked woman steps out of the bathtub? the man who wants to talk about this, looks carefully at a scene where jack enters an office and shakes hands with a man behind a desk. when the man walks to the side of the desk and the two hands meet each other for the shake, there is a stack of books next to the man’s crotch. the voice over on the film explains that this man has a hard on. but the problem is, it doesn’t explain what that is supposed to mean, or what the point of it is. does this man behind his desk have feelings for jack or something? none of that is explained at all.

luckily some of the ideas are better than this. i love the scenes that don’t so much put out wild theories suggesting what kubrick might have been up to, but instead show us how he went about presenting his movie to the audience. for example, any scenes that carefully study the layout of the hotel and the way that kubric introduces these rooms to the audience, tend to be pretty interesting. the movie takes us over virtual map of the hotel, moving through blue prints of each room. it also follows danny, jack’s son, as he rides around the hotel on his mini-bike. as we follow danny, a map is shown beside it, to let us know what part of the hotel danny is in at all times. We watch a moving dot on the map, representing danny, to see the way that kubric shows us different rooms of the hotel before having danny return to the same areas again.

there is also a cool story about the debates and anger between stephen king, the author of the book, and kubrick, the director. there is mention of a car that was in the king book, which kubrick substitutes out of this film. instead, he has his character drive a different car, and pass that car which king wrote about, on the side of the road. when jack passes it, that car is flipped over and has been totalled and destroyed. the message here, which kubrick is apparently trying to send king, is that kubrick took king’s book and destroyed it and made it his own. i don’t know if this is true or not, but of all the theories in the movie, this one probably holds the most water.

for every theory or idea that makes a little bit of sense, such as that one, there are about two or three that are just totally insane. one theory that is out in another world, claims that kubrick faked the moon landing. the theory points to the room number 237, and how many degrees the moon is away from the earth. it notices that danny is wearing a shirt with a rocket and apollo moon landing space craft on it. Finally, it looks at the key to room 237, notices the “room n0,” has the word room and the letter n in capitals, and claims that this stands for moon room.

Even if Kubrick was trying to hint that he thought the moon landing was faked, the theory is still way too far out there. the man who claims this doesn’t just stop at the idea that Kubrick was suggesting the landing was a fake. instead, this man claims that kubrick was the one who was hired by the government to film the fake moon landing. the theory looks at kubrick’s relationship with his wife and how he had to hide the secret from her, and hiding clues about in the movie like this was his only way of letting it out.

It’s a real shame that the theories weren’t better here, because i love the idea of dissecting a movie with different ideas and of closely examining it. i also think the shining is a perfect choice for a movie to make a documentary about. the problem is that the things that should be addressed here never really are. for example, with the mysterious caretaker who murdered his family and now appears to Jack in the men’s room, why do we not get theories about who this man is or what he represents? why don’t we ever hear about the famous image of jack destroying the door with his axe, and what the shattered pieces might mean? even the labyrinth isn’t discussed in as much detail as it should have been.

The positives about Room 237 are the ways that the movie was put together. there are fantastic visuals here and some really great editing. in many ways this movie reminds me of the little image show that warren beatty is presented with in the movie the parallax view. i love conspiracies and movies about uncovering conspiracies, but there has to be a little bit of merit. just something semi-plausible to latch onto. In this movie, most of the theories are totally grasping at straws. the music is another great feature of the film, and it really goes a long way. the movie is very well made, but unfortunately the content of what these people are talking about is full of bizarre ideas with little to no merit.