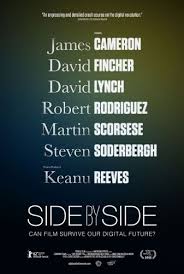 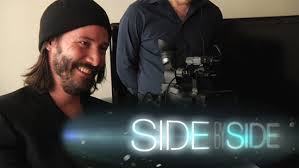 An entertaining and somewhat funny film, this one might go to new places, but it still moves just a little too slowly.

The Sessions are a different kind of movie. It is one of the more original movies of the year, and I suppose it is closest to other movies about handicapped people like awakenings, my left foot, or the diving bell and the butterfly. Only it is pure comedy. It is a movie about a very depressing subject, as the hero is in an iron lung, which means he is stuck inside a machine for most of his life. Yet, it finds lots of humor. This guy, Mark O’Brien (played by John Hawkes), should be miserable. Only he is not. In addition, that is what the movie really is about.

Unlike some of those other movies, such as the diving bell and the butterfly, this film is actually fun. It knows that to be too serious is to have a boring film. In addition, it embraces a comedic tone. From the very beginning, O’Brien is delivering jokes and messing around with everyone he comes across. Some of these people include his handler, a heavy-set woman whom mark does not like, and a priest (played by William H. Macy), who mark goes to talk to on a regular basis.

When he is not in the iron lunch, mark is stuck in a rolling cot. He cannot sit up or move his arms, hands, legs, or feet. He is basically paralyzed from polio, only he does have feeling in these places. He just cannot move them himself. For John Hawkes as an actor, that is a hell of a thing to have to portray. This guy is very deserving of an Oscar nomination for his work here, because he pulls it off, acting the entire movie from a horizontal position. He changes his voice and tone and really embodies this guy’s fun, lively spirit. I certainly hope that the academy realizes just how much went into this performance and gives Hawkes the recognition he deserves.

The first third of the movie or so is incredibly funny. It feels like one joke after the next and it really brings you into the movie. I remember thinking pretty early on, “I had no idea that this movie was going to be so funny.” and it really is all John Hawkes, since Helen Hunt, his main costar in the film, doesn’t appear until after that first third is over.

The basic premise of the movie is that this guy is a virgin and has never had sex and now decides that he wants to do it for the first time. The idea comes from one of O’Brien’s friends doing a documentary about handicapped people having sex and asking him to come in for a question and answer session. The girl ends up talking mostly about herself and the experiences that she has, and it is funny how open she is with detailing her sex life. However, it also gets mark thinking about himself.

Mark goes to his priest to look for both advice and permission. His priest seems a little unconventional and like the kind of guy who might give mark, the sort of advice he is looking for. This is the guy, after all, who told mark to fire his handler because she was not making him happy. Mark now asks the priest if it is okay for him to hire a sex surrogate, who is a woman who will sleep with him, but be sensitive to his needs. In addition, the priest gives him permission.

That’s where Helen Hunt comes in. she begins seeing Mark and on their very first meeting, she disrobes and joins him for some nudity and touching. This movie turns out to be much more sexual and detailed than I expected. Helen Hunt is constantly nude throughout the film, and she even does full frontal. Her last nude scene in the movie is so long that it just hangs on her, as she lies in bed topless, carrying on a conversation. The scene is so long and so relentless, as it stays with that one shot the entire time that we actually get tired of her naked image.

As far as the sessions go, they are okay. They start out fine, but we actually have more fun with what is going on outside the room than inside. Outside the room, Mark’s Asian handler is swatting off advances and questions from the front desk clerk at the motel. Her interactions with this guy are some of the funniest things in the movie, and she completely shocks us by being so open about mark and what he’s doing in there.

The interactions between Hawkes and Hunt are okay. I’ve heard a lot of praise for her performance here, but I don’t think she does anything special. In fact, the fun of the movie kind of slows down once she comes in. and as the movie goes on, it completely loses that sense of fun and gets into some serious ideas. By the end, we get a climax and an unexpected surprise, but it all seems to have happened so fast and off screen.

The Sessions are a good movie. If it didn’t start dragging in it’s second half, it would have been great. I suppose it’s a lost like Hitchcock in that way, another movie that is out in theaters now. Both movies are a lot of fun for a while, but then get into more serious situations and the energy that they started off with goes right out the window. I liked this movie, but I definitely felt like it’s second half was riddled with problems. For one thing, we never really see what happens with mark and the woman who he flirts with at the hospital. We find out what happened to them much later on, but for some reasons it is all kept hidden from us off screen. I’m not sure that I understand why the movie didn’t want to show us their relationship, but even still, there was enough good about the first half to make up for it.