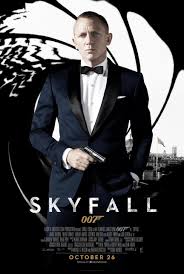 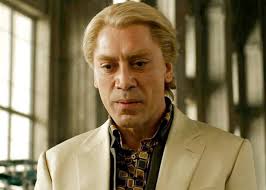 A very good Bond movie with terrific scenery, an interesting plot, and some cool action.

Skyfall is a very entertaining film. The action is once again superb, and Daniel Craig is terrific in the role as always. The story here is pretty interesting too, giving us a mystery in the first half that slowly leads to us meeting the villain. The second half is all about the villain. The entire movie is loaded with incredible visuals (the Shanghai scenes in particular, really stand out), and while there are certainly some problems, including not showing us the villains uescape, and a lousy end to the climax, the movie is overwhelmingly pretty cool. The action is really shot well. Between that and the story, as well as all of the atmosphere, this turns out to be a pretty great movie.

There is no question at this point that Daniel Craig is an incredible James Bond. It seemed like a risk when he was first cast, with Clive Owen up for the part and Craig being a totally unproven actor (Layer Cake was the only real starring role under his belt at the time), but it paid off amazingly. Casino Royale was a pitch perfect film. It had some off the charts action scenes and a great story to thread the pieces together. Quantum Of Solace was an okay entry. It wasn’t bad, but just moved a little too slowly at times. And now, Skyfall once again shows not only how great Craig is, but how great the bond series has become. This movie isn’t quite as good as Casino Royale, but it sure is pretty cool and entertaining
The movie gets things started with great intensity right from the beginning. It opens with a car chase sequence that ravishes the streets of Istanbul, turkey, before it turns into a rooftop motorcycle chase. Soon after that it becomes a brawl on top of a train. Bond operates a crane, tearing train cars apart, and fist fighting with the villain as the train zips through a tunnel. When our characters have to dive down to fit into the tunnel, it reminds us of the very first Mission Impossible film. When we watch the motorcycles fly through the air onto rooftops, it reminds us of the Bourne movies. At this point, we’ve seen it all before, but it’s still a lot of fun. Especially when shot so vibrantly, with everything looking great (no CGI effects here, this stuff was really done.) And it ends with bond being accidentally shot by his own people and plummeting into the water below. What an opening!