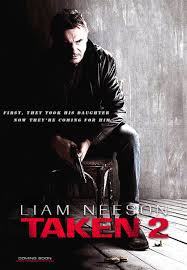 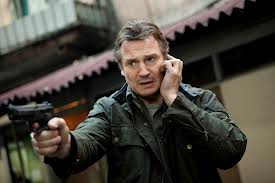 The exact opposite of everything that made the first one good, this film is paint by the numbers with everything feeling rushed and uninteresting.

A movie that is completely generic and boring, for an action film, this one really misses the mark. The problem is that it doesn’t in any way try to be different or creative. The first movie has Brian Mills (Liam Neeson) going from place to place kicking butt and following clues in order to get his daughter back. He moves around, getting deeper and deeper inside the organization that has kidnapped her. In this second film, he doesn’t really go anywhere. The movie takes place in Istanbul where he and his wife are held prisoner in a small hideout, and all of the action takes place either in or around that hideout. Not only are the story, dialogue, and acting lousy, but the action is too. Every movie should either offer up something new and creative or at least make an attempt to. This movie doesn’t.

Taken 2 is a pretty lousy film. that’s a real shame considering how good the first movie was. Liam Neeson’s original action break-through movie (the film that changed his career trajectory, made him a modern-day action star, and got him movies like The Grey, The Unknown, and Non-Stop), really did everything right. It’s almost like a stroke of luck that things worked out so well for Taken, sticking with a very basic story and yet coming up with some clever places for it to go.

The movie was about a kidnapping ring overseas where girls were snatched up and sold into slavery to the highest bidder. This storyline wasn’t simply about Brian Mills (Neeson) trying to get his daughter back. It was about Mills infiltrating the underground world and getting in as far as was necessary for him to go. The sequel, on the other hand, actually does stick to a simple agenda that goes no further than it’s initial premise.

The plot idea for the sequel is that the father of one of the men who Mills killed in the first movie (the guy who was hooked up to electricity in a chair as Mills questioned and torturred him), is now out for vengeance. When Mills and his family travel to Istanbul for vacation, this villain, Murad Krasniqi, sees it as his chance to act. He immediately puts his men to work, sending them to torture the French police inspector who helped Mills in the first movie.

I really like the way they brought this French police inspector back, even if it was just for one scene. And I’m glad that Leland Orser is back as Mills’ friend, but in this movie, Orser is given absolutely nothing to do. In the first movie he was really able to help out with getting Mills some important intel. I suppose this film didn’t want to feel like a replica of that first movie, and so it stayed away from things that we had already seen before, but it chose the wrong things to copy and the wrong things to leave out. For example, Orser isn’t used at all, but the way the first movie got bookended by the story of Mill’s daughter, Kim, and her singing career, is definitely copied here. This movie is bookended by the story of Kim taking her driver’s test. It’s pretty dopey.

So is the whole opening to this movie. Mills shows up at Kim’s house to take her for a driving lesson, and she’s not there. She’s out with her boyfriend. So what does Mills do? He goes to the boyfriend’s house to get his daughter. The movie thinks it’s being funny, showing us how overprotective Mills is and playing it for comedy, only he comes across as more of a psycho than as caring. Aside from that, every bit of dialogue in these early scenes happens rapid fire, as if they were on a clock and couldn’t spare a second to even breath. It all feels very forced, and both Neeson and Famke Jansen (his ex-wife) are doing terrible acting here.

When Lenore (Jansen’s) husband cancels a trip that they were all going to take, Mills seizes the opportunity to invite both Lenore and his daughter to come to Istanbul for a week and hang out with him. They take some time to think about it, but then agree, and it is never called to attention that Lenore is married to someone else. Yes, she confides in Mills that she and her husband have been having problems, but even still, that does not mean it’s okay for her to just go on vacation with her ex.

It’s not long after they get to Istanbul that the trouble starts. Mills sees it coming and gets out ahead of the storm, and the problem with this is that we cannot clearly tell how he knew. Sure, he saw guys that looked suspicious on the street, but his actions in response were that of a person who was absolutely sure that something was wrong. When he sends Lenore out of the car, running to the hotel room to get the security, you know he’s sure of himself. I was looking for some doubt in his eyes, the kind that really would be in a person’s head if this were happening in real life. Something like, “was I maybe wrong about those guys and just imagining the worst?” That doubt never comes.

Now some of the action moments are cool. That’s really the only redeemable thing about this movie, and it’s hardly great. There’s one interesting situation where the bad guys cut Lenore’s throat (not completely) and then hang her upside down to drain out. I like how this is explained to us. And then there’s another cool moment where the bad guys shoot a wall that Mills is behind. But for every one of those, there is a stupid moment to cancel it out, like the one where Kim goess around on rooftops throwing grenades into the air so that her father can hear on the phone where the noise is coming from, and figure out how far away she is. The first grenade throwing moment is okay because Kim takes the time to make sure the area is empty and safe. but then she starts launching them like crazy, and it seems she is barely even looking anymore. This gets pretty ridiculous.

There is a whole lot that made the first movie what it was. One of theses things was the action. Filmed in full body shots so that you could really take in exactly what was happening and how Mills was taking these guys out. The sequel doesn’t do that. Instead, it uses hand-held closeups of things like fists moving quickly cut with rapid fire pacing like you would find in a Michael Bay film. The result is pretty terrible. Even if the plot and dialogue were bad, the action should have been the one thing commendable about this movie. I just watched guilty pleasure, B movie Mortal Kombat, from the nineties, and that movie makes a real effort with both action and sets. Taken 2 does neither one. They should have thought of a way to be unique. For example, they could have got the parcour guy from the opening scene of CasinoRroyale to do some impressive things as someone helping Mills or hired by the enemy to fight against him. That’s just one random example, but it would have made a world of difference.

The other problem is that the story doesn’t really go anywhere. In the first movie, it took Mills to a construction site, then to the kidnapper’s house where the guys were all sitting around, then to an exclusive high-end party where the girls were being sold, and then to the actual buying room. Finally, the movie ended on a boat. All the different locations felt like layers of the onion that had to be peeled away to see what was coming next. In the sequel, the world of the bad guys consists of just a small dark building that feels more like a cave. The entire film takes place in or around this hideout. There is no moving up in the world for Brian Mills or going from one level to the next. That was the single thing that made the first movie great, more than any other, and this movie doesn’t even attempt to use it. Taken 2 is watchable because the action does keep our attention, but there is nothing in this movie that is very good or unique.