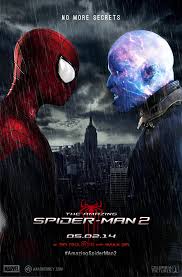 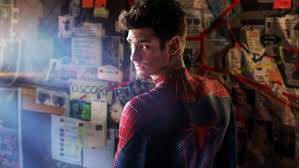 Not bad, and a hell of a lot better than the Tobey Maguire films, this one is dark and tonally fine, but it doesn’t manage it’s villains well and that ends up causing some major problems.

The action is pretty good here, and just like in the first film, Andrew Garfield and Emma Stone are dead on the money with casting. These two not only fit the parts, but they also have great chemistry. It’s the villains and their storylines that aren’t handled so well. Jamie Foxx as Elektro is often goofy and annoying. His character feels way too cartoonish when he’s in human form. Luckily when he turns into Elektro, things get a whole lot better.  But then we get two other villains, who are rushed and not given the treatment they deserve. On top of that, there are about five storylines happening in this film, including the mysteries surrounding Peter Parker’s parents. The result is well-intentioned, but very overcrowded and a bit of a mess.

The Amazing Spider Man 2 is an okay movie. It’s not bad, and there’s actually a lot to like about it, but boy does it screw up the villains.. This is one of those movies that really works in the first half (save for the ridiculously cartoonish Rhino and Elektro, both in human form), but then it falls apart when it tries to do too much in the second half. Specifically the last handful of climactic scenes, which are the ones we have been waiting for throughout the entire film. The movie just doesn’t have control over it’s pieces and how to move them around. The simple way of looking at it is that there is way too much going on. If the movie had taken the time to be more economic and perhaps bridged storylines together into one, or just cut some all together,  it could have been a much more effective film.

There are five pieces at play here. Those five pieces are three villains, a story about Peter Parker’s parents (sounds like a tongue twister), and the story of Peter and Gwen Stacey’s relationship. The movie was directed by Marc Webb who made the first Amazing Spider man film as well as 500 Days of Summer, and considering that Webb is an expert on how to tell a romantic story the right way, you can bet that there’s plenty of that genre mixed in here. The scenes about Peter and Gwen’s relationship are pretty good, and that’s mostly because these actors are so perfect for their roles. The two of them were fantastic together in the first film, and they are nearly as good here. The issues that Peter and Gwen deal with involve Parker wanting to still be with her, but also knowing that he promised Gwen’s father, Captain Stacey (played by Dennis Leary), that he would stay away from her. That moment was towards the end of the first film, and I really like the way that this sequel picks up with that storyline right where the first film left off. We even see flashes of Dennis Leary’s character in this film, as they haunt Parker.

All of that is good, but the romance is just one of many stories. Another is the mystery about Peter’s parents. That’s the story that seems the most wasted here, considering everything else that’s going on. I do love the way the movie opened on a plane with us seeing what really happened to Peter’s parents. It is handled in such a cool way that we see the exact same moments from the first film (the vandalized study, the leaving young Peter with his Aunt and Uncle), only now see what happened after those events, from a new angle. Here, in The Amazing Spider Man 2, the opening scene works, but maybe that could have been it. Just that scene and then the rest of the movie devoted to other things. It certainly would have left more time for the villains. Fans complained after the first movie that there wasn’t enough about Parker’s parents, so this movie threw it in there, but it also made it too big of a plot point. The opening scene or scenes would have been enough.

After that opening plane scene, we jump down to the street, in present day, and see Aleksi Sytsevich (Paul Giamatti), driving a stolen truck filled with plutonium. Spider Man swings around the city, following the truck and stopping the plutonium canisters from flying out of the back. The action here is fine, but the Giamatti character is intentionally corny. He has a terrible Russian accent and laugh, and sounds more like a cartoon character than a realitic villain. I guess this movie has taken away nothing from the Christopher Nolan Dark Knight series where realistic villains and a gritty tone made the films so great. Instead, this one tends to feel at times more like the Joel Schumacher Batman films (Batman Forever and Batman and Robin.) It really tries for comedy here, having Spiderman constantly make jokes when he should be taking the threats around him more seriously. I mean, there are at least three guys firing machine guns on the streets. Enough with the jokes.

Elektro is the main villain of this movie, and his storyline is fine. It’s about a guy, named Max Dillon, who is a nerd and a loser and an absolute mess in his life. This guy has no friends and no happiness. He is made out to be a sort of cartoon character nerd, but it’s okay, because at least he’s not going for corny laughs. Apparently there was a scene where Dillon killed his mother, which was cut out of the film. That’s a real shame, because it would have added a realistic and dark element to the movie. Suddenly we would be in psychological territory. But this movie steers clear of that. It wants to be suitable for kids. Where would Nolan’s Batman movies be if they made the family friendly angle their priority?

There’s good action in this movie and that’s really the number one thing that we go to see a film like this for. The scenes of Spider Man swinging around the streets are fun, and so are the scenes of Jamie Foxx as Elektro shooting all kinds of sparks and electric out of his hands. The Times Square sequence, in particular, has Elektro really go to town, blasting everything in sight, and it’s pretty great. Even the bullet-time effect is used well here, (whereas so many other movies since the Matrix have butchered or wasted it.) In this movie, it helps with letting the camera go wherever it needs to in order to capture shots that otherwise would be impossible. That’s how we get the moment on the steps in Times Square where Spider Man shoots webs that stop two different people, on either sides of him, from grabbing the railing.  This all happens right at the exact moment that an electric current running through it.

The action is impressive, and it is held to the right amount of time. There are large chunks of the first half without any action at all, and that only makes us crave it more. It’s a strategy that works. The first half of the movie is where all of the problems come out between the characters. There’s Peter’s problem with Gwen and her dad, causing the two of them to constantly break up and get back together. There’s Harry’s problem with his dad (yes, they are doing the Green Goblin story again, as if we didn’t get enough from James Franco in all three Maguire films.) And then there’s the problem or mystery of Peter and his parents and what they were up to. There’s also everything that leads to Max Dillon becoming Elektro.

As far as villains with real story, there’s Elektro and there’s Harry Osborne. For some reason Harry gets the idea that he needs Spider Man’s blood to cure him of a disease his father had. Chris Cooper plays Harry’s father, Norman, but is really only used in one scene. What a waste. It’s the same thing with Giamatti, who is barely in the film. The Harry Osbourne stuff works, but it would have been nice if he transformed into the Green Goblin a whole lot sooner. As it is, he only changes at the end of the movie for one single scene. More time needed to be given to this character. Dane Dehaan,  is great here and elevates a part that could have easily been a disaster. If they absolutely refused to strip the story of Peter’s parents and the secret subway station, then maybe they should have had Peter and Harry find it together. That could have helped out with the problems a little, by combining two stories and therefore making fewer of them to have to tell.

The biggest reason why the movie doesn’t work is because it doesn’t know how to handle it’s villains. The Elektro storyline is fine. I can look past the cliched nerd character and the fact that his arc is similar to that of Jim Carrey’s Riddler in Baman Forever. I can look past the fact that this incarnation of Elektro basically becomes Doctor Manhattan from The Watchmen, including the separation of his body into tiny, light blue, electric particles. Believability doesn’t really matter as long as the action and story are good. But it’s the other villains who are truly butchered. both the Green Goblin and the Rhino get only one scene each. That’s it. And both scenes feel completely rushed.

We get to the end of the movie, and Spidey is having his climactic battle against Elektro, and we know from the trailers that the movie still has to fit in the Green Goblin and Rhino. Those trailers and posters were part of a massive campaign that really hurt the movie. Talk about showing too much, the Rhino should have been left for a post-credits scene and nothing more.  Instead, this movie takes the things we have been waiting for, for nearly the entire movie and  rushes them. If the Green Goblin character were left to a surprise, and not featured in the trailers, that would have been terrific. Something like what they did with Harvey Dent/Two Face in the Dark Knight, where you didn’t know if the character was going to turn into the monster in this film or not. But the trailers and poster for the Amazing Spider Man 2 gave everything away, and left nothing to the imagination. There are plenty of things to like about this movie, but the way it handles its villains is definitely not one of them.