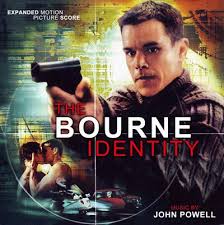 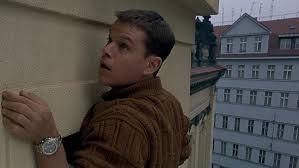 A spy movie that takes it’s subject seriously, filling it with not only great action, but also believable details and scenarios.

The Bourne Identity is a dynamite action movie where the storyline is the reason why it works even more than the action. That’s because it’s a very clever little movie which understands that simplicity and being dark and gritty are the key components for how a story like this should be told. It’s also because Matt Damon, like his buddy George Clooney, has a smart sense of what works when it comes to CIA / lawyer / spy / political thrillers. Damon has made plenty of lousy movies in the last few years, but back when Bourne Identity came out, he was much more selective with his roles, having only appeared in a handful of movies. He had Good Will Hunting in 97, Rounders in 98 , The Talented Mr. Ripley in 99, and now this was his first big budget action movie. While his buddy Ben was making Armageddon and Pearl Harbor, Damon was making this. Choosing one single action role, and you better believe he chose it carefully. An action movie told like an indie film, directed by then indie director Doug Liman (who had only Swingers and Go under his belt.)

The Bourne Identity is a movie that takes a simple premise and puts you, the audience, right into the character’s shoes. What would you if you just woke up and couldn’t remember anything? For the first portion of the film, Damon plays detective as he tries to find clues about himself and make sense of them. But then one night he’s in the park, sleeping on a bench, and some officers come and harass him. Bourne puts them all to the ground like it’s a reflex. Now he’s starting to wonder.

And soon, he’s doing the same thing again at the American Embassy when he’s attacked. It’s a quick burst of action, just like before, only long enough to wet our appetite for more. Three men attack him and he takes care of them all, just like that. There’s no hesitation. And now, Bourne is on the run. His run through the embassy is pretty cool, as he grabs a map off a wall, drops a guy who runs up the stairs at him, and ends up outside, hanging on the wall, in the snowy cold atmosphere. And all of this is done with an indie style, which means there are moments given to small details like Bourne dropping his bag and it landing in the powdery snow on the ground, many stories below him.

Jason Bourne joins up with a young woman named Marie (international actress Franka Potente from Run Lola Run, what an interested choice!) She gives him a ride to Paris and he gives her a whole lot of money. But once they get there, she doesn’t want to leave him so fast. He’s interesting and nice, and she doesn’t exactly have anything going for her right now.

Well, while they go checking out his apartment, the CIA, led by Chris Cooper who is overseen by Brian Cox, starts getting in touch with their field spies, notifying them to come and kill Bourne. They’ve been tipped off from the embassy attack, and now want him put in the ground before he can reveal their secrets or something. One attacker comes through the window in his apartment and they engage in a pretty sleak fist fight. It feels entirely real as Bourne grabs anything handy, such as a pen, to use as a weapon.

After the fist fight, which nicely is kept to just a one on one thing, Bourne and Marie are pursued in a car chase. This is one of the better car chases put onto film, following closely behind those of Ronin (also set in Paris.) Only the Bourne chase feels a little more exciting due to the perfect choice of music, Paul Oakenfold’s “Ready, Steady, Go.” It’s a youthful song that keeps the momentum pumping as Bourne takes his little car down a giant staircase and through a glass bus stop wait area.

The hunt continues, even after Bourne and Marie leave Paris. They stay with a friend in farm country and it doesn’t matter. An assassin (Clive Owen, right before he broke out and everyone learned who he was,) comes to get him. And this scene is so different from the earlier apartment scene which was also one on one, assassin vs assassin. This time it’s setup as opposed to a surprise (the dog’s missing and the phone isn’t working), it takes place out in the open country sided instead of in a one room, tight little apartment, and it involves gunfire instead of hand to hand combat.

I said at the start of this review that the story outweighed the action in this movie, and I stand behind that, but for action, it really does get everything just right. It’s got the hand to hand combat against many attackers, the one to one hand to hand combat scene, the car chase through the streets of Paris, and the one on one gunfire in the open field scene. All this, not to mention the ending, where Bourne moves into a stairwell of a building to take on his final attackers.

In every way, this movie is unconventional and creative. I love that the final action scene brings it all back inside, back to the world of small, quiet, indie society. I love the way the villain is killed and how creative it is, and what it says about the man who killed him. Not too much earlier, Chris Cooper and Brian Cox were arguing about how this situation got so out of hand and Cooper made a comment like, “go rent a conference room and maybe you can talk him to death.” It was meant to be condescending to the point of saying Cox had nothing to do with killings and ground work, but only with politics and paper work. It totally setup the way the movie ended and the fate of both of these characters.

One thing I’ll always associate with this movie is the way it really brings in the sounds of Paris and makes it feel like a European film. The police sirens are everywhere. The actors are mostly foreign. Casting the European actress Franka Potente really gave this movie some authenticity with feeling like a European film. The same can be said about Clive Owen, only to a much lesser extent. And for the American talent, Chris Cooper and Brian Cox are both some of the better actors around. Even Julia Stiles pulls her weight in this movie. It’s the best of the three Bourne movies mainly because it’s the simplest and understands that just keeping things basic is more than enough when you’ve got such a unique story to tell. This is Matt Damon’s most memorable role, even more than Good Will Hunting, simple because it’s one of the better and certainly one of the cooler action movies of our time.