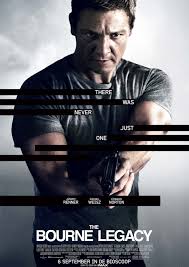 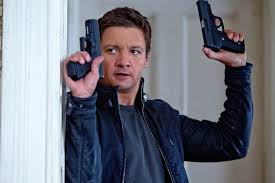 A cheap clone of the Matt Damon Bourne films, this knock off gets nearly everything wrong of what made those other movies work.

The Bourne Legacy is the fourth movie in the series and the first one to not star Matt Damon. That right there makes it not really a Bourne film. Especially since the main character here, who Jeremy Renner is playing, is not Jason Bourne. Using the word Bourne in the title doesn’t actually make sense, except for to cash in on a recognizable name. There’s nothing wrong with making a movie about another spy in the organization, as a spinoff film, but calling the movie Bourne anything, when the name refers to a specific character who is not in this film, feels a little cheap.

It’s just the start (and probably the smallest,) of the problems. The Bourne Legacy is a lousy movie. It’s lousy on both action and plot. The story is really what made these films great. The Matt Damon Bourne trilogy was three for three. None of them quite measured up to the first film of the trilogy, but even still, they were all pretty good. Still the Damon-Bourne films, great as they were, are not bullet proof. When they tried to make a fourth Damon Bournr film, simply titled Jason Bourne, they finally bit off more than they could chew and pushed the series too far. Perhaps the start of the downward trend was this film, the Bourne Legacy, which starred Jeremy Renner.

Looking back at what the original Bourne films had in common, aside  from Matt Damon, there was also screenwriter Tony Gilroy. He used the Bourne movies to springboard himself into a career as a director, and so far he’s only gone one for three. His first movie, Michael Clayton, was terrific, but since then he has been unable to match it’s success. His next movie was Duplicity, and it was lousy. And now he is not only the writer, but also the director of The Bourne Legacy, and he sure does drop the ball.

So why is The Bourne Legacy so bad? Well, to understand that,  one needs to understand what was so great about the Bourne movies to begin with. the three previous bourne movies were great because they followed a basic formula and had interesting stories that worked around it. the formula wasn’t anything binding that held the story lines back in any way, but it just made sure that we got the right action beats at the right moments to keep us enthralled.

these basic plot elements included a hero who didn’t know who he was and was searching for clues and answers. it also included a bunch of different locations around the world, a terrific car chase somewhere in the middle of the film, a fellow assassin who was coming after bourne, and a team of returning cast members who worked for the cia and wanted to put bourne down. chris cooper was the lead bad guy in the first movie, but he worked hand in hand with brian cox. then cox returned for the second movie and joan allen came in. in the third movie, cox was gone, but joan allen was back and she brought in david straithairn. then there were other players off in the background, like scott glenn and albert finney, but the real cast members were the ones up front. and they also included julia stiles, who appeared in all three films in a pretty big role.

stiles isn’t back for the fourth movie, and neither really is anybody else. albert finney, david straithairn, and joan allen all have about one scene in the movie and about one line in that one scene. scott glenn has one scene in the very beginning and he seems to be in more of the movie then the rest of them. what’s ridiculous is that they are all shown in the trailer to make us think that they’re in the movie. the trailer wants us to think that this is the continuation of the bourne story. it mentions jason bourne about five times. turns out his story has very little to do with this movie at all. they don’t even have a single returning bad guy in a major role.

instead, they bring in edward norton and his american history x costar, stacey keach. norton is a fine actor, but he’s also made a lot of crap over the course of his career, and this new bourne movie should go right on the top of that list. keach, on the other hand, is a nobody actor who is in this movie to try and fool us. he has the same body type and build as albert finney (and brian cox too, for that matter), and the hope of the filmmakers is that we will forget about finney and accept keach as a substitute, or that maybe we will actually think they are the same guy. thanks for assuming we are all stupid.

the truth is, it is this movie that is extremely stupid. the action doesn’t even get started until about an hour into the movie. that doesn’t sound like any bourne movie that i remember. for the first portion of the film, jeremy renner’s character, aaron cross is surviving out in alaska, trying to make it over a mountain. when he does, he arrives at a cabin to meet another assassin who is waiting for him there, and talks to cross about his training. we keep waiting for these two guys to go at it with each other and start fighting, only they don’t. instead, the cia has sent a drone out to kill them, and when aaron steps out of the cabin, the drone blows the cabin up.

it turns out the cia, secret trasdstone-blackbriar-whatever the hell they’re call it-branch has decided to kill all of their assassins. this is because of jason bourne. it’s the only connection that jason bourne has to the entire movie. they start passing out pills to their assassins, and the assassins take them willingly, never questioning what this is all about. and then these evil secret agents decide to kill the scientists who have been monitoring the assassins as well.

the whole point of this is to put cross (an assassin) together with dr. shearing (rachel weisz), so that they can be a couple on the run. it’s to bring in a woman and a romantic angle, the way that the first movie was jason and marie. but the movie becomes more about the pills than about the action. we only start to see cross kick butt in the second half of the film, and we only get an assassin coming after him at the very end. by that point it just feels like it’s tacked on there to feel the same as every other bourne movie. there’s also a car chase at the very end, but again, it just feels thrown in there at the last second. we needed more action throughout the movie, and also a more interesting plot. with this one, there really was no mystery, and we knew exactly what was going on from the moment they started killing off assassins. this movie was an absolute mess, and couldn’t even stick to the simple formula that made the other bourne movies so much fun.