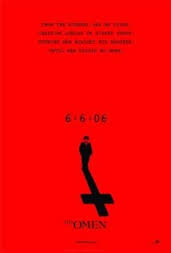 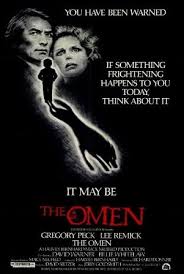 An incredibly fascinating and scary movie, this one really delivers in all ways imaginable.

This is a movie that is both scary and thrilling in all the right ways. It’s the story of a family who is raising the child of the devil, without even knowing it. That premise sounds kind of simple, and maybe even a little too much like Rosemary’s Baby, but what makes it work is the way the movie slowly and carefully goes about it, by providing details as much as it does scares. The opening scene, for example, involving a baby swap, is all the more scary because of the characters who are being sneaky about it and trying to keep what they have done a secret. The movie has loads of horrific moments and deaths, and as more and more clues come to the surface, it all pushes the father, Robert (Gregory Peck) to go to Rome seeking answers about the real birth of his son. This quest in the second half gives the movie a sort of new energy and determination, and keeps the film feeling fresh.

The Omen is a fantastic horror movie. It’s one of those films that goes for mystery and clues, more than it goes for disgusting imagery. There’s a real story here, and the characters get deeply involved in it. That story is all about a conspiracy, which starts at the very beginning with a sort of baby swap. Of course we don’t we really know that there is foul play going on behind the scenes at the time, but later on, when our protagonist sets out on a trip to different countries looking for answers, it all comes to light.

This is the story of a boy who is said to be the child of the devil. In that regard, it reminds me of Rosemary’s Baby, another film made within a decade of this one (mid-sixties to mid-seventies) where the parents don’t seem to know exactly what they have for a child. Both movies separate the parents with exactly how much they know. In Rosemary’s Baby, the mother was the innocent one while the father became corrupted. Here, in the Omen, it is the father, Robert Thorn (Gregory Peck) who knows something about their child that his wife, Katherine (Lee Remick) does not know. Robert knows that on the night when his wife gave birth, in a hospital in Rome, their baby died. At the same time, another baby was born, and his mother died while in labor. The Priest at the hospital suggests that the Thorn’s take this other baby as their own, and Robert never tells his wife the truth about this.

Just that opening alone is very creepy. The idea that this man would keep such a big secret from his wife about their child. Of course, neither one of them actually knows the whole truth about who their baby really is. They name him Damian, and not long after he is born, is Robert appointed the U.S. Ambassador to England. They move to England, where they settle in to luxurious life on a mansion. That’s where Damien has a birthday party with his Nanny taking care of him. When Katherine takes Damien from the Nanny, she has a moment of staring into the eyes of black dog who appears. It’s as if the dog is telling her to do something. The next thing you know, she’s standing on the roof of the mansion with a noose around her neck, calling out to Damien. The Nanny then hangs herself, her body lifelessly smashing through a glass window.

At this point, it’s still early in the film, but the movie has definitely got our attention. Clearly this is a piece of art that knows how to deliver on the scares. A new Nanny shows up, unannounced, and presents credentials. There’s something creepy about her, but the Thorns still welcome her in. In her first moments alone with Damien, where she pledges to watch over him and keep him safe from all of the horrors of the world, we know something is not right. When Katherine and Robert try to take Damien to Church, it is this new Nanny who insists it is a bad idea. The Thorns try to take their son anyway, and as they get closer and closer to the Church, Damien starts to lose control of himself. He and his parents are in the back seat of a car when Damian starts violently attacking his mom. The car drives away, with none of them getting out and going into the Church. In this way, Damien has prevented his parents from going inside of a Church.

The new nanny, named Mrs. Baylock, takes in a black dog, who is most likely the same dog that spoke to the old nanny before she hung herself. Robert orders her to get rid of the dog, only she doesn’t. This is the one animal who seems to be okay around Damian, as evidenced by the next scene where he and his mother go to the zoo. While there, they take a safari car tour through areas of certain animals. When they come to the giraffes, all of the animals run away. When the car comes to the baboons, every one of the baboon attacks. They jump on the car, tearing it apart, causing Katherine to have to drive off, surviving this violent attack.

There’s something strange going on here, between the Church freak out and now these animal attacks. Robert doesn’t know what it is, but he is thrown into even more disbelief when a Priest shows up at his office, insisting that his son is the devil. Robert quickly ushers the Priest out, but the man keeps trying to find Robert and one day he succeeds in getting Robert’s interest and attention. He tells Robert that Katherine is in danger. That is enough for Robert to agree to meet him somewhere secluded, to talk. When they do meet, the Priest tells Robert that Katherine is pregnant and that Damien will not let her have the baby. Robert thinks this whole thing is ridiculous and leaves. No sooner does he turn his back on the Priest than does a violent storm start following and then chasing after the Priest, pushing him towards the outside walls of a Church, where the rod at the top is struck by lighting and sent flying off the side of the building. It ends up stabbing the Priest through the chest, instantly killing him.

When Robert gets home, he finds out that the Priest was right. Katherine is indeed pregnant and she tells her husband that she wants to have an abortion. Only Robert doesn’t agree to that, which means if Damien really is going to prevent her from having the baby, than he has some work to do. This comes in the way of a bicycle scene, which is one of the more famous scenes in the movie. Damien is riding a little bicycle around his bedroom while his mom is outside in the hallway, overlooking the first floor. She is standing on a ladder trying to fix something when the Nanny opens the bedroom door and lets Damien out on his bike. He rides a bike straight for the ladder, slamming into it and sending his mom off of the ladder, and over the edge of the second floor landing. She is hospitalized and put into critical condition.

Aside from the Priest, who was killed by the rod, another character who tries to help Robert make sense of everything is a photographer, Jennings, ([played by David Warner.) This photographer was there at Damien’s birthday party when the first Nanny hung herself, and he’s been taking photos around Robert Thorn ever since. That includes snapping shots of the Priest who came to visit, before the rod killed him. Jennings shows Robert that in all of his photos of the Nanny and also in those of the Priest, there is a mysterious shadow of a line or rod going into their backs. Considering these photos proceeded their deaths, and that one was hung from a line while the other had a line go through him, Jennings is convinced that there is something strange at hand here. He and Robert decide to go to Rome to track down the true story behind Damien’s biological mother.

By now, Robert is sure that something isn’t right. After all, the Priest knew that his wife was pregnant before he did, and that same Priest said that Damien wouldn’t let Katherine have the child. His bike stunt ensured that when it resulted in Katherine having a miscarriage. Now, in Rome, Robert and Jennings track down the Priest who gave him the child all those years ago. This leads them to cemetery where Damien’s biological mother is supposedly buried. When they get to the grave and open it,  Robert suddenly sees all the pieces for the first time. He figures out by seeing the bashed in skull of his own baby, that the satanists killed his son and replaced him with Damien so that Damien would grow up in a political family.

There are more scares ahead, including what happens to Jennings. It’s all incredibly thrilling. The movie really delivers on the conspiracy angle and on the creepiness of this story. It helps that the background music, including the sounds of Monks chanting, is fantastic. So is the filming here, by Richard Donner, which includes closeups of eyes at some of the scariest moments. Gregory Peck adds a lot of credibility to a movie like this, being the mega-movie star that he was, and hearing him deliver these lines about the child of the devil makes it all seem a little more believable. The Omen is a scary movie where the story and thrills really deliver.