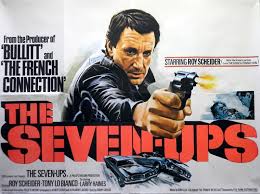 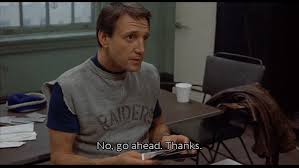 A cops and robbers seventies movie that plays out just like all the others, with a good car chase scene, but not much else to offer.

The Seven Ups is an attempt to cash in on the success of the French connection, plain and simple. It’s a seventies police drama with all the grittiness of the movies that came before it, from Hackman’s films to the movies Al Pacino was making (Dog Day Afternoon, Serpico), to even other Roy Schneider films (not only French Connection, but also 52 Pickup). Unfortunately, it is by far the worst of any of those films and that’s because it doesn’t really have any of it’s own ideas.

I’ve also heard this movie compared to bullet, another gritty police thriller, but as far as I’m concerned, this movie just wants to be Bullitt meets The French Connection, without any attention to having a creative plot. Both of those other movies have great car chase scenes and this movie has one too, but it’s also the only thing this movie really has going for it.

The plot is about a detective who is part of a secret organization of cops known as the seven ups. There’s a lot of talk about these guys and what they do, but there isn’t really all that much showing us. For one thing, we never learn any of the other team members besides Roy Schneider. That makes it hard to take an interest in. and as far as what these cops do that make them so above the law, we just get a couple of scenes of them breaking into people’s hospital rooms or homes and putting guns in their faces until the people give them a name. Not all that clever.

I suppose the real plot of the movie starts when a gangster funeral is held and all the bosses come out. The cops watch the outside of the funeral home from a building next door, and the gangsters learn that one of the drivers is an undercover cop wearing a wire. They bring him inside and beat him up a little bit and throw him in the trunk of a car. Then they drive him off to a garage.

Roy Schneider and his partner show up at the garage and the bad guys hop in a car and hightail it out of there. This starts off the car chase. It’s fun and exciting, but not really all that different from every other great car chase. The French Connection, Bullitt, Ronin, The Bourne Identity. all of these movies have great car chase scenes and the one in The Seven Ups is no better than any of the others.

After the car chase scene, the movie really just becomes about breaking into places and forcefully interrogating people to give up names. They break into a hospital room and mess with a guy’s oxygen. Then they break into a house and put guns in the couple’s faces while they are sleeping in bed. None of it is all that interesting.

There’s not really a lot to say about this movie. It’s very basic and exactly the same as every movie that came before it. And it wasn’t really meant to be anything different, which is a shame. It only has one recognizable actor and all he’s doing here is rehashing some of his better roles. In the French connection, he had gene hackman there to run the show and steal the scenes. And in 52 Pickup he had a creative and elaborate story to work with, which was basically everything this movie should have been.

But the seven ups don’t have any of this. It has a nice logline premise about cops who do what they want, but then that plot isn’t really exploited at all. At the very most, all these cops do is break into people’s homes and put guns in their faces. Whatever happened to holding people out of windows and even throwing people off rooftops if they have to? Kind of like the interrogation run by Russell Crowe and Guy Pearce in L.A. Confidential, when they go to see the d.a. In his office.

There is a distinct possibility that I didn’t get everything there was to understand about the plot of this movie. I read somewhere, for example, that the criminal factor of this movie was about petty criminals who kidnapped mobsters in their trunks and held them for ransom. And that very well could be. I assumed the guy in the trunk was the driver who the mob found out was an undercover cop, but maybe he wasn’t. The truth is, it doesn’t really matter.

I understood the cops vs. criminal’s elements and I understood that this movie was lacking in both action and interesting plot twists. I understood that there were very few characters worth remembering and almost no interesting dialogue at all. And I understood that this movie had an agenda to be just like every other popular movie with a similar plot and that this kind of plan is no way to go about making a movie. There was no new angle. No creative edge. And without those things, the movie was much worse than anything it was hoping to copy. It’s not a terrible film, because I do appreciate the gritty seventies police-criminal atmosphere, but it has almost nothing to offer in the ways of plot and that hurts the movie tremendously.