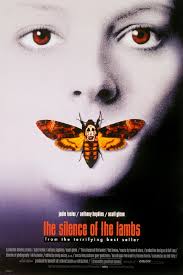 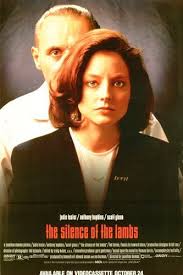 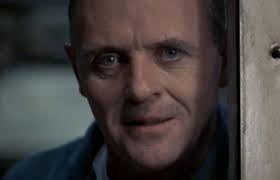 A pretty intense serial killer manhunt movie that is especially creepy because of the nature of the two villains it puts in front of us.

The Silence of the Lambs is probably the greatest serial killer movie of all time. That’s because it is smart enough to not just make this a one on one show between the main character agent and the serial killer, or even the two partner cops and the killer (like Seven, another great movie in the genre, does.) Instead, this film has multiple plots and multiple villains. Hannibal Lectar might be the most well-known character from the movie, but he is not even the main villain of the film. Instead, this movie is about the fbi trying to catch a serial killer named buffalo bill and getting lectar to help them with this pursuit. the fact that as it goes on, it turns into two stories, one about bill and the other about lectar, is all the more to the movie’s credit and creativity. Everything about this movie is dark and creepy and handled with great detail. Some of the images might be over the top, but that’s exactly why they stay with you and why the movie is so memorable. it’s a very smart and thrilling movie.

The Silence of the Lambs is a pretty awesome movie! It’s over the top and unrealistic from time to time to be sure, but we suspend our disbelief when necessary in order to allow this wild story to run free and present us with some unforgettable moments and imagery. Hannibal Lecter, for example, might need to have a face mask on, but does he really need to be strapped to a gurney in a standing up position that can be wheeled around, when handcuffs would probably do just fine. It’s all for the effect, and we’re okay with that. There’s a reason why this movie is a classic, and shots like this, of Hannibal all bound and tied up and standing in this situation is an image that stays with you, whether realistic or not.

The movie is about a serial killer named buffalo bill who is on the loose. As played by Ted Levine, Bill is creepy as hell and a sort of genetic freak show, uncertain of his own identity. He’s a transvestite who wants to be a woman, or thinks he does, and has been rejected from getting surgery. All this just adds to the spookiness of the whole thing. Bill not only kills his victims, he also skins them. He’s a high profile case that the FBI is pursuing heavily when agent Clarice sterling (Jodie Foster), still a trainee at the academy is sent in.

her boss, Jack Crawford (Scott Glenn), sets her out on a mission that seems to have nothing to do with buffalo bill. Instead, she is sent to talk to Hannibal Lecter (Anthony Hopkins in his Oscar winning role), another killer, who is now a prisoner at a federal penitentiary. Crawford is conducting interviews with serial killers to try to understand their personalities and put together a profile. Hannibal has been unresponsive. Crawford thinks that maybe Clarice could get Hannibal to at least fill out a written questionnaire.

It’s the scenes between Clarice and Hannibal that really make this movie. Especially in the first half, as she goes back to visit him a number of times and offers him all sorts of deals. Neither she nor Crawford is really interested in the serial killer interview. Instead, they want Hannibal to help find buffalo bill. That was Crawford’s original motivation when he sent Clarice in, only he couldn’t tell her it, for fear that Hannibal would be able to read it on her. he is just that smart. And apparently Crawford is even smarter, because he gets Hannibal to do exactly what he was hoping, by tricking and outsmarting the killer into it.

Among other things, what makes this movie unique is that Hannibal is not just a killer. He’s a cannibal. Hannibal the Cannibal. It not only has a catchy and memorable ring to it, but it’s also a very original idea. how many movies are about cannibals? This is the kind of story that people talk about long before they’ve seen the movie. “Have you seen that movie about Hannibal the Cannibal?” now if the movie was really all about him, it would be pretty disgusting and lose it’s appeal. That’s what happened with the sequel movie, hannibal, in which you actually got to see the anthony hopkins character cut someone open and eat brains. but here, in the silence of the lambs, it is what you don’t see that is more scary than what you do.

so clarice now pursues the buffalo bill case, and she gets help from hannibal who seems to know a lot about what kind of man bill might be. when clarice is not out pursuine bill, she’s following clues that hannibal has told her about, which lead to other dead bodies. one example, early on, leads her to an abandoned garage and a car parked inside, where a corpse has remained for quite a while. crawford never really meets hannibal, but everything he hears about the killer comes through clarice. and he and clarice try to understand what bill might be up to, with her and hannibal pretty much doing the same thing. why does he skin his victims? What is he after?

about halfway into the movie, the film goes in a new and unexpected direction involving the hannibal character. suddenly a deal is struck and it’s not with the characters you might have expected. now hannibal has got a story all of his own, including a new prison and details he is giving the police. this all comes because bill has kidnapped a senators daughter and the senator has the power to make hannibal a deal if he gives up useful information that helps get the daughter back.

the movie is very smart in the way that it gives us two villains and therefore two different storylines. other movies that offer two villains, such as many superhero films, going all the way back to tim burton’s batman returns, make the mistake of attaching the villains together in the same plot. it’s one thing for them to have a connection, like hannibal and bill have here, but it’s another for them to share the same story. the silence of the lambs goes the opposite route. instead of starting than separate and then bringing them together into one single story, the way most movies would, it begins with the connection and then separates them to give hannibal and buffalo bill their own stories.

by doing this, the second half of the movie not only has clarice and crawford continuing to pursue bill, but also has hannibal as the star of his own story, in a new prison, and the wild things he gets himself into. this approach definitely spices the story up and builds the intensity. if we were starting to tire of the buffalo bill story in any way, this new angle gives us some fresh and unexpected energy.

the silence of the lambs works on lots of levels. it is probably the greatest serial killer movie of all time (it won the best picture accademy award), although seven (the movie that made david fincher’s career), is a close follow up. people who only know of this movie, without ever have seen it themselves, assume the hannibal lectar is the villain. that’s how well known the character is. the truth is, if he was the villain, we would get tired of him pretty fast. by using him as a sort of background player, whose own storyline emerges in the distance, he gets that supporting character role that we always want to see more or. he’s like heath ledger in the dark knight. When he’s not on screen, we wish he was. the movie is dark and well filmed, and filled with creative twists and surprises. it’s a pretty excellent film that really knows what it’s doing.