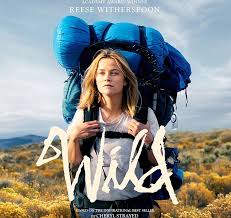 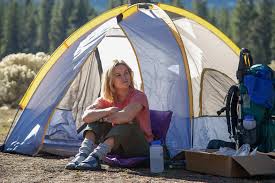 A very interesting movie about a broken girl who goesn on an adventure to prove her worth.

This movie is far better than expected and definitely superior to the other, similar sounding films that it might get confused with (Into the Wild, 127 Hours, to name just a few.) What makes Wild so special is that it has a hell of a lot of story to tell. There’s the story of this woman, Cheryl, hiking the Pacific Coast Trail, of course, but then there’s also a ton of backstory about how she ended up here and why. Cheryl has lived through a lot in the last few years before she starts on this hike, and we get flashbacks which run throughout the movie, telling us her story. It has some major components to it that are not what you would expect. And then there’s the hike itself, which has Cheryl constantly getting into dangerous situations and meeting unique people. Nearly everyone of her interactions is memorable and that really says a lot. This is a very well-made and fascinating film.

Wild is surprisingly a pretty good film. The surprise comes because it just seems like there are so many other movies like this about an adventurer who goes hiking by his or herself. In all of these movies (from 127 Hours to Into The Wild), we end up spending most of the film with just that character and barely anyone else. Call it the cast away effect. It’s one thing if there’s a mysterious story to it, with twists, like the Sam Rockwell film, Moon, but if it’s just the character walking around trying to survive, the odds are stacked against you for having a compelling film. And yet, Wild mostly is.

That is in no small part due to Reese Witherspoon. She might have won an oscar for Walk The Line, but this is the movie where she really shows her acting chops. Apparently she wanted to star in Gone Girl (The Rosamund Pike part), only Fincher thought she was too innocent and charming. And so she made this movie instead, which was meant to show the world her grittier and darker side. It worked. Now this is no Night Crawler, and Witherspoon’s character, Cheryl, is definitely not evil, but she is certainly tough and intense in ways he have not seen this actress portray before.

The movie opens with Cheryl on a mountainside, looking out over the land below her. There’s not a person or living thing in sight, and she is in bad shape. Cheryl has a broken toenail that is coming off, (probably the grossest image in the film,) and then all of as sudden, her boot falls off side of cliff. She can’t believe it. For a few moments Cheryl stands there in shock and also disbelieve that this just happened. Then she throws the other boot off the cliff and screams. This is the start of the film.

The movie does something very smart that a number of these other survival or main character on their own movies don’t do. It shows us flashbacks. Lots of them. And it structures these flashbacks in a way that is not chronological, and instead helps us develop a clear picture of who the character really is. She throughout the movie we see some flashbacks to when Cheryl was a kid (like when she, her mom, and her brother flee the house to escape her abusive father), and others to when she was an adult, living with just her mom and brother. Chery’s mom, Bobby, is played by Laura Dern, and she is fantastic here. She is definitely one of the more developed characters in this movie.

Following these early flashbacks, we start out with Cheryl on her journey, which really begins with checking into a motel room. Every interaction is memorable in this film, including the woman behind the front desk of the motel who seems to insist that Cheryl might be having a companion come and join her later on in the night. From there, we get Cheryl in the room trying to life this giant backpack, which is about twice the size of her. She can’t lift it and has to get down on all fours, just to spin around a few times, and use a table to pull herself up. It’s an absolutely hilarious scene.

Each day is numbered for us with screen titles, and on day one, Cheryl gets tired pretty quickly, walking uphill through hot, desert terrain. She settles down to cook some of the food she brought, only to find out that she has the wrong kind of gas and that she can’t make any of it. At that point she turns to cold food, like oatmeal, mixed with water. It doesn’t work. Cheryl is still quite hungry when she comes across a man driving a tractor and asks if he can take her somewhere for food. He offers to take her to his house, and that’s when Cheryl gets scared that this man might want something from her. This ends up being our second very memorable interaction.

We now start to see more flashbacks that really start when in the present day Cheryl calls a man and seems to be unhappy that he has a woman over his house. A flashback reveals that this man was her husband and that they have a close bond (to the point where on the day of their divorce they decided to get matching tatoos so that they would always be bonded with something.) And then we learn what happened. Cheryl cheated on him. Lots of times. I really like the way this information comes out, but we don’t get the specifics of why or what led up to it, until much later on. It’s making us curious so that we want to know more.

Cheryl continues along her trail, making different stops and meeting different people. Every once in a while there’s a package station where hikers can go in and pick up boxes that have been shipped there for them. Cheryl gets quite a few of these along her way. She meets a group of hikers who are doing a similar trip to hers, walking the PCT (Pacific Coast Trail), all the way from Mexico, through California, through Oregon, and up to Canada. At one point Cheryl meets an older man who no longer hikes, but now just helps out the hikers when they come by. He helps Cheryl lighten her bag by getting rid of things for her that she doesn’t need. This includes deodorant.

Cheryl gets a lot of help from different characters along her way, but she also proves to be very resourceful herself. One example comes when Cheryl reaches a point of being desperate for water and finds a big puddle. She then cleans the water herself by putting it through a water bottle filter and then dropping an iodine pull into it and waiting a certain amount of time. She even teaches some fellow hikers about this, before she realizes that they might be planning to rape her. And while we watch all of these interesting scenes of Cheryl on the movie and the people she meets, the flashbacks also keep on coming. We learn about her mom getting sick and what happens to her. It’s pretty dramatic and heavy stuff.

And all of this is mixed in with bursts of comedy. The screenplay was adopted from a book and written by Nick Hornby, the popular author of such works as High Fidelity. He is a comedic writer, and there are lots of moments in this movie that show this, from Cheryl trying to lift the backpack to a man who pulls over on the side of the road to talk to her, thinking she’s a hobo. Despite her telling him that she isn’t, he still keeps referring to her in this way, and even gives her a hobo care package. There is definitely a lot of drama here as well, mostly through flashbacks, as Cheryl falls into drug addiction and throws her marriage away. The movie turns out to be a pretty powerful experience with quite a lot going on.