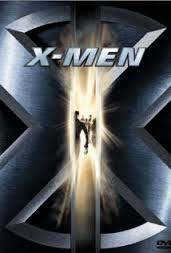 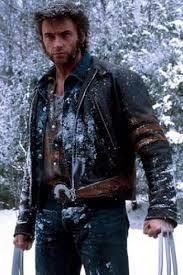 One of the first superhero movies, one of the smartest, and still on of the best, because of the clever ways it finds to fit all the pieces and characters together.

A fantastic movie, this one works simply because of how smart it is. There isn’t a whole ton of action, and that’s what most people expect from a superhero movie, but this is something different. The action is there, to be certain, but instead of being only about that, this movie is about ideas. It’s about class persecution and two sides of an argument. Professor X, the leader of the X-Men, and his rival Magneto, are like Martin Luther King and Malcolm X. They both want to be accepted by humans, but have different ways of going about it. And in between their ongoing debate, we get tons of other characters joining the two teams and showing off all kinds of cool abilties. The story here is great, and so are the actors involved. Hugh Jackman has got the role of his career here. In fact, it’s the role that made his career, putting him on the map. The movie has a lot going on and finds clever ways to introduce the many different characters. It’s a fun film, mostly because of how smart it is. There’s also plenty of humor and action mixed in.

Bryan Singer set out to make the first real Marvel comic Bryan Singer set out to make the first real Marvel comics movie when he made – Men. Yes, there had been the Blade movies, but those were no different than something like Spawn, which is to say a movie that happened to be influenced by a comic book. X-Men was something different. It was the first attempt to really go after the comic books and translate their worlds for the screen, treating them like more than just everyday action movies. Singer launched it all with this film. It was two years before the first Spider Man movie and long before Chris Nolan started working on his relaunching of Batman. There had been the Tim Burton / Joel Shumacher Batman films, but those were the movies of a different generation. The 80s – 90s generation, the time when Val Kilmer was still a major star.

X Men was made in 2000 and it was the single movie that would kick off a new millenium and a decade to come of superhero films. It was also one of the hardest films to make because unlike most comic book movies, this was about much more than a single hero getting his powers. This, like the Fantastic Four, was about a whole team of heroes with special abilties. And even more than that movie, ithis one couldn’t rely on a single accident or event to give all of them new skills. Instead, each character had a different story and all of those stories needed to be melded together into one movie. Quite the challenge.

It was a difficult task, and Singer handled it seamlessly. He opened his movie in Nazi occupied Poland, giving it immediate realistic relevance. You don’t show Jews in a concentration camp unless you want your movie to be taken seriously. The scene showed a young Magneto using his powers to bend metal, but more importantly, it explained the reasons for his anger and hate, and gave a historical example of class persecution. After this, we moved to a hearing that debated the issue of mutant registration. This helped kick off the idea that the X-Men were mutants with special powers. We’re used to thinking of mutants as people who are deformed, but in the X-Men world it substitutes for magic or super human abilities. There’s certainly nothing wrong with Halle Berry or Famke Jansen.

The movie had two angles. First, it dealt with this ongoing debate between humans who feared mutants and mutants who were trying to convince these humans that there was nothing to be afraid of. The problem was, there was also a group of bad mutants, called The Brotherhood. These guys were led by Magneto and took issue with the humans wanting to register them. It was basically a catch 22. The humans feared the evil mutants because they were bad, and the evil mutants were bad because they didn’t like the way they were being treated by the humans.

Already this movie was taking itself much more seriously than any comic book movie had ever done before, because instead of throwing only mindless action at the audience, it was raising questions and debates. Magneto at one point did take the Senator, who was most strongly against mutants, and turned him into a mutant himself. He was in fact proving the Senator’s point, that mutants were something to be afraid of.

But the mutant debate situation was one of two different plot lines taking place in the film. The other involved Wolverine, the role that introduced Hugh Jackman to the world, as a character new to the X-Men school. Wolverine was attacked by members of the Brotherhood while riding with Anna Paquin’s Rogue. The X-Men saved them and brought them to the school.

Once there, the movie took on a fish out of water story with Wolverine representing the audience as the newcomer who got the introductions and explanations about everything. When Professor X, the leader of the school, shows Wolverine around and introduces the other mutants and tells of what the school is and how it came to be, he is not only explaining it to Wolverine, he’s explaining it to us. A movie that needs to give the audience a lot of information needs a character to represent the audience, new to the world, and Singer uses Wolverine to make it happen.

We alternate between life at the school, with Wolverine getting to know everyone, and life with Magneto’s evil Brotherhood, where he is working on a master plan. That plan will serve as the climax of the film with Wolverine joining the X Men and fighting alongside them. This movie has a lot of explaining and introducing to do, yet it still finds time to have a little fun with the audience, throwing in a surprise twist about Magneto’s real plan compared to what we thought it was and who it involved.

Bryan Singer has made an excellent film here. The action isn’t just fun, it’s also smart. He doesn’t just make things fly through the air, but sets them up and gives reasons for why they can or can’t fly through the air. Before Storm can use lightning to strike an enemy, for example, the enemy’s hair starts to rise in the air, through static electricity, indicating that there is lightning generating in the air. She also needs to get the roof of a building taken off, in order to get the lightning in, and it’s a good thing her buddy Cyclops is around to help her with that.

Singer pulls off a nearly impossible feat with X-Men. He introduces us to a whole world of mutants, to the different characters in this world and their powers, and to ongoing debates and new and devious plans. The action is superb, but so is the story. And Singer employs some serious tricks to manipulate the audience’s attention. They work beautifully, almost invisible to the eye. Before you know it, he has given us all the explanations we need, established the important elements, and moved his film toward a very specific goal. There’s a reason why this movie launched a whole decade of superhero movies. This was the one that showed the impossible could be done if the right person was put in charge.