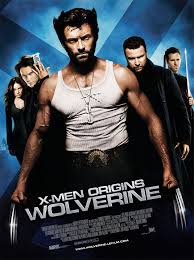 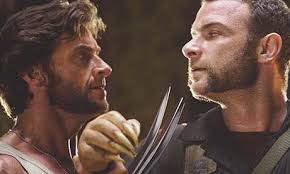 Some pretty lousy dialogue combines with some awful computer effects in this movie that’s only somewhat redeemed by its fun mutant characters and occasionally interesting plot.

If you thought X-Men: the Last Stand was lousy, just wait. X-Men Origins: Wolverine is far and away the worst X-Men movie, and probably the worst there will ever be. It’s hopefully the last time a completely unproven director will be handed the reigns to a big superhero tent pole film. What a mistake. X-Men: The last stand might have Its problems, but they amount to very little when compared to this film. Brett Ratner, the director of last stand, was a somewhat proven director. He’s not great, but at least he wasn’t about to let that movie be awful. I wish I could say the same for Gavin Hood, the guy who directed this wolverine piece of crud.

Where to even begin… the movie starts with wolverine as a kid. We see him discover his bone claws and that his dad isn’t who he said he was. Okay, all of this is decent. He’s being called Jimmy by everyone, which is a little strange since we know his real name to be Logan. And later on, when people suddenly start calling him Logan, is any of it explained at all? of course not. suppose he changed his name when he left the unit of mutants killing mutants, and it was never explained…wouldn’t his brother at least say something when they met up again, like “hey jimmy, why is everyone calling you logan,” or, “I don’t know if I should call you jimmy or logan.” nope. no mention of the name change anywhere to be found.

that’s the least of the problems here. the opening credits sequence rolls over a bunch of battles throughout history with wolverine and his brother, victor creed (liev schreiber), fighting in every historical war, going all the way back to the civil war. that means the civil war, world war I, world war II, and vietnam. Each war has it’s own distinct look to it, and that’s pretty cool. in fact, the war montage is one of the coolest moments in this movie. too bad it’s at the very beginning.

the boys are thrown in front of a firing squad where none of the bullets do anything. ok. at that point you come up with something else, right? you chop off their heads or something. not here. instead, they get a visit from a general named william striker (played here by danny huston), who wants to recruit them. he gives a job working for him alongside a team of other mutants that includes ryan reynolds, will i am from the black eyed peas, and some others. and these guys go on striker’s missions.

we get a few action scenes and then wolverine leaves the group to setup a life somewhere else. he doesn’t like what the whole thing stands for and how they are killing people and stealing from them. so wolverine goes and starts a life of being a lumberjack and living in a small cabin with a school teacher. she tells him a weird story about a moon spirit that makes you wonder if she’s native american or something. she isn’t of course. that would make too much sense. instead, the story is just designed to give him the name wolverine. how creative.

through some deception, wolverine is brought back in front of striker and actually trusts him. that’s how the experiment happens where striker pumps adamantium mental into wolverine’s blood. that’s how his bone claws become metal claws. i don’t know why in the world wolverine is trusting striker when we all can see past his transparent evil persona, but still he does. and then the movie gets really dumb. striker mentions erasing wolverine’s memory, wolverine pops out of the water tank roaring, and striker orders his men to open fire. he’s assuming that wolverine heard them? is that really what he should be assuming.

this was something that bothered me the first time i saw the movie, and it still bothers me today. in a matter of moments wolverine goes from being a million dollar project that striker has invested himself into to someone that striker wants shot and killed, and it’s all because of the roaring? couldn’t the roaring just be wolverine waking up? it gets worse.

wolverine goes to stay with an old couple and striker sends his people after him. wolverine kills all of them (somehow touching his claws to the ground and causing a fire), and now he wants to go after striker. it’s at this point that the movie has officially run out of ideas. wolverine wants to find striker and kill him. if the movie just has wolverine find some kind of map or trace some signal in the helicopter, he can go find striker right away. but the movie needs to fill about thirty minutes first just to increase the running time. and so we get the worst story thread in the film.

that story thread has wolverine go to a gym, get into a boxing match with another mutant, all to be told he has to go to new orleans, where he meets another mutant and gets into another fight. is any of this necessary? has there ever been a more obvious example of wasting time because they’re not ready to get to the ending? the boxing match is entirely pointless. especially since in the end, wolverine just rips out his claws and holds them on the guy. why couldn’t he have done that from the beginning?

in the final quarter of the movie, things finally start to get decent. i like what they did with the ryan reynolds character, and also some of the connections they made here to the future x-men universe. we get a reason, for example, for wolverine’s memory loss. we get a mention of striker’s son, who we saw in x-men 2. we even get a nice cameo from a returning cast member. the final fight is kind of fun too. but buy did we have to sit through a lot of stupidity to get here. and there are just so many problems with this movie. wolverine’s claws are completely cgi and they aren’t even meant to look real. they don’t look like metal, they look like a shiny drawing. and wolverine’s brother, victor…. he isn’t referred to as sabertooth once in this entire movie. on top of all this, the dialogue is terrible. we get some of the worst one liners imaginable. we get action scenes that are basically all the same. there are three different scenes where sabertooth (that’s right, i’m calling him that, even if the movie doesn’t), and wolverine run at each other. three times we have to see that. this movie is such a mess. i still can’t believe how badly they dropped the ball.