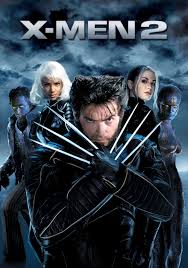 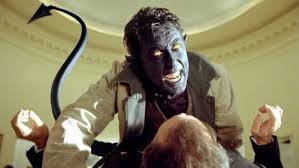 A dark, action-packed smart follow-up to the first film filled with new mysteries and a nice continuation of the story.

The definitive X-Men experience, this one leaves you wanting more in every way. More Lady Death Strike, more Wolverine in beserker mode, more Mystique kicking butt, more of the Jean Grey – Cyclops – Wolverine lone triangle. The movie opens with the greatest scene in the entire X-Men franchise, as Night Crawler uses teleportation to attack the White House. And it keeps going from there, featuring a very dark villain played by the great Brian Cox.

Bryan Singer returned as director of the franchise he began with this sequel. His first movie had done so well, that superhero movies were now being looked at as a new area of revenue to take seriously. Spiderman had been launched, following Singer’s X-Men, and was also successful. Many more superhero films were in the works. But Singer kept his eye on this project, and why not? With so many mutant characters and so many possible story lines, the X-Men series had more potential than any single hero film ever could.

X-Men 2 is darker and more gritty than the first film. Whereas the first movie had bright colors at times, this follow up stays more in the shadows of blues, blacks, whites, and grays. This seems to be a staple of the best sequel films in a trilogy. The Empire Strikes Back, Aliens, and The Lord of the Rings: The Two Towers are some of the more prominent examples. Gray is the color to be and X-Men 2 seems well-aware of that fact.

After the White House attack, we start to spend some time with our returning cast members. We’re in a museum, reuniting with the teachers (Jean is having telepathy problems), and the kids (Pyro starts the fires and IceMan puts them out). We see Professor X freeze time to give a talk about self-control, and then we move away from the museum to Alkaline Lake where Wolverine in looking for answers to his past, but finding nothing at all.

For Wolverine, it’s nice that the movie picks up right where the last one left off. The same can be said of Magneto, who we soon find sitting tight in his plastic prison. Singer is very much in control of both movies and uses this follow-up to reinforce ideas of the first film.

After the introductions to some of our characters from the last film, the movie takes us back to the White House to meet William Stryker, played by the great Brian Cox. This is the guy who made Wolverine the way he is, pumping indestructible metal into his body as part of an experiment. Cox has a vendetta against mutants, spawned on by some backstory involving his son, and he wants the president’s permission to take them down.

There are two story lines going on throughout this film. The first is about the mutant who attacked the president. Who is this guy and why did he do it? The X Men want to know and so they go after him. The second storyline involves Brian Cox as a villain who attacks Xavier’s school, kidnaps some of the children, and becomes the big enemy of the film.

There is much more action in this movie than the first film. Wolverine fought off two single enemies in the first movie, Mystique and Sabertooth. Here, he gets to not only take on a single enemy, Death Strike, but also unleash on the soldiers who come to the school. Aside from Wolverine, there are jet fights, tornado attacks, dam explosions, and flying metal balls that fire through the air as razor sharp weapons. Action-wise, this movie certainly covers its bases.

In terms of plot, the movie also has a lot going on. This is the single movie in the franchise that gets close to Wolverine and how he came to be. There’s also the mystery of Night Crawler and a team up of both Xavier’s X-Men and Magneto’s Brotherhood. I love team ups between the good and bad guys of previous movies to now go after a common enemy. Blade 2 had it, and X-Men 2 takes a note from that film and uses it well.

The movie is dark and mysterious, but its also action-packed. We get to see much more of what these mutants can really do in this film, as Bryan Singer is clearly going for something much bigger than the first picture. Brian Cox makes for a good villain and while there’s a little too much talk of the jet and plot points involving the machine called Cerebro, the movie gets to the heart of the mysteries it wants to uncover and keeps the action and excitement moving strong. Its a very well-made film and it might not be better than the first X-Men movie, but it certainly ups the ante and raises the tension and excitement to a new level.