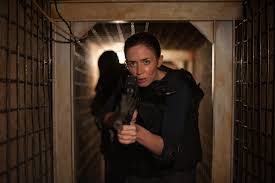 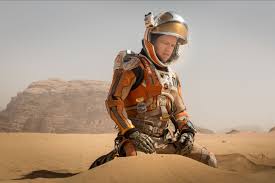 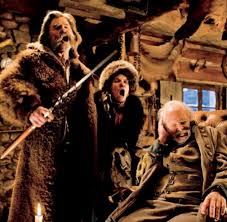 First of all, it should be notes that this list is very much subject to change. By this time next year, when I look back my top ten list from 2015, I expect there to be some major changes. Mostly in the lower spots on the list (8,9,10.) That’s because of two reasons. First, I will have seen many more films by them that as of now I have missed. Two that stand out immediately are Ex Machina and The Gift, both of which are supposedly great.

The second reason is that I will have watched many movies more than once, and this will change or alter my opinion of them. Take Mad Max: Fury Road, for example. I’ve only seen that once, and as of now, I think it is just okay. But I get the feeling that’s the kind of movie where the more I see it, the more I will come to appreciate it. The same with Spotlight, which nearly made my top ten list. It was a great movie, but just a little too anti-climactic.

As of now, the only sure things are the top four movies, and even those might have their order shuffled around. I absolutely loved Sicario and Kingsmen. In fact, I’ve now seen Kingsmen twice and whatever minor flaws I found in it the first time, were long gone by the second time. I’ve come to realize now, that it is a pretty near perfect movie, including a great master plan by the villain, which actually makes sense. And how about his henchman, with those sword legs?

I really enjoyed Spy and Burnt, but I wonder if the fun of those movies will actually hold up after multiple viewings. Similarly, I expect to like the Hateful Eight even more after seeing it again. that is completely due to Tarantino, and how his dialogue really needs to be studied, savored, and appreciated. It was a very good movie, but something tells me when looked at more closely, it will actually turn out to be great.

That leaves four movies on the list. The Martian, Ant Man, Straight Outta Compton, and Star Wars: The Force Awakens. Let’s start with Star Wars. Absolutely thrilling. If just for the action alone, this movie was fantastic. And now bring in the incredible costumes, use of sound and effects, and storyline that connected these new, young actors, and brand new characters. Combine that with some older, nostalgic characters and actors, and plenty of references to the original films. What a movie.

I enjoyed Burnt a lot, but I’m betting that one doesn’t hold up. It was more of a psychological movie than anything else, about a guy who was arrogant and a jerk, and never looked back. The humor was there, but the story was just okay. That movie is definitely a big question mark for me right now, until I see it again. I will say that Bradley Cooper is a fantastic actor, and pretty likable in just about anything, (I haven’t seen Aloha yet, and that might just be the movie that proves this theory wrong.) But my understanding is that he’s the best thing about the new David O. Russell movies, Joy, and that when she shows up in the movie, (after about thirty minutes or so,) the film is suddenly elevated to a whole new level. And I just rewatched American Sniper with Cooper, and boy was he good.

For Straight Outta Compton, I suppose it probably will hold up. The acting was pretty great in that film, by a whole ensemble of a cast. There was Ice Cube’s son, O’Shea Jackson, the guy who played Eazy E, and then Paul Giamatti, who is always a major plus. He is one of the greatest supporting actors of all time. I look forward to seeing that one again.

Finally, there’s Ant Man. Another Marvel success story. These guys are pretty great. Even when the movie is just okay, like Thor: The Dark World, there is still quite a lot to appreciate. This year Marvel put out The Avengers: Age of Ultron, which had so much going on, that it bordered on being a little too stuffed with ideas. Still, it was a smart and interesting movie. Once again, the characters popped off the screen. The Vision, in particular, was the standout of that film. With Ant Man, it’s the humor and creative action. Paul Rudd is perfect for the campy kind of role, and he gets great help from actors like Michael Douglas and Michael Pena.

The last movie worth mentioning is Creed. It didn’t quite make my top ten list, but if I had to predict movies that will be on the list in about a year or so, (hopefully a lot sooner,) Creed is definitely one of them. It’s right up there with Spotlight as a movie that nearly makes it, and that’s after just one viewing. I enjoyed that film a lot. Stallone, in particular, was fantastic, in the same sad sack with heart kind of way, that he brought to Cop Land.

So my prediction is that Burnt and Spy find themselves cut from the list, Creed and Spotlight find themselves on it, and either Ex Machina or The Gift makes its way onto the list as well. Maybe in place of Ant Man. Let’s see what happens.